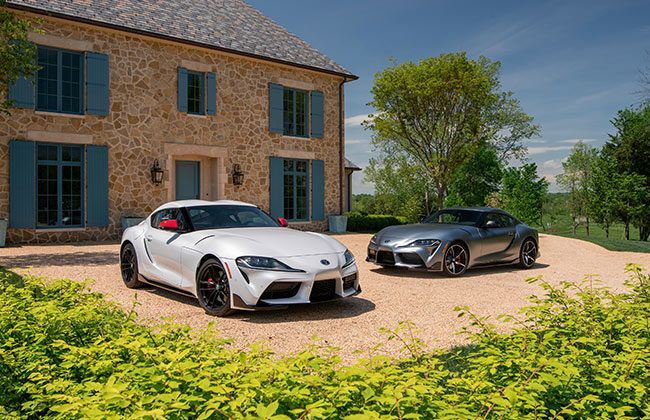 MANILA: Toyota made us wait for as many as 17 years before bringing the Supra back. That is a long wait, isn’t it? With the automobile manufacturers pouring car after car, Toyota should have brought back the icon a little earlier. However, it’s always better to be late than never.

The automobile enthusiasts have welcomed the revival of the Supra after all those years with both their arms open. Testament of the fact is the auction of the first production model of the 2020 Toyota GR Supra, where the Japanese sports car fetched $ 2.1 million. So, when do the fanatics around the world get to grab their GR Supra?

There will be a special edition, Launch Edition of the sports car which will be a slightly tweaked version of the 3.0 Premium model. The history of the Toyota Supra stretches back to the 1960s when the 1967 2000 GT came out. Then we had the 1993-2002 Supra. There is no denying to the fact that both the icons from the past have been an inspiration for the 2020 model, however, the newest iteration of the Supra is a car belongs to the present.

Speaking of the stuff under the glorified beauty of the 2020 Toyota GR Supra, there is a 3.0-litre turbocharged inline-six motor that pumps out 340 PS of maximum power and a peak torque of 495 Nm. The presence of continuously variable timing on both the intake and exhaust camshafts, direct fuel injection, and the twin-scroll turbocharger further enhance the performance of this inline-six.

The ride and handling are strengthened by the adaptive suspension and standard active differential. Coming to the transmission, the power on the 2020 Toyota GR Supra is sent to rear wheels via an eight-speed automatic transmission which can also be controlled through paddle shifters. The new Supra is the fastest ever Toyota car and with 0-100 kmph run taking no more than 4.2-seconds.

As mentioned earlier, there will also be a Launch Edition that will come out once the sales of the 2020 Toyota GR Supra begin. Moreover, the starting batch of 1,500 cars will comprise of the Launch Edition Suprs sports cars.

It will be exclusive for the North American market and feature a carbon-fibre badge on the passenger-side dashboard which will show off the serial number of the car along with the signature of Akio Toyoda, who is the Toyota Motor Corporation President and Master Driver. The different models of the 2020 Toyota GR Supra will cost - Launch Edition $ 55,250 (Php 2.89 million), 3.0 $ 49,990 (Php 2.61 million), 3.0 Premium $ 53,990 (Php 2.82 million).