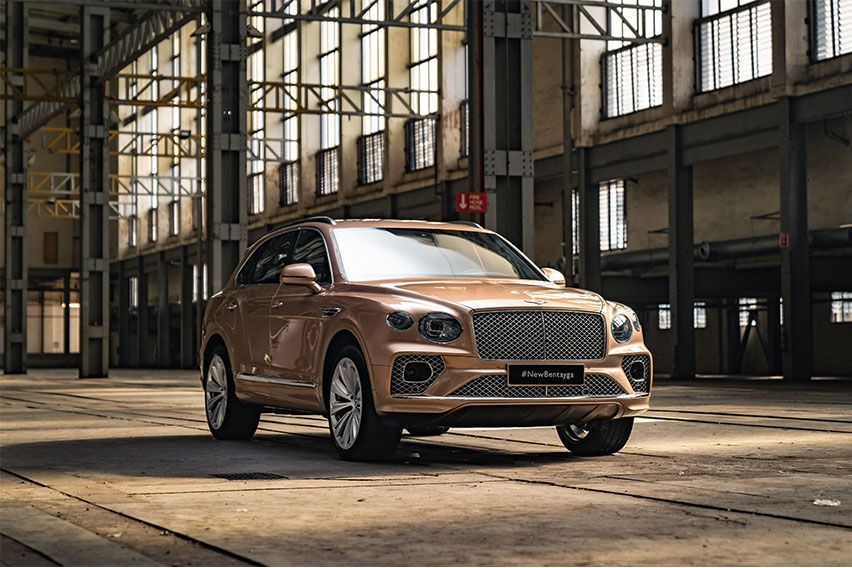 MANILA: The new Bentley Bentayga is rolling out to Asia-Pacific markets, and Bentley Motors is introducing it in the region through what the UK premium carmaker calls an “interactive virtual experience.”

Available online on findyourextraordinary.bentleymotors.com until January 4, 2021, the site allows viewers various ways to explore the luxury SUV as they’re given choices while navigating aspects of the vehicle virtually.

“The new Bentayga has been reimagined to offer the ultimate in power, luxury and usability,” said Bentley Motors Asia-Pacific Head of Marketing Calista Tambajong. “As these unprecedented times have given rise to changing media consumption habits, we are inspiring our customers and Bentley enthusiasts to embark on a virtual adventure. Each individual may be drawn to different aspects of the new Bentayga. Through the interactive virtual experience, we are imparting freedom to our audience to choose the way they explore the new Bentayga.”

Designed, engineered and handcrafted in Crewe, England, the Bentayga is the first car launched under Bentley’s Beyond100 business plan. Some 20,000 Bentaygas have already been made since its debut – surpassing the segment competition. The Bentayga is said to be a combination of “a performance grand tourer, a luxury limousine, a spacious family car and an off-road vehicle.”

The new iteration’s “strikingly dynamic look,” draws inspiration from the brand’s new design language, previously seen on the third-generation Continental GT and all-new Flying Spur. The intent is to make the three sibling models “more visually connected than ever before.” Bentley designers also went for a cleaner, modern look on the Bentayga.

The cabin of the refreshed Bentayga also gets “significant” revisions including a new center fascia and steering wheel, new door trims, and all-new seats. Rear passengers of the five-seater option get ventilation as well. Legroom has been increased by up to 100mm.

Under the hood is the familiar 4.0-liter, 32-valve, dual twin-scroll turbocharged, V8 gasoline engine boasting both power and fuel economy. Mated to an eight-speed automatic gearbox, the V8 develops 550ps and 770Nm of torque. The Bentayga can reach 100kph from standstill in 4.5 seconds, and has a top rate of 290kph.

Bentley reported that the new Bentayga V8 can cover 639km, with CO2 emissions of 302 g/km. “This refined efficiency (13.3 l/100 km combined) is partly due to the ability of the engine to de-activate four of its eight cylinders in suitable conditions, without compromising the drive.”

Also read: Bentley, OCTOPUS reach out to an e-powertrain future