Looking for a used Suzuki Ciaz for sale?

Not sure if the Suzuki Ciaz is the right fit for you?

The Suzuki Ciaz comes across as a highly practical compact sedan that is high on space and efficiency, but low on visual appeal, thanks to its too sober styling. If you want something more premium and special, there are some other Japanese sedans in the same price range and category as that of the Suzuki Ciaz, such as Toyota Vios, Honda City, and Nissan Almera.

About the Suzuki Ciaz - Overview

Replacing the quite muscular-in-appearance, the Suzuki Ciaz was introduced as a much more elegant and sleeker-looking alternative and was positioned as Suzuki’s most premium offering in the sedan category. Banking on the practical aspects like highly spacious cabin, fuel-efficient engine and ease of driving, the Suzuki Ciaz became a popular choice for those who look out for a the aspirational value of owning a big three-box sedan without splurging too much money on one.

The Suzuki Ciaz was launched in 2016 in its first-generation version, and despite the fact that other markets have already received the facelift model of the same, the Philippines car market continues to get the same old model as of now. The Suzuki Ciaz is being offered in two different variants, namely:

Both these variants of the Suzuki Ciaz get a 1.4-litre four-cylinder naturally aspirated petrol engine, which churns out 93 PS of maximum power and 130 Nm of maximum torque output. The variants differ only on the basis of transmission options available – a 5-speed manual gearbox in the MT and a 4-speed automatic gearbox in the AT variants.

The Philippines-spec Suzuki Ciaz might not be as well-equipped as the one sold in other markets like China and India, but it still manages to get the essentials like a touchscreen infotainment system, manual air conditioning, power windows, electrically adjustable rearview mirrors, projector headlamps, push-button start with keyless entry and alloy wheels. The Ciaz banks heavily on its best-in-class wheelbase and boot space, thus translating into great in-cabin space levels.

The Suzuki Ciaz was brought into the Philippines’ car market in 2016 and has almost remained unchanged till yet. Some of the international car markets already received the facelift of the Ciaz in 2018, which saw the car receiving a new engine, LED lights all around, bigger alloy wheels, and many other new features. However, this facelifted model is yet to arrive in the Philippines.

While the Suzuki Ciaz offers great levels of practicality making it a viable option for a family-oriented buyer, there are some aspects of the sedan which cannot be ignored for good. Following are all the pros and cons of Suzuki Ciaz:

With best-in-class wheelbase and boot space, the Suzuki Ciaz offers tremendous levels of space inside the cabin, with an immense amount of knee room, legroom, and boot capacity
The petrol engine is super smooth and efficient and offers best-in-class fuel economy figures, thus being easy on the pocket to run.

The petrol engine feels bland and uninspiring when it comes to outright performance, with limited power band and linear power delivery making it a boring car to drive
The overall visual appeal of the Suzuki Ciaz looks very sober and pale, especially after the fact that the facelifted model has already hit some of the other global markets

Used Suzuki Ciaz for Sale Philippines Price List starts at ₱398,000 for the model Suzuki Ciaz, in all a total of 7 2nd hand cars available for sale in the Philippines 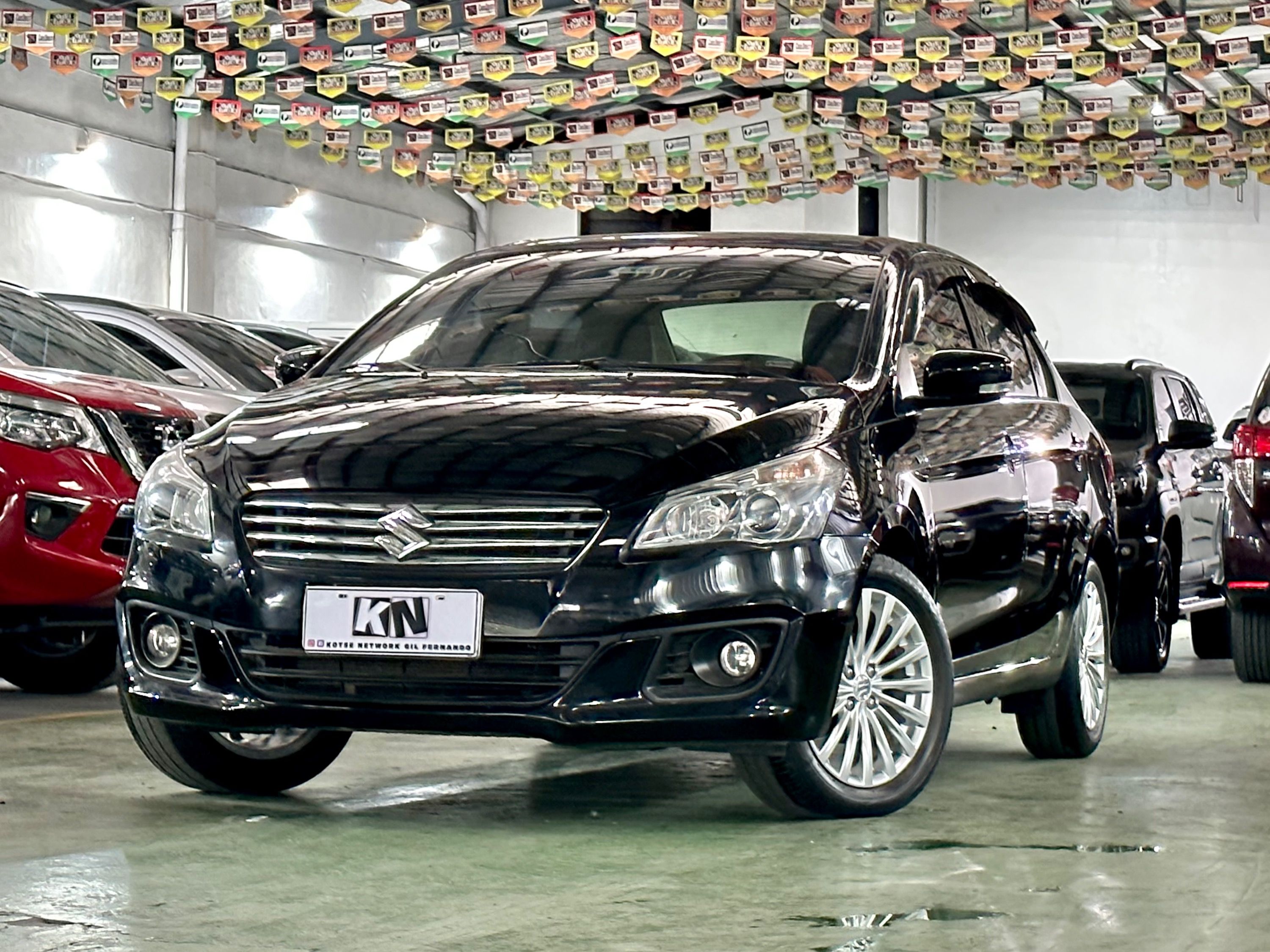 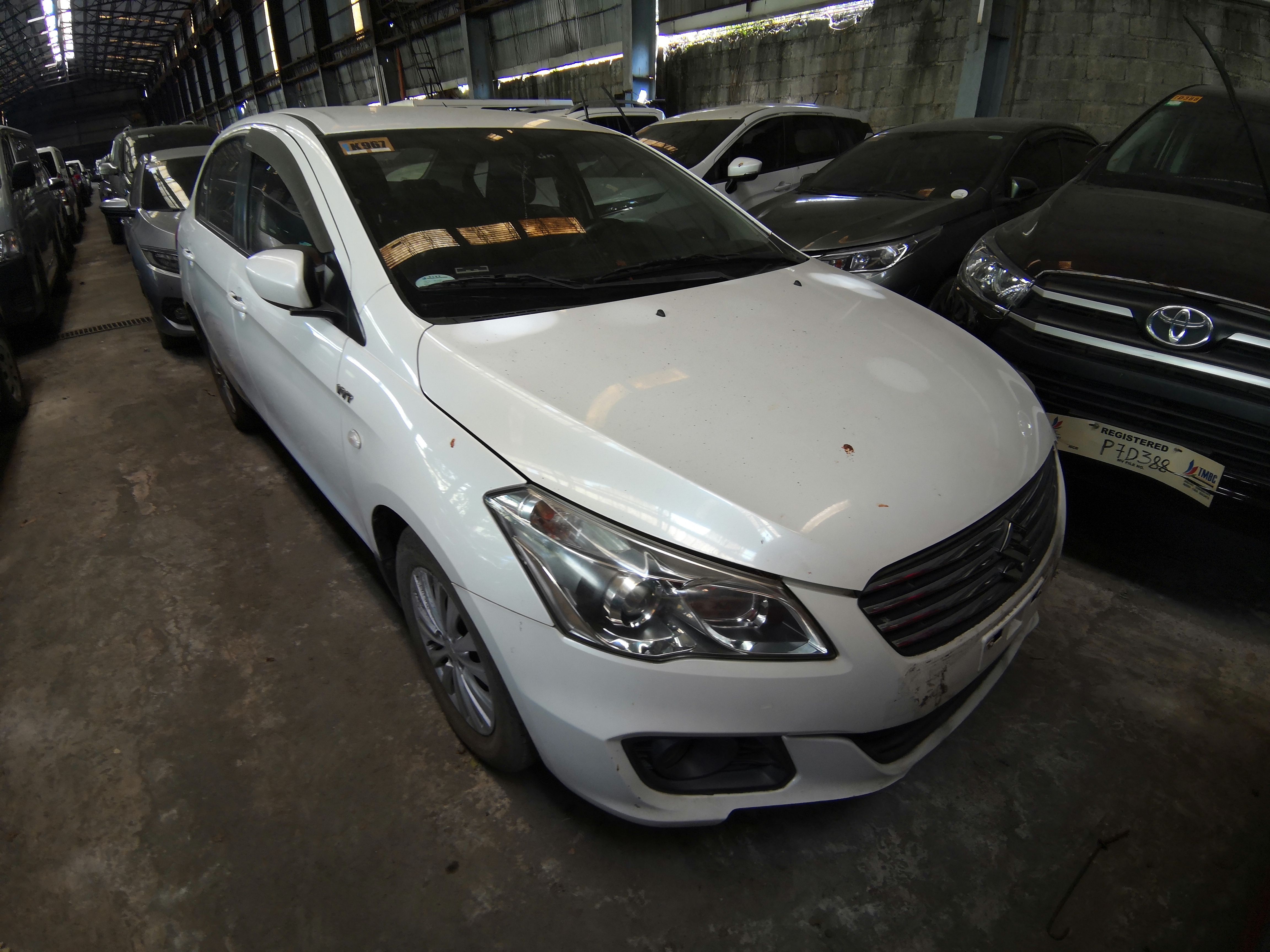 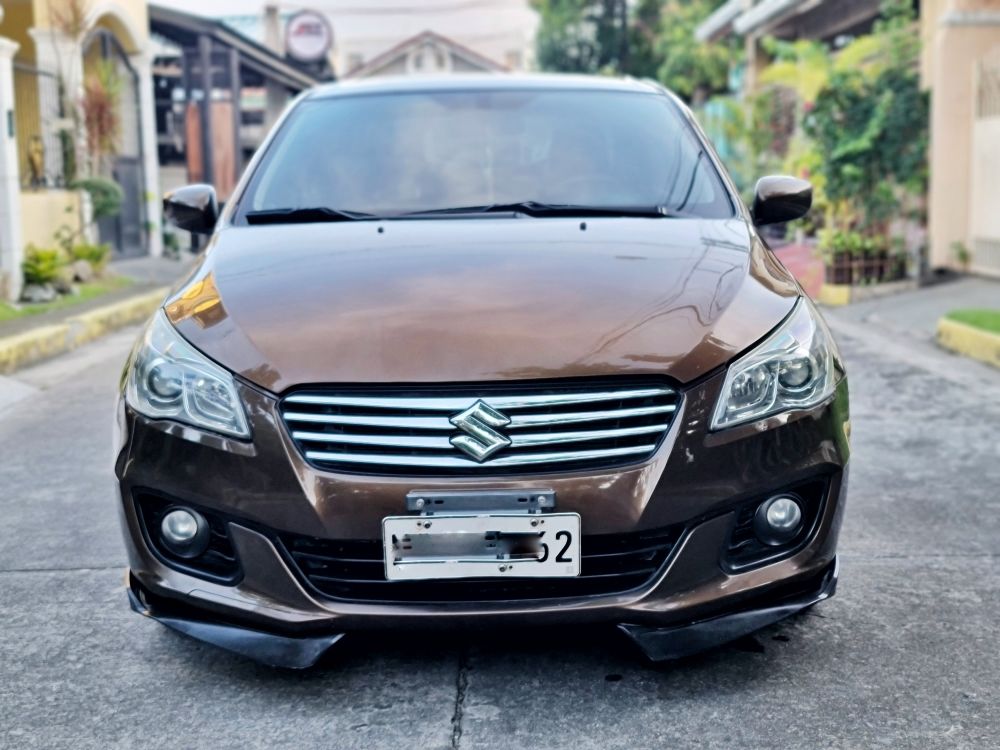 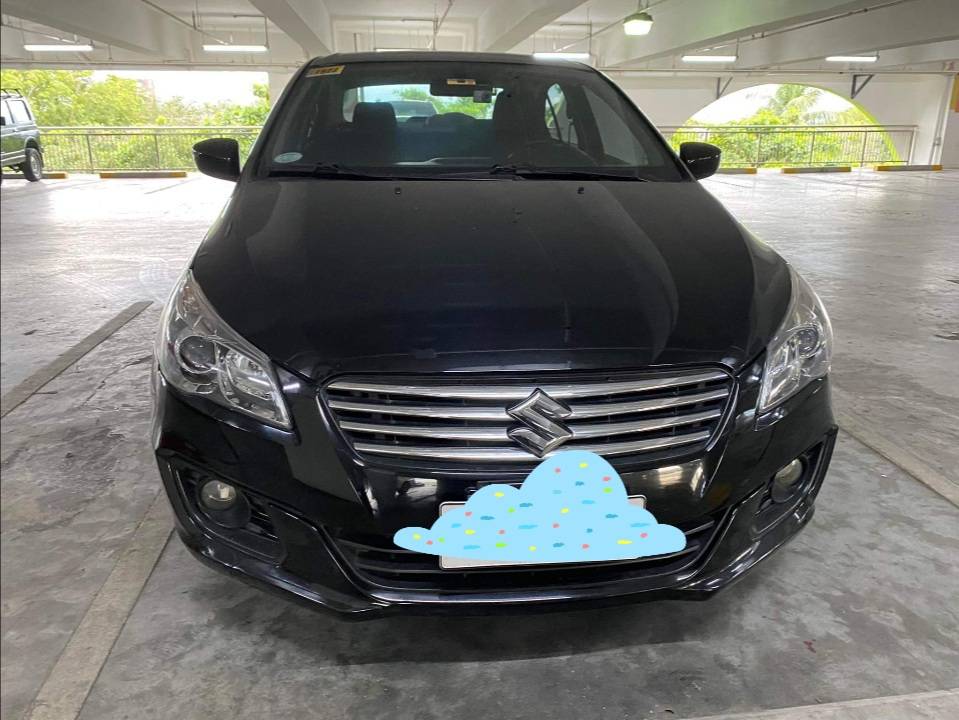 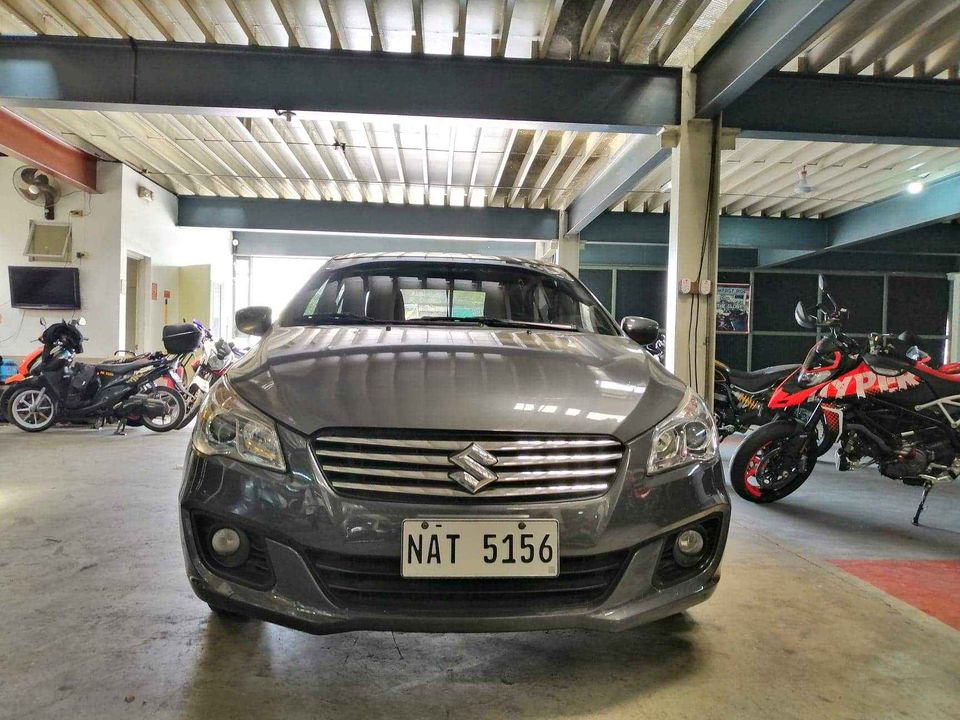 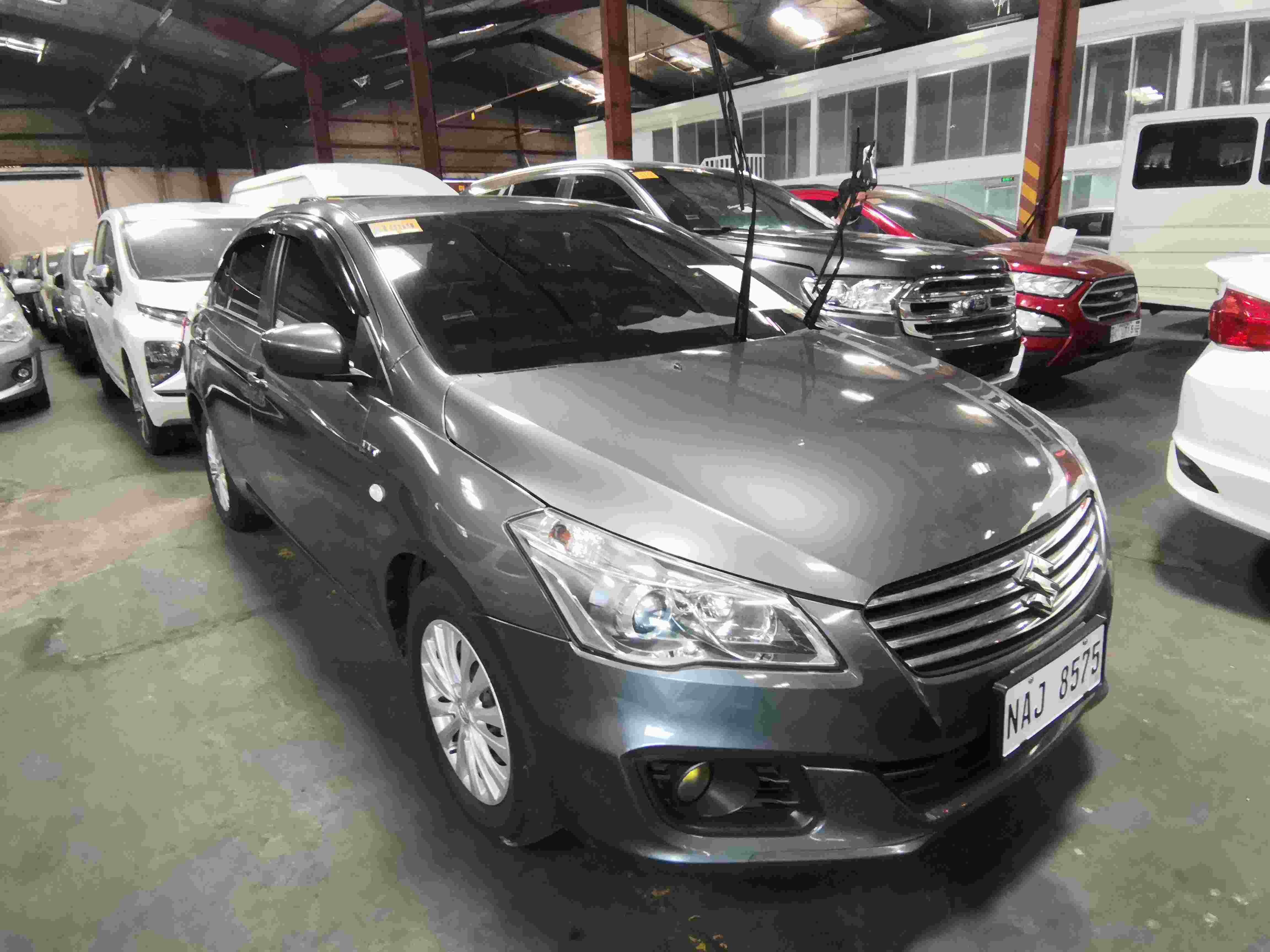