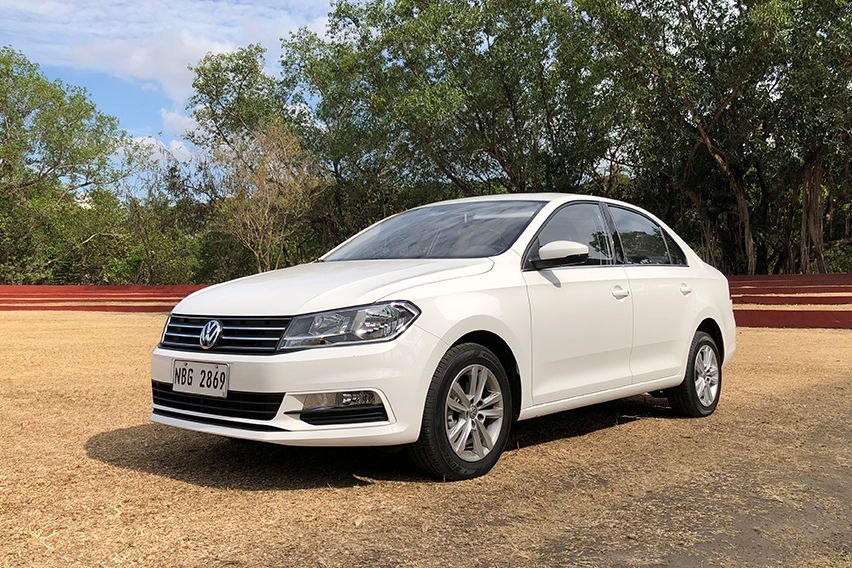 Volkswagen is throwing down the gauntlet in the subcompact segment and putting out four trims of the entry-level Santana sedan, and all are priced at under a million, starting at P686,000 for the manual.

This unit is a Chinese-built subcompact (although it is classified as a compact globally) that takes the place of the Jetta in VW’s domestic lineup because it is priced a lot cheaper than models made in Germany due to the ASEAN-China Free Trade Area that puts lower tariffs on Chinese imports to the Philippines.

I take out the trim’s top-of-the-line, the Santana 180 MPI AT SE, to see what it brings to the market.

It appears a little bigger at first glance, to the point where you’d think twice if it was a subcompact. Wheelbase is at 2,603mm, which makes it the longest in the segment — but not by much.

The body is more modest than competitors and gets by on a few very simple character lines to capture the eye and give its exterior some semblance of shape.

Like most VW units, the orientation of the façade is vertical and design is plain — just the four slats and the badge in the middle. It does make up for it with sharper-looking headlamps with auto function, plus a feature that turns the lights on when you unlock and/or keeps it on a few seconds after you lock it, which makes it easy to find at night. At the bottom of the bumper are wide air vents and neatly concealed fog lamps on each side.

Its profile appears much simpler and very basic. Small wheels wells and tires don’t really do it any favors as well.

The tail is a little shapelier with a discreet trunk lip and the surface where the plate number is attached is indented to create the first of many noticeable layers including the lines on the lid and the rear bumper.

The trunk can be opened manually via the latch or remotely using the key fob.

The high ceiling makes the cabin feel spacious, which has also affected the cabin’s layout as everything seems positioned higher than the average subcompact.

It was unusual that I had to knock the seat lever several times to lift the seat so that I could be level with the dashboard and the instrument panel.

Access to the interface is easy with clearly marked buttons along the side or via the icons on the screen. The touch system is accurate and very responsive, which makes it fun to use. It comes with Bluetooth connectivity, USB ports, an SD card slot, and a six-speaker system.

The dashboard and the panels are plastic but it sports faux leather graining, which is better than nothing, to gives the interior a bit of an upscale feel.

About the seats. The seatback is tall putting the headrest almost above my head but it does feel snug and comfortable. It uses synthetic leather and fabric combo.

Its standout cabin feature would definitely be the sunroof.

Other countries import the 1.4L or 1.6L turbocharged gasoline engine from China but we get the naturally-aspirated versions and this unit has the 1.5L with BlueMotion Technology (with revised engine mapping for higher fuel efficiency and lower emissions).

Acceleration is very snappy from standstill even with a modest 108hp and 150Nm of torque. It feels very responsive and quick even with the revs hovering at just below 2,000.

The six-speed automatic transmission feels smooth and intuitive to the point where it engine-brakes a lot earlier than other units to help you slow down approaching traffic.

Overtaking won’t be a problem in the city for sure, but you may need more than the average throttle pressure on the highway.

It feels like it sits higher on the ground than other subcompacts because of the commanding view from the cockpit.

The suspension delivers a nice mix of firmness and comfort. It’s able to take potholes and speed bumps without so much as a thud but what it needs to improve on is reducing noise, vibration and harshness (NVH) levels.

When it comes to handling, its limits are about as high as a newbie driver and its body will communicate it to you immediately. Turning is okay, but cornering (with some speed) is for a future update.

At P993,000, it is slightly more expensive than its counterparts but remember that this is the top trim already so you get the sunroof and the branded audio system.

VW also tops it off with added value by cutting down on periodic maintenance to just once a year (or after every 10,000 kilometers), and giving it a three-year warranty (or 100,000 kilometers), plus one-year 24/7 free roadside assistance.

So, on to the big question, is the Volkswagen Santana 180 MPI AT SE a subcompact contender?

It certainly has some ground to cover to reach the level of familiar nameplates but it has something good to work with. Its city car qualities are there, but I have yet to see how it will do on big highways.

The cabin is appointed enough for the segment and it has enough spunk to make it fun on the road.

It may not yet take the market by storm, but it’s a contender for sure.