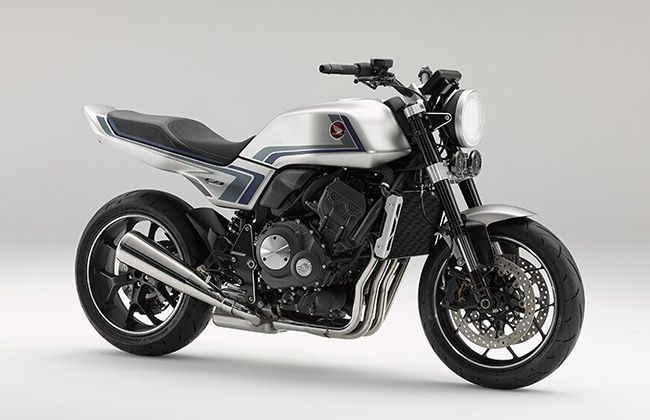 MANILA: At the 47th Tokyo Motorcycle Show and 36th Osaka Motorcycle Show this year, Honda was expected to debut its all-new designs and motorcycles. Nevertheless, as both events were canceled due to the Covid-19 pandemic, Honda decided to proceed digitally with the launch of its most exceptional event showcase.

Honda officially unveiled the Honda CB-F concept, a sport-naked, retro-styled motorcycle. The CB-F concept belongs to the “Neo-Retro Sports” category of Honda motorcycles. To pay tribute to the popular CB900F/CB750 models, Honda developed this concept. It is also the company's way of revisiting the six-decade legacy of the CB series.

The Honda CB-F concept involves a combination of cutting-edge technology with a style that is based on the CB900F (CB750F model of Japan).

The latest product lineup of Honda in this market is comprised of two high-capacity bikes. These include the CB1100 and the CB1300 models. The CB-F concept is a  substitute for the CB1000R model, leading to the introduction of a retro-modern bike.

The CB-F concept motorcycle is expected to be driven by a 998cc, four-valve, four-cylinder, water-cooled inline DOHC engine that delivers fast power through the ample torque and rev range. The amount of torque and power, coupled with a six-speed transmission, is something that Honda has chosen not to reveal as of this time.

Honda also used inverted forks at the front for suspension functions. The model also has a single-shock rear suspension system with an individualized swingarm built from lightweight aluminum.  The bike is 1,070mm tall, 790mm wide, and 2,120 mm long.

The chassis of the CB-F Concept is a lightweight single-backbone system made of high-tensile steel. The inverted front fork suspension offers outstanding road-capability in both winding and urban streets and a remarkable riding sensation. The rear suspension is a single-sided Pro-Arm lightweight aluminum design.

On March 27, Honda announced on the “Honda Virtual Motorcycle Show” website the Honda booth, and the 29 motorcycles of different categories to be launched, which also includes the CB-F concept.