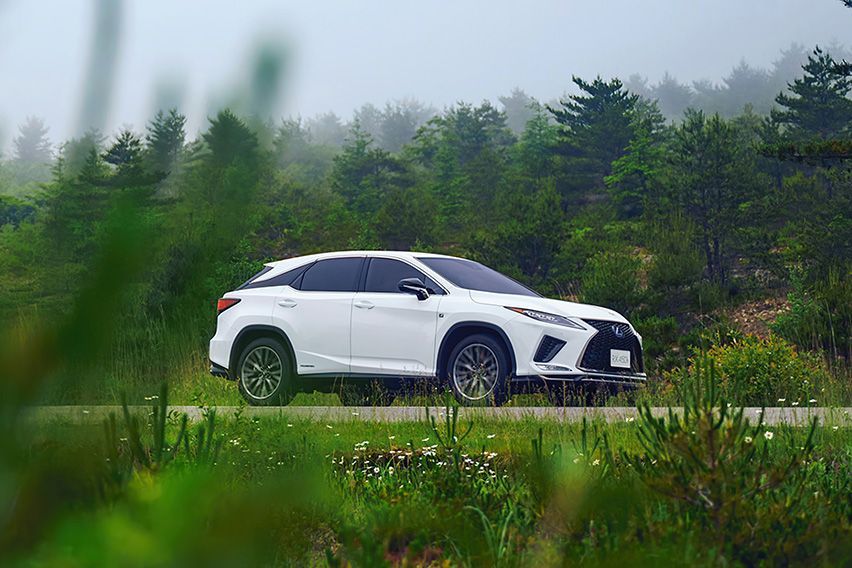 Lexus introduced the first self-charging luxury hybrid vehicle in the world in 2004 and today some two million Lexus hybrids are being driven across many countries.

In the Philippines, the luxury brand has the broadest selection of self-charging hybrids in categories such as compact SUVs, coupés, and sedans.

Pollution reduction and optimization of fuel efficiency have been the objective of Lexus. Advanced hybrid technology, which integrate motive power from the gasoline engine and the electric motor, has become accessible to more people.

Creative thinking and smart engineering have also contributed to other advancements that decrease energy loss.

For instance, the engine instantly shuts off when the car is stationary, and the energy is replenished through the transformation of the car’s kinetic energy into electrical energy during braking and deceleration.

The global acceptance of green technology

Hybrid technology will keep evolving over the years, and major achievements will  surely follow suit. In 2005, this system was applied to power-hungry SUVs, and the Lexus RX 400h was the first luxury hybrid vehicle to apply this technology.

At the end of 2015, the RC 300h, the first luxury hybrid sports coupe, had its global premiere.

In 2016, Lexus International declared that it had sold more than one million hybrid vehicles since the Lexus RX 400h was made available to the market in April 2005.

In 2011, the Philippine industry revealed its first Lexus hybrid — the CT 200h. At present, the NX, RX, IS, and LS hybrid variants can be availed locally.

The Lexus LS 500h flagship model is fitted with the new Lexus Multi-Stage Hybrid System, an innovation that changes the driving appeal and performance of hybrids. It offers increased responsiveness and more engaging, linear acceleration, specifically when moving from standstill.

The new Lexus IS 300 Hybrid and the IS 300 Hybrid Premier sport sedans were designed and engineered at the Shimoyama Technical Center, where the most demanding and difficult roads in the world have been reconstructed.

This resulted in an IS range that is flexible. The IS 300h that takes pride in hybrid technology gradually adopts the DNA of the Lexus brand.

Considered to be the pioneer in luxury SUVs, the Lexus RX 450h, exhibits a bold presence in this category while expanding and holding true to the initial standards of previous hybrid RX versions.

On the other hand, the NX 300h possesses the Lexus Multi-Stage Hybrid System that delivers an enhanced driving experience and a new level of innovation to the Lexus crossover.

The transformation of hybrid drive technology

The Multi-Stage Hybrid System was engineered with contrasting objectives in mind — to attain the potential balance of fuel consumption and power, and to develop a hybrid with a more responsive and sporting driving experience through close alignment of engine speed with throttle inputs.

The new Multi-Stage Hybrid System combines the essential elements of a conventional full hybrid powertrain, which include a lithium-ion battery pack, a powerful electric motor, and a high-performance petrol engine, to an automatic gearbox placed at the rear of the hybrid transmission.

The electric motor produces a more appropriate acceleration feel compared to a traditional engine. Thus, the addition of physical gears contributes to the closer alignment of engine speed with the inputs of the driver.

Moreover, this leads to a more direct connection between vehicle acceleration and the accelerator pedal, which results in quick zero-to-100kph times.

The Lexus Multi-Stage Hybrid System also comes with the “M” mode, which provides drivers the capability to allow responsive and precise gear changes to experience the most pleasant and sporty drive ever from a Lexus hybrid.

A lithium-ion battery as well as a new compact and lightweight electric motor compensate for the additional automatic transmission.

Thus, the Multi-Stage Hybrid System has the same weight as that of the existing hybrid powertrain — something that is worthy of being considered as a remarkable engineering achievement.

The future of Lexus

Lexus has put Hybrid Drive as a primary innovation in dealing with environmental concerns in the 21st century. Its aim is to improve the hybrid portfolio while promoting extensive hybrid use.

The core vehicle technology of Lexus will aid in minimizing CO2 emissions while offering a pleasurable driving experience. The brand has established clear goals for 2050 and more Lexus models will be rolled out with hybrid technology before this target year. Such goals are perceived to help lay the groundwork toward a greener future.