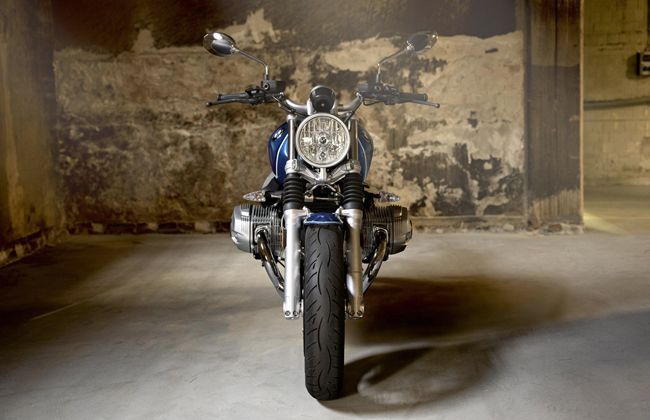 MANILA: In the commemoration of 50 years of BMW Motorrad’s /5 series, the German automaker has come up with yet another model for the R nineT lineup. The newest addition to the R nineT lineup is the 2019 BMW R nineT /5 that ignites nostalgic vibes. The history of the /5 series dates back to 1969 when the automaker decided to build new BMW motorcycles in Berlin. To start off with, various /5 models like R 50/5, R 60/5, and R 75/5 were produced by around 400 workers at the facility. The /5 series was an instant hit thanks to the fresh chassis, engine, and modern design philosophy.

The then prevailing rock culture was equally complemented by the ever so appealing BMW /5 models that came in some enticing colors. Coming back to the 2019 BMW R nineT /5, the tribute model comes bathed with a Lupine Blue metallic with smoke effect finish. The fuel tank features a double line marking along with an anniversary emblem. All of the rear mirrors, exhaust manifold, and the rear silencer boast a chrome finish.

The heart of the 2019 BMW R nineT /5 is a Euro 4 compliant 1170 cc boxer engine that makes 110 hp of maximum power. The stopping power is ample courtesy of the 320 mm twin disc brakes at the front. Moreover, the motorcycle also gets an ABS and ASC (Automatic Stability Control).

The double seat is also like the original unit found on the /5 series models. We also find gaiters on the telescopic fork, white piping, and grab straps on the motorcycle. While the frame of the motorcycle and the propeller shaft have been finished in black, the engine, gearbox, fork slider tubes, wheel hubs, and spokes, on the other hand, come dipped in aluminium silver finish. The pricing and availability of the 2019 BMW R nineT /5 will be announced very soon by the automaker.