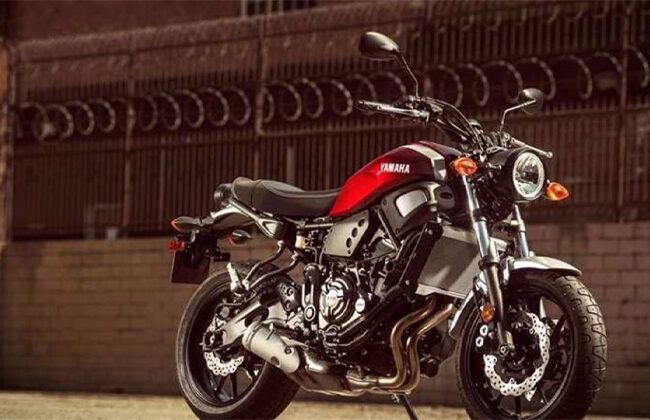 MANILA: No matter how fast the world evolves, some things keep coming back to us. And, that is what's happening with the modern world retro-styled motorcycles. The population seems to be loving these motorcycles with a blend of modern-age technology and classical design philosophy. The epitome of the fact is the success tasted by the likes of Honda CB150 in recent times. To grab its fair share in the market and give the Honda CB150 a run for its own money, Yamaha will be launching the XSR 155 in November, later this year.

The upcoming Yamaha XSR 155 carries an appearance inspired by its bigger siblings, the Yamaha 700 and 900 XSR. Also, it will be Yamaha Indonesia that will launch the baby XSR. The retro-like the headlights, taillights, and signal lights will contribute to the classical appearance of the upcoming Yamaha XSR 155. Furthermore, the Japanese motorcycle will also house an instrument panel similar to the one found on the XSR 700 and 900 models. However, unlike the bigger Yamaha XSR 700 and 900 where the Japanese automaker uses a trellis frame, the smaller XSR will be sporting a deltabox frame.

Moving on to the mechanicals, the upcoming Yamaha XSR 155 will get its power from a 155 cc engine that also comes equipped with a slipper clutch. The power figures read 19.3 PS of maximum power and 14.7 Nm of peak torque. Yes, this is the same motor that powers the Yamaha YZF-R15 V3. Other R15 V3 elements like the upside-down front forks, mono-shock rear suspension, and a six-speed gearbox will also make their way to the Yamaha XSR 155 when it comes out in November.

So, would you like for Yamaha Philippines to bring the upcoming XSR 155 to the country? Also, if you're not a retro-fanatic, Yamaha recently launched the much modern and alien-like MT-15 in the Philippines. The Yamaha MT-15 also gets the same 155 cc engine and comes at a price of Php 159,000. Why not check it out?