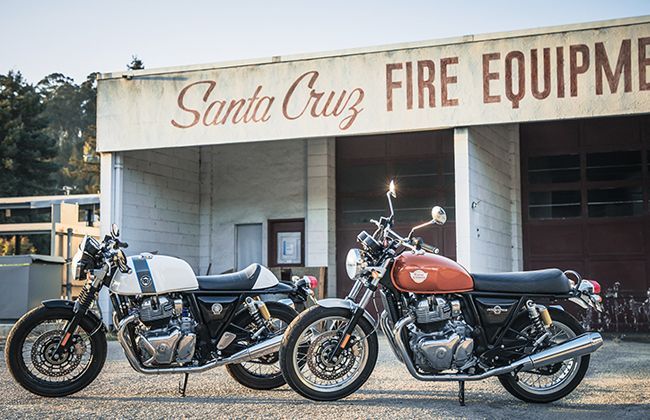 MANILA: Royal Enfield has introduced 2019 Continental GT650 and Interceptor INT 650 at En Tirage Restaurant in Mandaluyong City. Interestingly, these are the brand’s first-ever bikes with a twin cylinder engine since the 1970s.

The company’s first dual engine was launched back in 1948. The original cylinder had a capacity of 500 cc and was used in high-performance models like Super Meteor. Speaking about the Interceptor, the original version of this two-wheeler was introduced back in 1960.

The 650 cc dual-cylinder engine that is provided on the Continental GT and Interceptor INT is claimed to produce a maximum power of 48 PS at 7,250 rpm and a peak torque of 52 Nm at 5,250 rpm. It is further assisted by a six-speed transmission with the help of a slipper clutch.

The Continental GT sports an angular fuel tank along with clip-on handlebars. It comes with 18-inch wheels and Pirelli Phantom Sport-comp tires. The seat height is 793 mm, the kerb weight is 198 kg, and the fuel tank has a capacity of 12.5-litre. The Royal Enfield GT would be available in three options - Standard, Custom, and Chrome - priced at Php 375,000, Php 380,000, and Php 385,000, respectively.

On the other hand, Interceptor INT650 features a teardrop tank, wide braced handles, and a quilted seat, which makes it suitable for the journey under challenging terrains. This model has a tank capacity of 12.7-litre, and the kerb weight is 202 kg. Like Continental GT, it is also offered in three variants. The standard one comes at Php 365,000, the Custom at Php 370,000 and the Chrome version is priced at Php 375,000.