May 28, 2022 - Currently, 9 Used Suzuki APV for Sale Philippines online. Check out the largest stock of old cars at best price, avail good condition Second Hand Cars in all over Philippines, starting at ₱260,000 only.

As on May 28, 2022 there are 9 Used Suzuki APV cars available for sale in the Philippines. If we talk about the popular body type then 6 Minivans and 2 Van are choice of filippino drivers. The Cheapest one is 2005 Suzuki APV GLX 1.6L MT for the price ₱260,000 driven 105000 Km and the most expensive one is 2020 Suzuki APV GA 1.6L MT priced at ₱985,444 driven 5000 km. Get great deals on good condition second hand Suzuki APV for sale in the Philippines with price, features, images and specifications.

Looking for a used Suzuki APV?

For a price of a premium hatchback or an entry-level compact sedan, Suzuki tried to play the card of versatility with its entry-level MUV, the Suzuki APV. Targeted towards small families who want an affordable multi-purpose vehicle, the Suzuki APV serves the smallest MUV of the Philippines car market.

The Suzuki APV is available in the Philippines car market for more than a decade now and was introduced here as a basic compact commercial compact pickup truck. However, Suzuki later tried to make it more usable for the passenger vehicle segment by transforming it into a more practical MPV.
Given its existence in the Philippines car market for a long time now, the Suzuki APV commands decent demand in the used car market, with the used car listing of Zigwheels.ph having 11 different samples of used Suzuki APV.

Not sure if the Suzuki APV is the right fit for you?

If the Suzuki APV is too small and tight on space for your large families, Suzuki sells slightly bigger and more practical MPVs in the form of Ertiga and XL7. Both the Ertiga and XL7 are plusher and more premium than APV, and the XL7 commands better visual appeal with its rugged styling bits similar to that of an SUV.

About the Suzuki APV - Overview

To take on the entry-level seven-seater vehicle category, Suzuki played its good old card of affordability by introducing the APV in the Philippines car market. This smallest MPV of the Philippines car market is positioned below the Ertiga in Suzuki’s lineup and has a footprint of a compact hatchback. This makes it an easy and user-friendly car to drive while having the practicality of a traditional seven-seater MUV.

Available in the Philippines car market for more than a decade now, the Suzuki APV is currently in the facelifted version of the first-ever model brought here. This current iteration of Suzuki APV is being offered in two different variants:

Both these variants of the Suzuki APV get the same powertrain option in the form of a 1.6-litre four-cylinder naturally aspirated petrol engine coupled to a 5-speed manual gearbox. This engine breathes out a maximum power output of 92 PS and a peak torque output of 127 Nm.

Given its compact and budget-oriented positioning, the Suzuki APV misses out on many premium and contemporary features. However, this small MUV still packs in much-required essentials like power windows all around, an 8-inch touchscreen infotainment system with 6 speakers and navigation support, manual air conditioning, and dual front airbags.

This was the time when Suzuki introduced the APV in two different versions – a small pickup truck and a small minivan. Both the versions shared the same engine and gearbox options, but the body style and seating configurations were entirely different.

The Suzuki APV got its first-ever major makeover in 2012, with the minivan getting subtle upgrades to its frontal styling and interior cabin layout. In 2017, Suzuki tried to make the APV slightly more premium by incorporating a few add-on features, while retaining the powertrain options under the hood.

While the price point of the Suzuki APV makes it a compelling option to buy, it has its own share of shortcomings too. Here are all the pros and cons of Suzuki APV:

The compact dimensions similar to that of a hatchback make the Suzuki APV a very easy-to-drive vehicle even in the tightest of traffic conditions.

The engine of the Suzuki APV is easily the most efficient 1.6-litre petrol engine around right now and is decently powerful for the MPV

The Suzuki APV is a seven-seater vehicle, however, the last row of seats is only good enough for kids and not full-sized adults due to limited knee room

Used Suzuki APV for Sale Philippines Price List starts at ₱260,000 for the model Suzuki APV, in all a total of 9 2nd hand cars available for sale in the Philippines 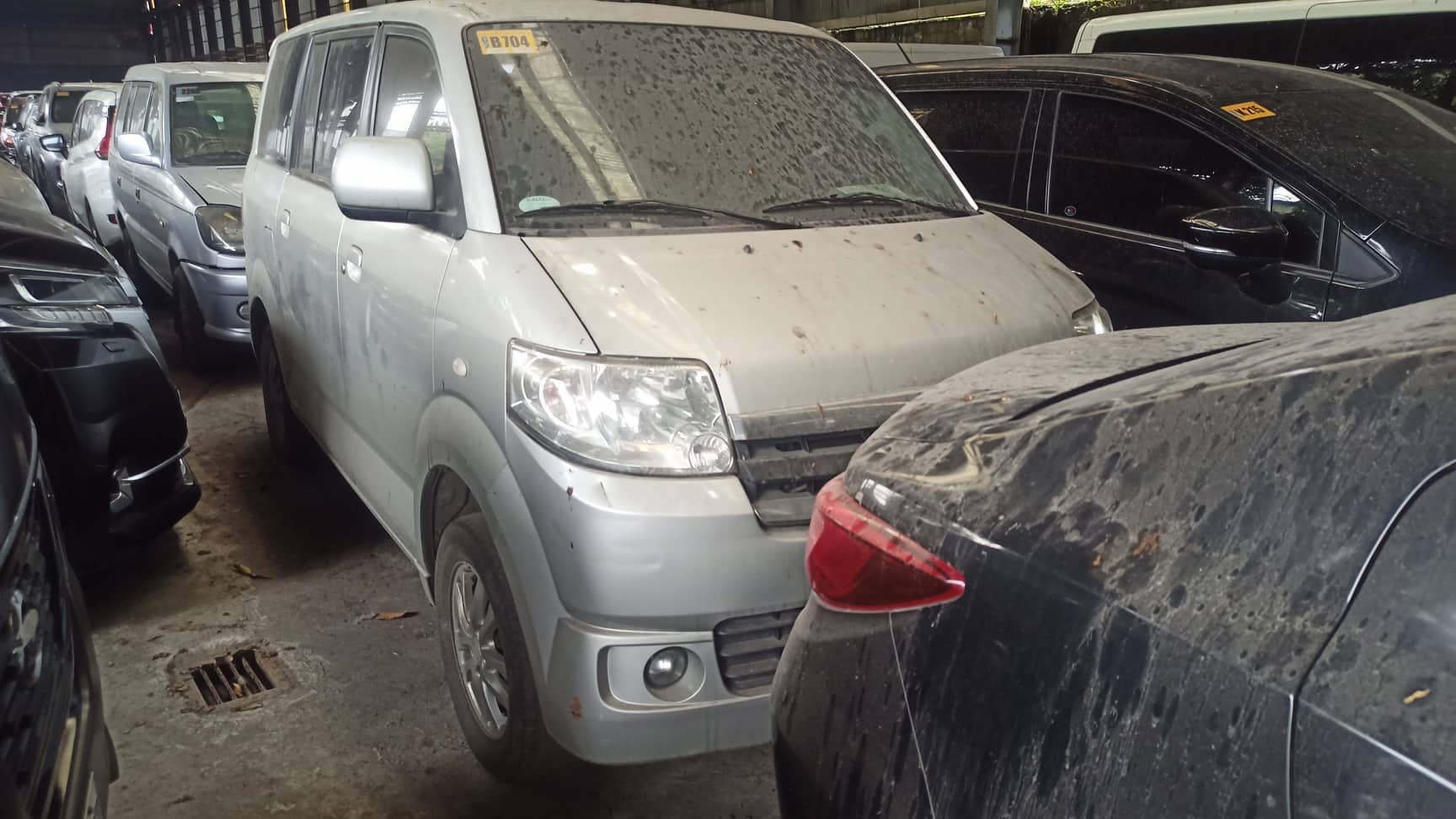 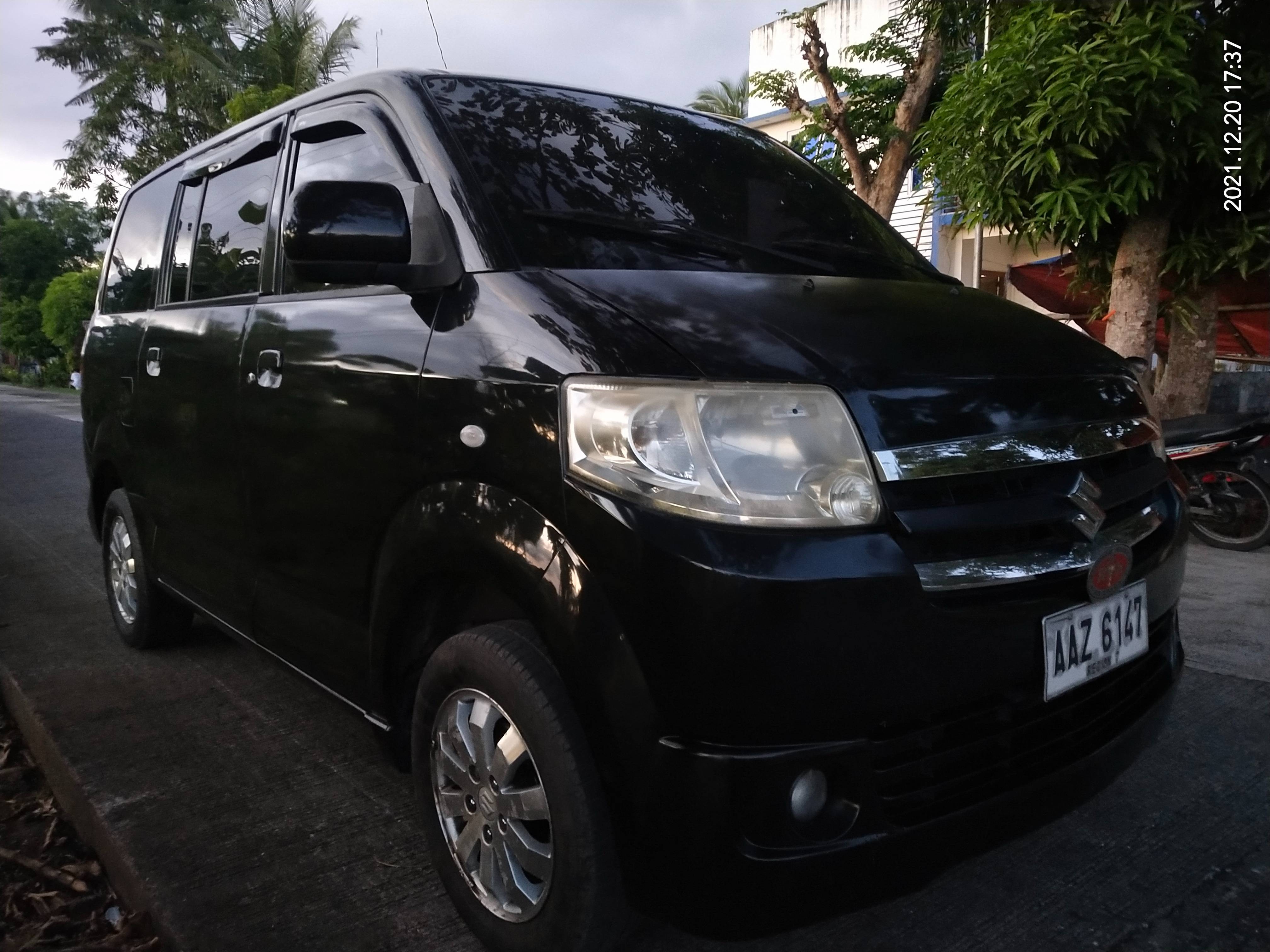