Used Sedan for Sale in Philippines

May 21, 2022 - Currently, 983 Used Sedan for Sale in Philippines online. Check out the largest stock of old cars at best price, avail good condition Second Hand Cars in all over Philippines, starting at ₱45,000 only.

As on May 21, 2022 there are 983 Used Sedan cars available for sale in the Philippines. The most popular 2nd hand Sedan car brands available for sale in Philippines are Toyota, Honda, Hyundai, Mitsubishi and Nissan and the most popular second hand car models available for sale are Toyota Vios, Hyundai Accent, Honda City, Toyota Corolla Altis and Mitsubishi Mirage G4. The Cheapest one is 1990 Nissan Sentra 1.6L SGX MT for the price ₱45,000 driven 61233 Km and the most expensive one is 2016 Rolls-Royce Phantom LWB priced at ₱24 Million driven 12000 km. Get great deals on good condition second hand Sedan for sale in the Philippines with price, features, images and specifications.

Second Hand Sedan for sale in the Philippines: Overview

The sedan remains one of the top-selling vehicles in the local car market and has given rise to some of the most iconic nameplates today. It’s built a reputation for being a practical vehicle with enough size to fit an average family. Besides having great driving dynamics, the sedan also boasts excellent fuel efficiency which makes it a low-cost vehicle to own and maintain. While SUVs have gained popularity over recent years, the sedan is still a favorite by Filipinos thanks to its overall reliability and longevity.

There are numerous classes under the sedan segment such as the compact sedan, the subcompact sedan, and the mini-compact sedans. These can often be differentiated from their roofline and their cargo trunk design. Compared to hatchbacks and station wagons, sedans have a three-box configuration for the engine, the cabin, and the cargo space.

Sedans are relatively smaller than the likes of SUVs and crossovers, but also large enough for versatile passenger and cargo needs. They’re also known to be more eco-friendly thanks to their smaller and more efficient engines.

The sedan is one of the easiest vehicles to own and drive and is an excellent choice for a first-time car buyer. Besides their overall affordability, they also boast premium levels of comfort and convenience features.

Popular Used Sedan for Sale in the Philippines 2021

The Vios is a subcompact sedan that has consistently topped the best-selling vehicles in the country year-on-year. It’s not hard to see a Vios sedan being used for both private and public use on the metro and this is because of its reputation for being a reliable vehicle. While it has received numerous facelifts and upgrades over the years, the Vios has retained characteristics that have earned it its title such as the multitude of advanced tech features, practical but modern design, and great ride quality.

There are two engine options available. The 1.3-litre gasoline engine generates 98 hp and 123 Nm of torque while the 1.5-litre mill produces 106 hp and 140 Nm of torque. These can be mated to either a 5-speed manual or a continuously variable transmission (CVT). Six variants are being offered with all trims including a 7-inch touchscreen infotainment as standard which is powered by the Toyota T-Link system for smartphone mirroring. Mid to higher variants do have some more control features such as Optitron gauge clusters. The Vios is also equipped with safety features such as 3 airbags, vehicle stability control, and hill start assist. Drivers have the option to upgrade to 7 airbags for added safety.

Available variants of the Toyota Vios include:

The Mirage G4 marked Mitsubishi’s entry into the subcompact sedan segment and quickly became a favorite of families for its fuel efficiency. The G4 is the sedan counterpart of one of Mitsubishi’s other best-sellers, the Mirage hatchback. This version took the hatchback’s fuel economy and practical features and added extra cargo space for a more versatile experience. This has earned it a reputation for being an ideal city car with its light steering and good maneuverability.

Powering the Mirage G4 is a 1.2-litre naturally-aspirated engine that generates 77 hp and 100 Nm of torque. This can be mated to either a 5-speed manual or a CVT. Inside the cabin is a 6.75-inch touchscreen infotainment display with Bluetooth, AUX, USB, and smartphone mirroring. Higher variants include GPS navigation. Safety features include SRS airbags for the driver and passenger and a brake override system. The lower GLX trim is not equipped with an anti-lock braking system.

Available variants of the Mitsubishi Mirage G4 include:

The Civic was Honda’s attempt to break into the compact sedan segment and was one of the early best-selling models when sedans had begun gaining popularity. Compared to Honda’s other sedan lineups, the Civic features an aggressive and sporty appearance that allows it to stand out from other models. Recent facelifts have seen more aerodynamic style changes to the vehicle. The Civic quickly gained a following after its introduction thanks to its reliability and powerful engine. Honda recently released the new RS Turbo variant which features a stronger powertrain.

Two engine options are available to choose from. The 1.8-litre naturally-aspirated gasoline mill generates 141 hp and 174 Nm of torque while the newer 1.5-litre turbocharged engine produces 173 hp and 220 Nm of torque. These can be mated to a CVT. Inside the vehicle is a 7-inch infotainment display that supports Apple CarPlay and Android Auto. The Civic also has multiple advanced tech features such as automatic headlights, speed-sensing door locks, a digital instrument cluster, and an electronic parking brake. The higher variant has added features such as automatic climate control, navigation, and an auto-dimming rearview mirror. Safety features for the Civic include six airbags, an anti-lock braking system with electronic brakeforce distribution, stability control, emergency stop signal, hill start assist, and walk-away auto-lock.

The Corolla Altis is Toyota’s compact sedan offering that features modern and trendy features. Toyota recently released a hybrid version of the model next to two additional variants. This means that more recent versions of the Corolla Altis will no longer have the original 2.0-liter engine and will be replaced by the newer 1.8-liter hybrid motor. The vehicle now offers five variant options that accommodate various kinds of driving demands and convenience needs. However, compared to the Vios, it’s definitely the pricier sibling.

Two engine options are available to choose from. The 1.6-litre naturally-aspirated gasoline engine delivers 121 hp and 153 Nm of torque. The new 1.8-litre hybrid engine also generates 121 hp but produces more torque at 207 Nm thanks to the help of the electric motor. Meanwhile, the earlier 2.0-litre naturally aspirated engine generates 145 hp and 187 Nm of torque. These can be mated to either a 6-speed manual or a CVT. For tech features, only higher variants get a touchscreen-capable infotainment display and a backup camera. Standard safety features include 7 airbags, an anti-lock braking system with electronic brakeforce distribution, vehicle stability control, hill start assist, and the Toyota Vehicle Security System which offers an alarm and engine immobilizer.

The Accent is Hyundai’s subcompact sedan offering and is available in either a hatchback or a sedan body design. This sedan model has built a reputation for being an efficient and modern city car that’s become a favorite by both families and young professionals. Hyundai has improved the cabin space and the design over the years to give it its sleek look today. They first unveiled a hybrid engine option for the third generation back in 2005 and currently have five variants available.

Buyers can choose between two engine options. The 1.4-litre naturally-aspirated gasoline engine generates 98 and 132 Nm of torque while the 1.6-litre turbo diesel engine produces 126 hp and 260 Nm of torque. These can be mated to either a 6-speed manual or a 6-speed automatic transmission. A 3.8-inch LCD screen with radio sits on the dashboard which includes AUX and USB. Climate controls are manual. Safety features on the Accent include dual SRS airbags, however, lower variants are not equipped with airbags.

Available variants of the Hyundai Accent include:

The City marked Honda’s entry into the subcompact sedan segment and is notable for its comfortable ride quality and great handling. Compared to its sibling, the Honda Civic, the City is a bit smaller. Honda has attempted to give the more recent generations a more modern appeal to compete with other popular models in the market. The vehicle has gone through numerous facelifts over the years, ranging from sporty to sleek. Four variants are currently available.

Powering the City is a 1.5-litre i-VTEC gasoline engine that delivers 119 hp and 145 Nm of torque. All variants can be mated to a CVT except for the lowest variant which is paired to a 6-speed manual gearbox. Inside the cabin is an 8-inch touchscreen audio infotainment system that supports Apple CarPlay and Android Auto along with WebLink. Higher variants also include a hands-free telephone feature with voice recognition for easy access while driving. The City also has a multitude of safety features such as three airbags, stability assist, hill start assist, an emergency stop signal, speed sensing auto locks, and a security alarm with an immobilizer.

How Zigwheels helps you find the best Sedan for sale

The sedan is the most popular choice for family cars in the country, gaining a reputation for being incredibly reliable and durable. It manages to combine both convenience and excellent ride quality without compromising on price. Besides being a great city car, it’s also an ideal choice for first-time car buyers who want an efficient and low-maintenance vehicle.

If you’re looking for a brand new sedan near you, Zigwheels.ph can provide updated Philippine prices through our comprehensive price listings. Sedans for sale in Subic, Cebu, Davao, and Iloilo City are some of the most-searched locations on our website. Also included is a list of the latest Philippine sedan promos for all kinds of budgets.

You can also visit our Zigwheels’s used cars for sale section where you can find thousands of listings for pre-owned vehicles from a wide range of auto brands.

Used Sedan for Sale in Philippines Price List starts at ₱125,000 for the model Toyota Corona, in all a total of 983 2nd hand cars available for sale in the Philippines 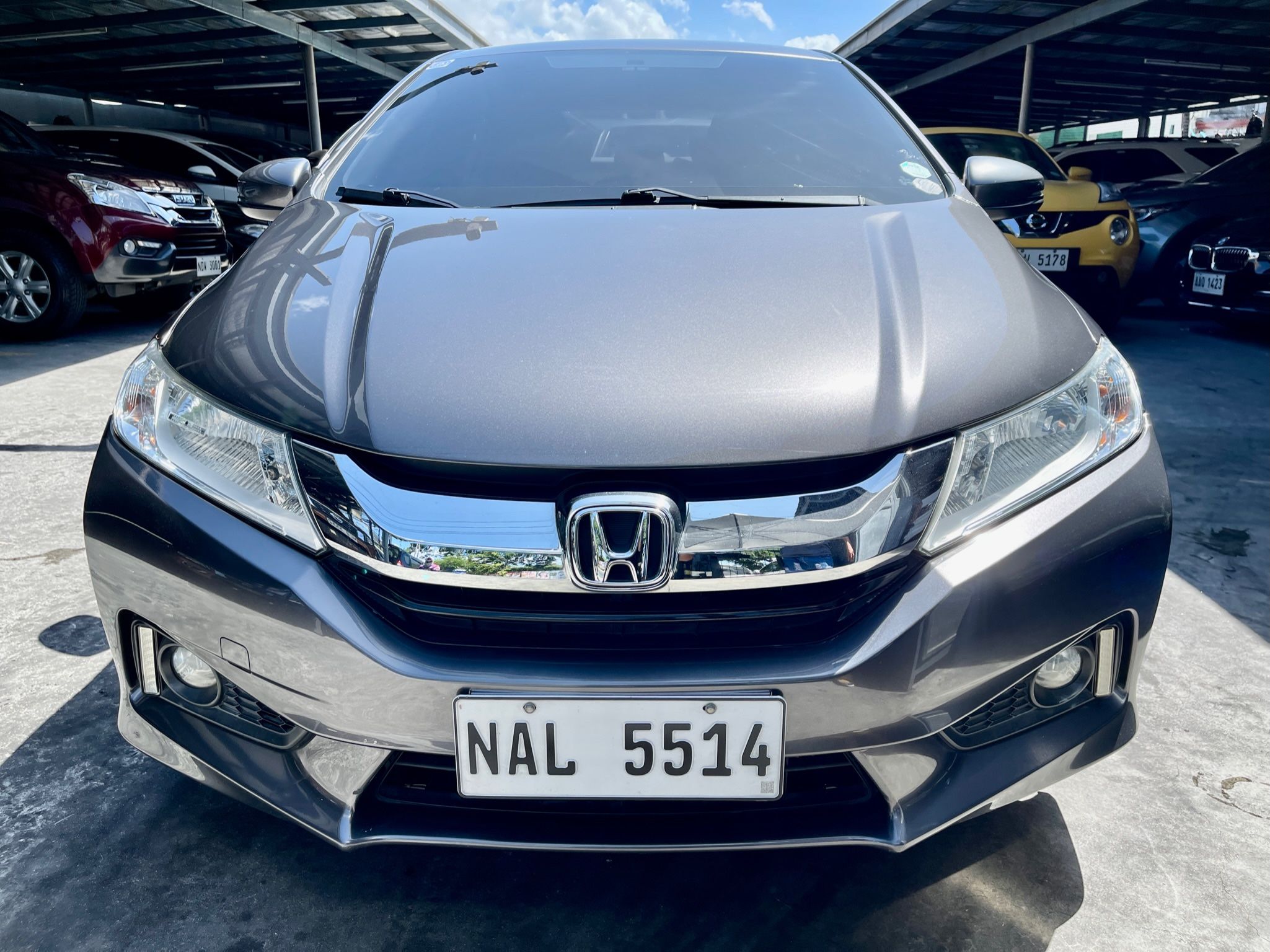 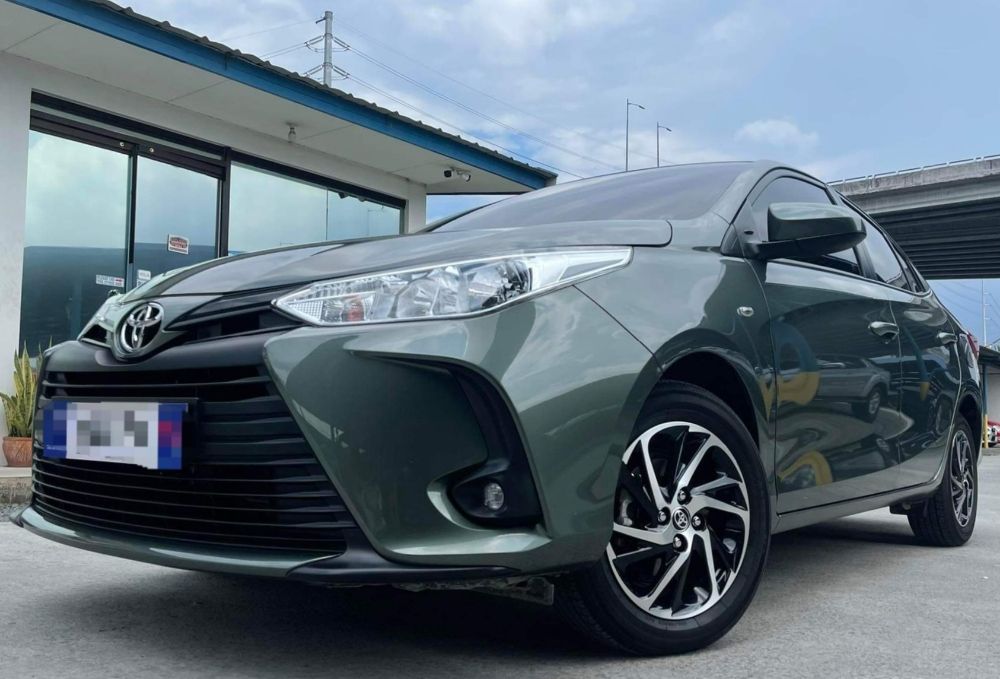 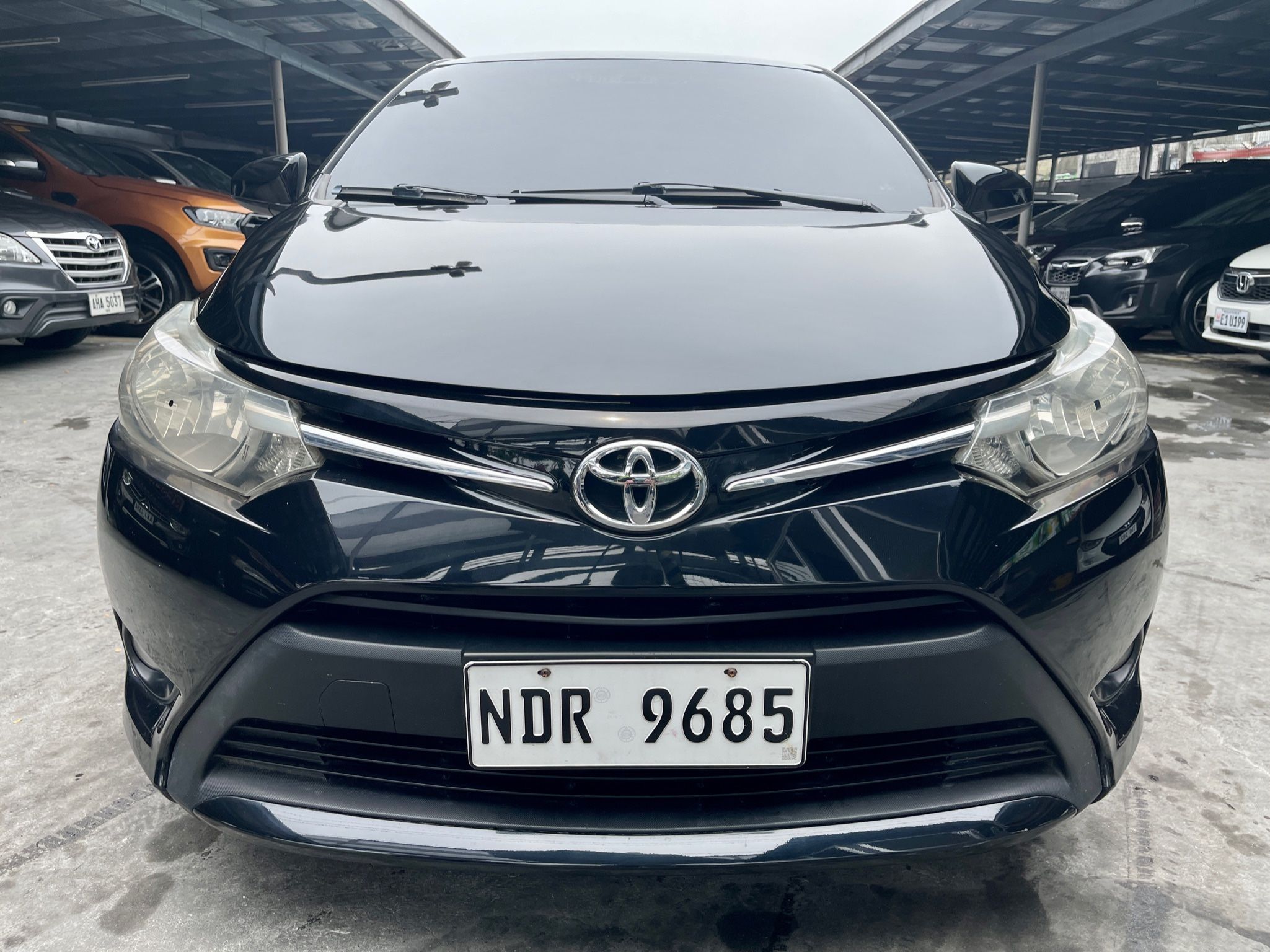 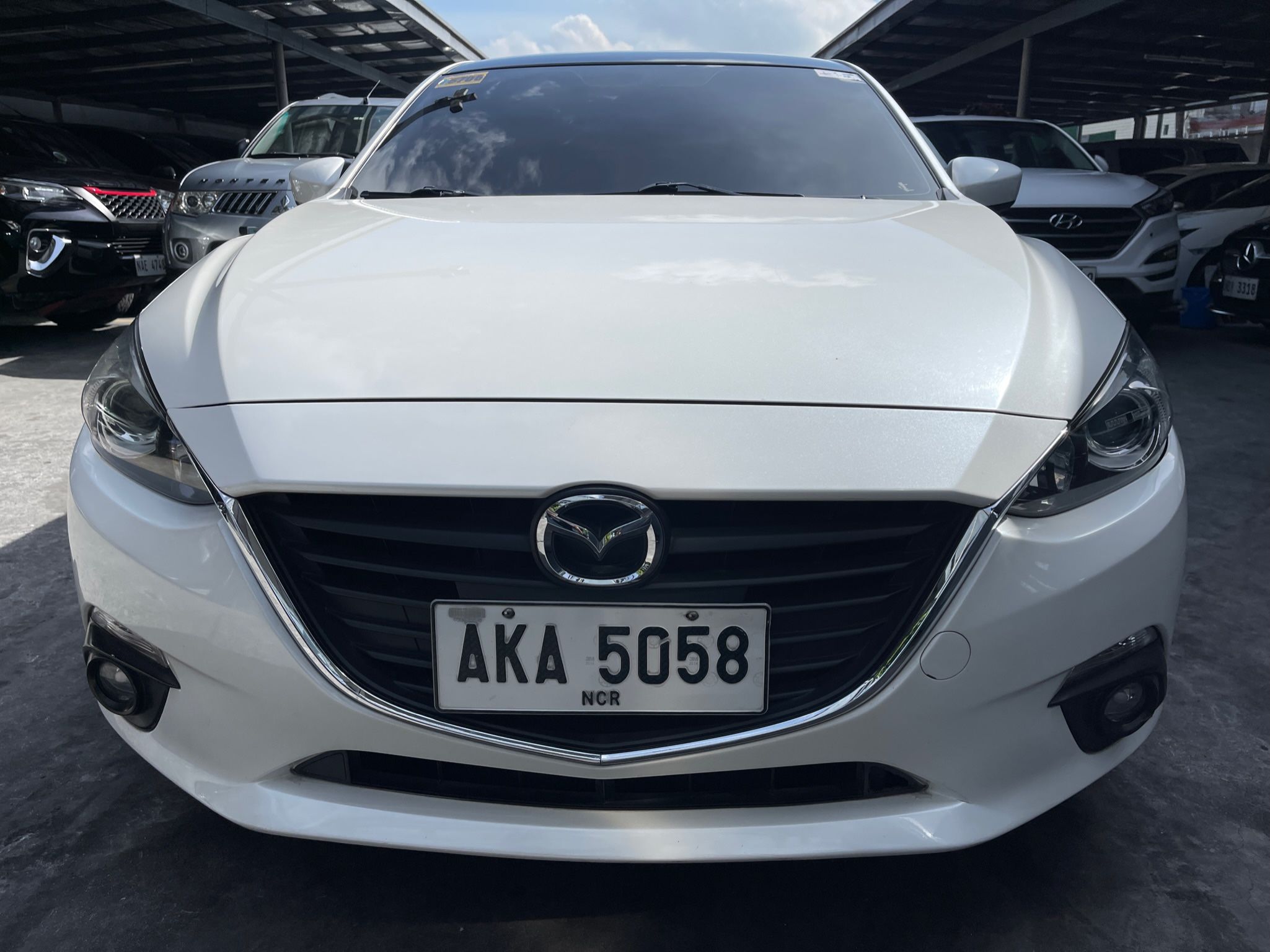 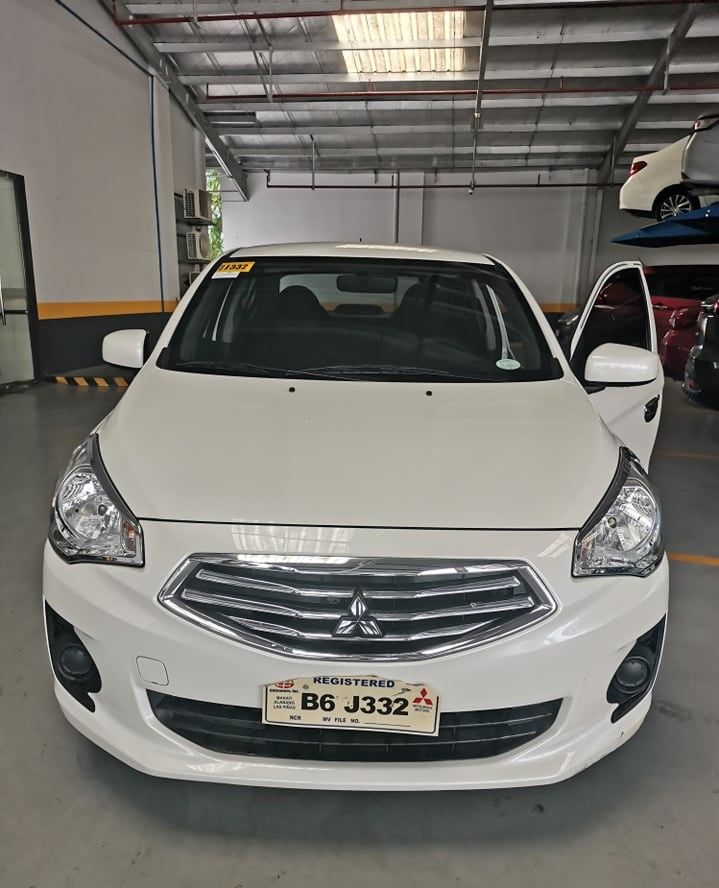 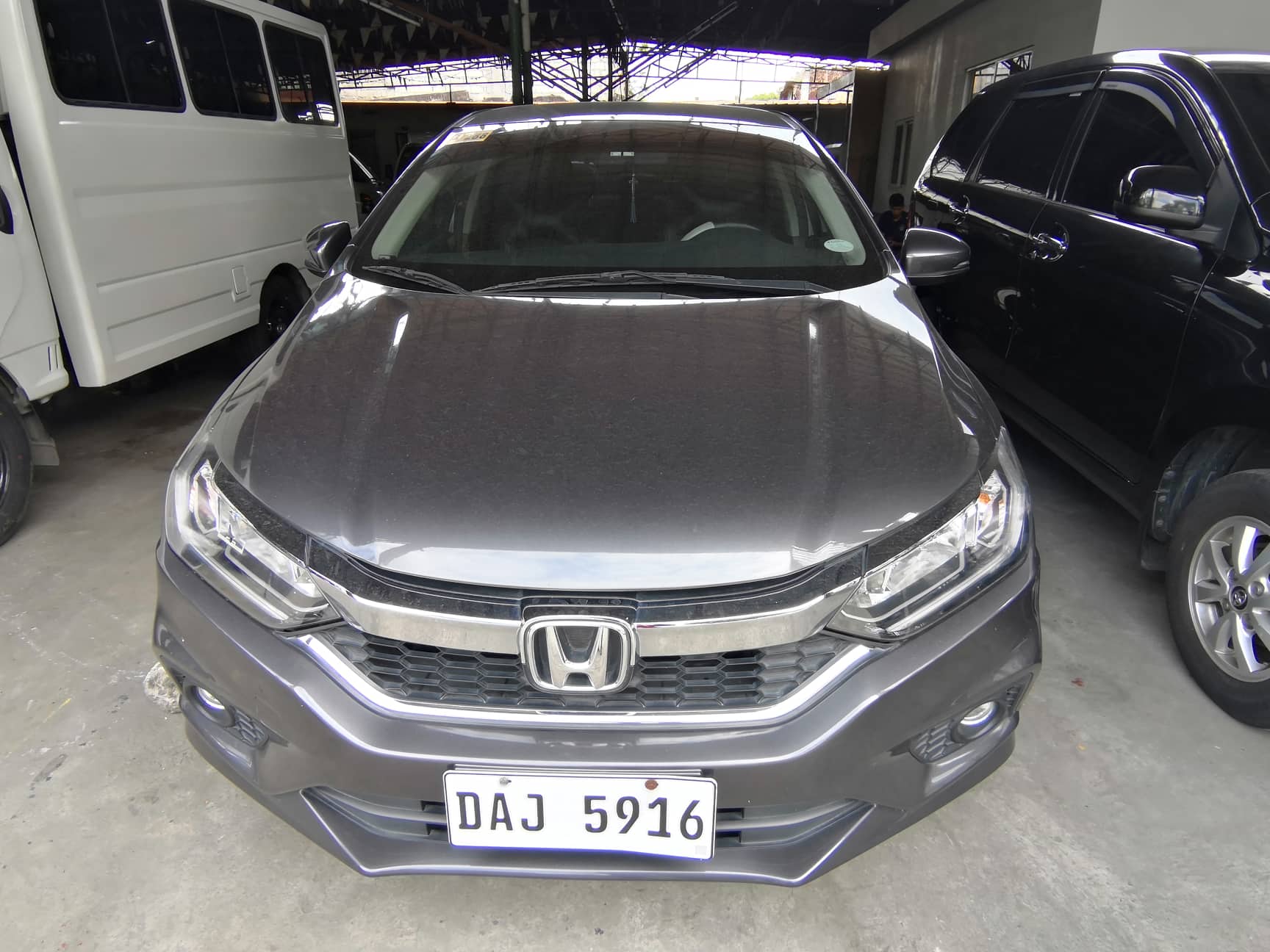 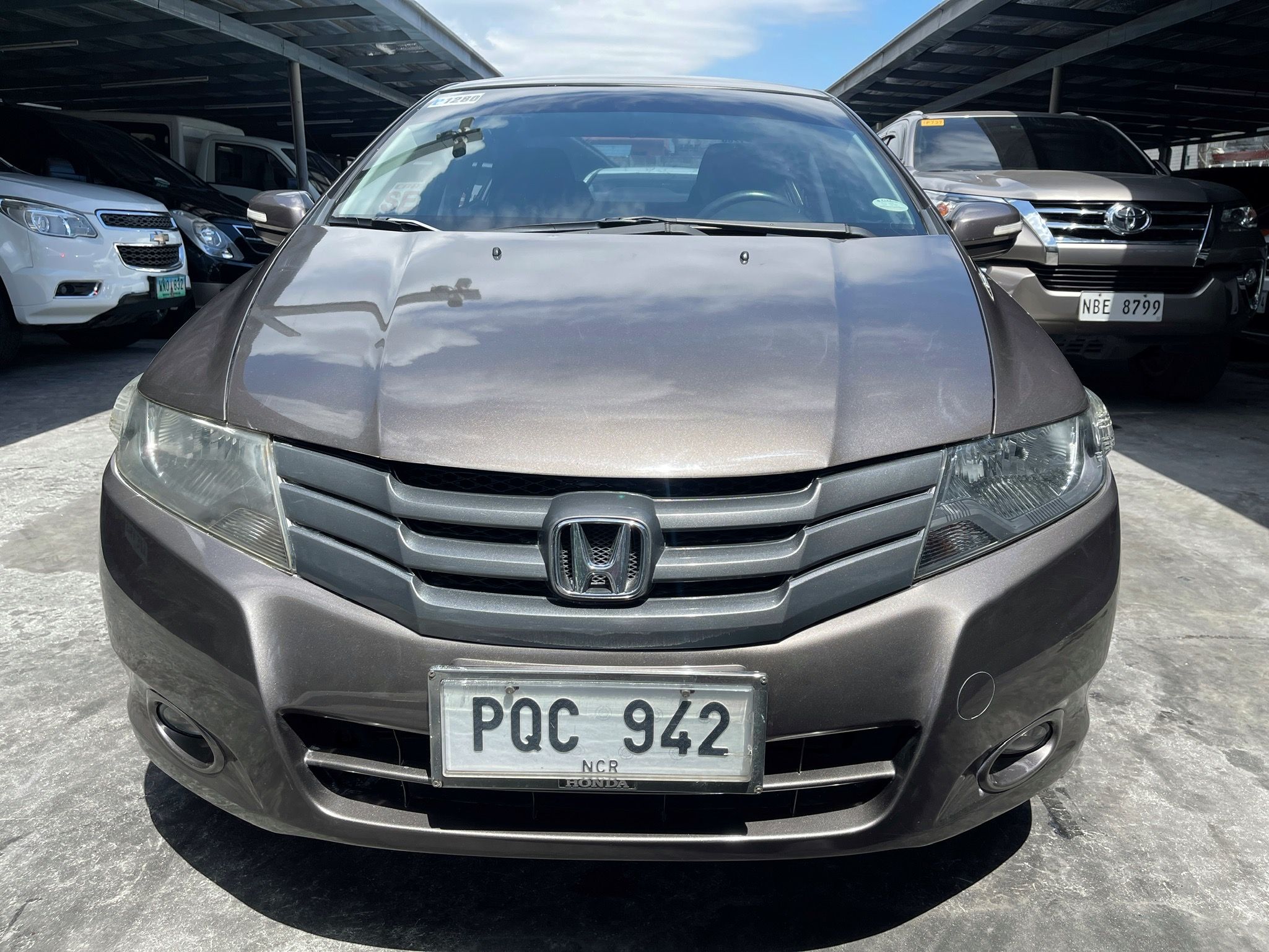 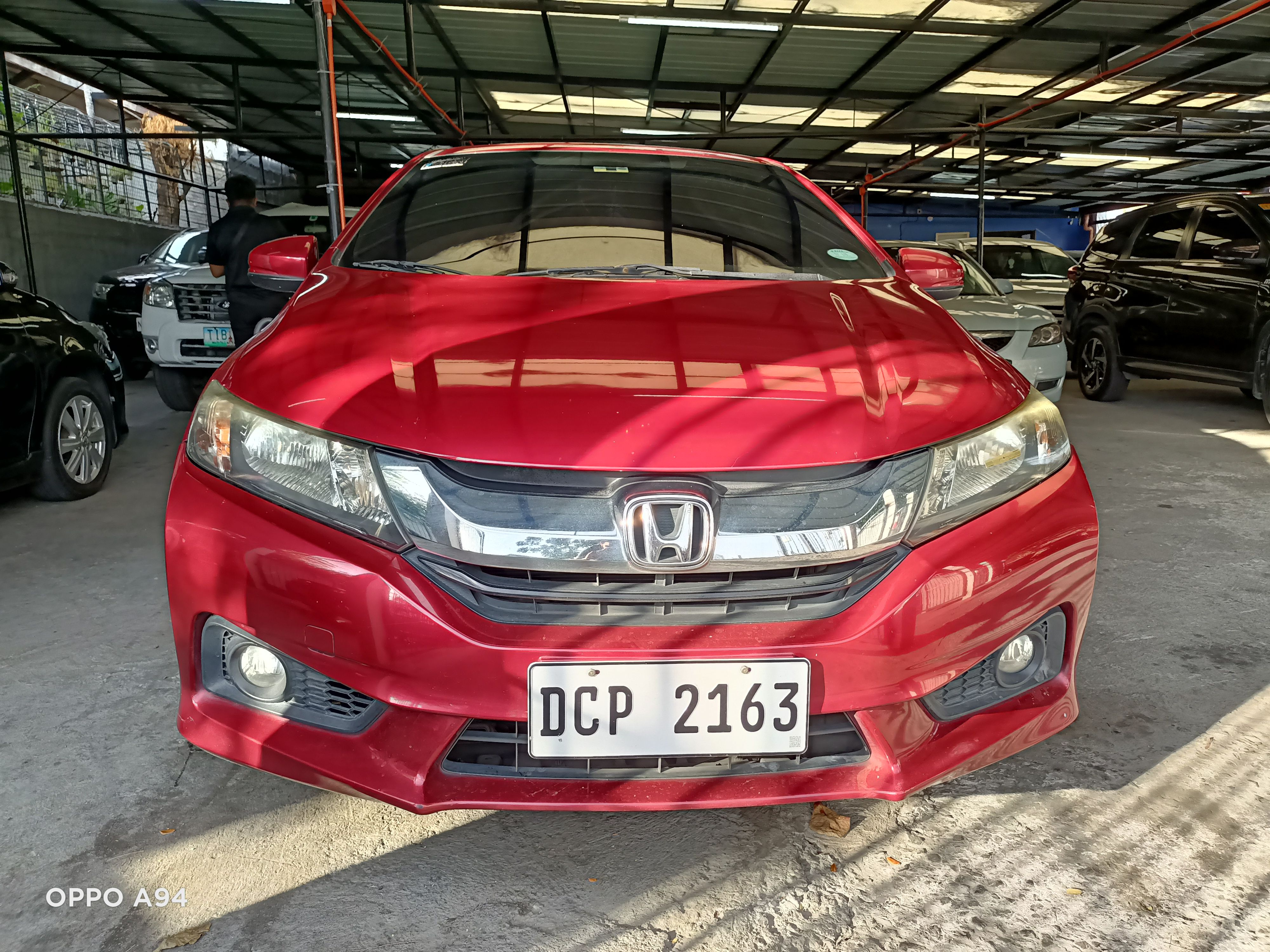 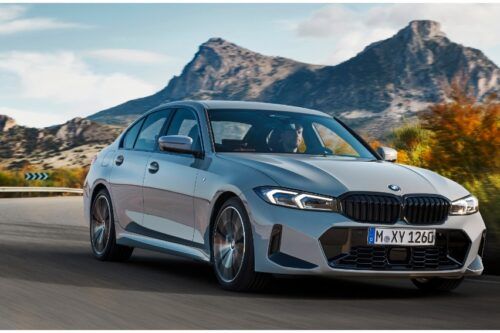 MANILA: The BMW 3 Series is the yardstick of spor... 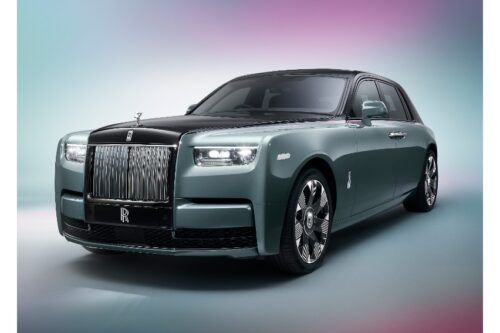 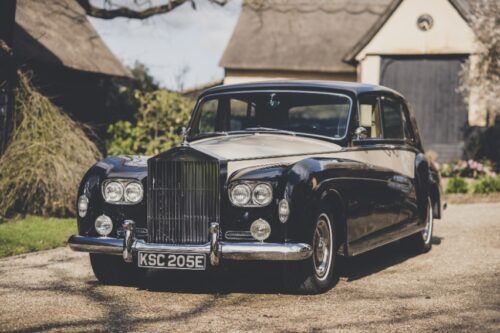 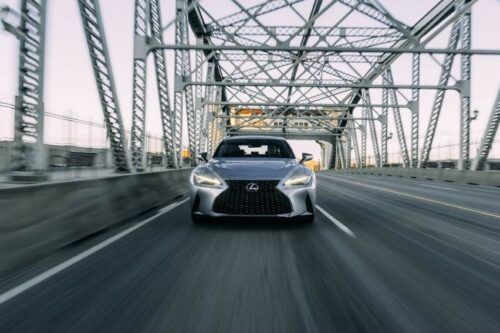 Lexus IS brings brand to next chapter with Lexus Driving Signature 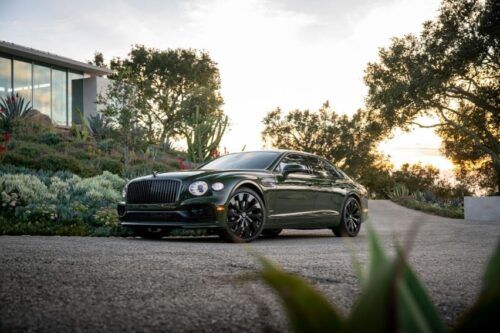 Flying Spur Hybrid is most efficient Bentley ever 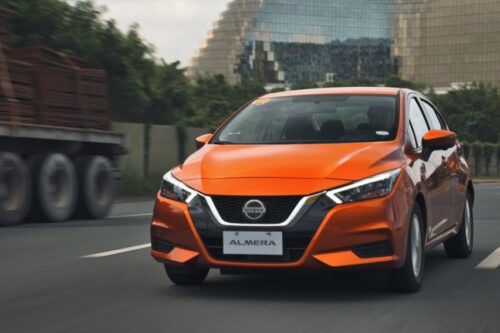 In an industry where economies of scale is suprem... 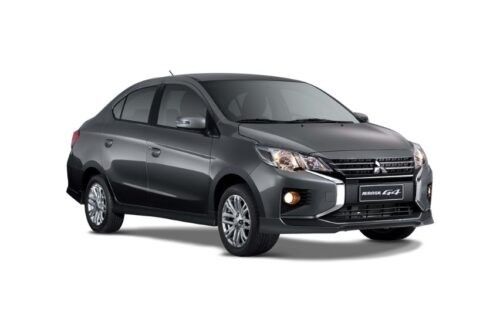 Affordable sedan: Spec-checking the variants of the Mitsubishi Mirage G4

Despite the entry of brands from other countries ... 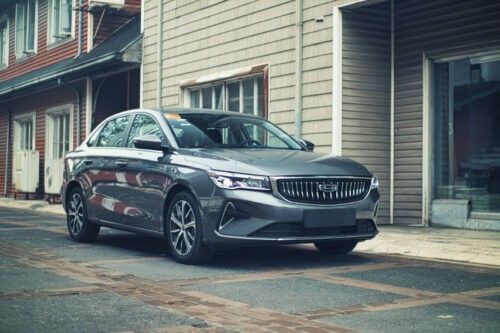 Fuel prices may be skyrocketing today, but that w... 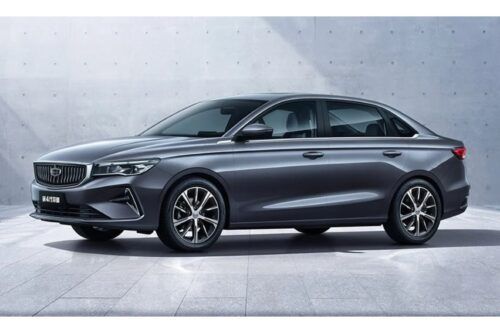 A quick (speculative) look at the upcoming Geely Emgrand

Geely's rise in the automotive world has become u... 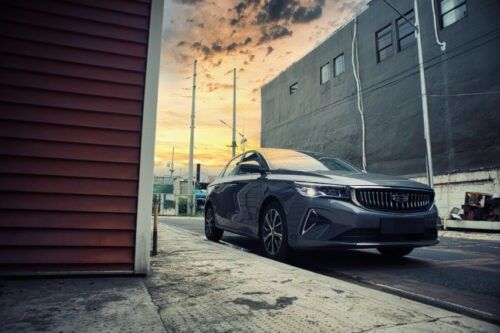 What comes to mind when you think of a typical fi... 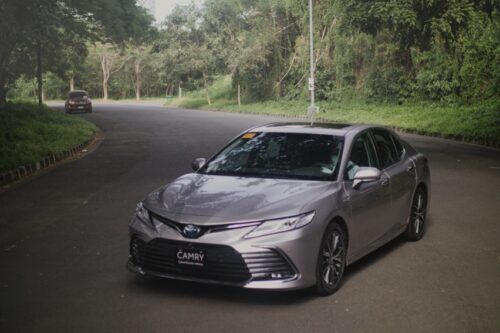 For years we’ve noticed shifts and trends when it... 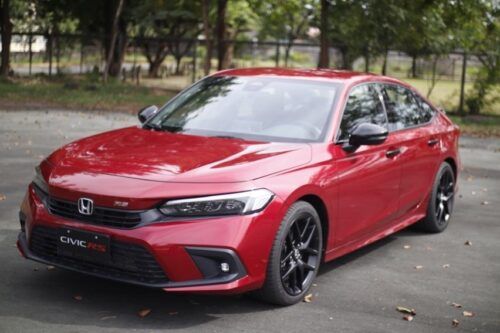 Breaking the curse: Behind the wheel of the 11th-gen Honda Civic RS

When the first pictures of the 11th-generation Ho... 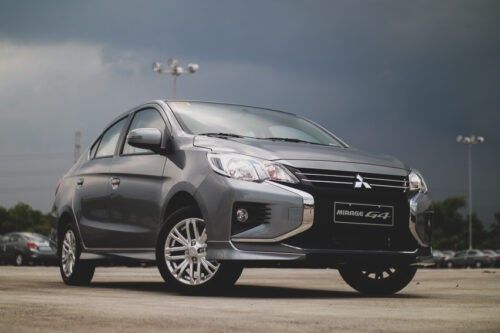 A dynamic first date: Getting acquainted with the 2022 Mitsubishi Mirage G4 GLS 1.2 CVT

When people need comfort in times of distress, th...