Feb 05, 2023 - Currently, 163 Used Cars for Sale Under ₱300,000 Philippines online. Check out the largest stock of old cars at best price, avail good condition Second Hand Cars in all over Philippines, starting at ₱45,000 only.

As on Feb 05, 2023 there are 163 Used Under ₱300,000 cars available for sale in the Philippines. The most popular 2nd hand Under ₱300,000 car brands available for sale in Philippines are Toyota, Hyundai, Honda, Ford and Mitsubishi and the most popular second hand car models available for sale are Toyota Vios, Hyundai Eon, Ford Focus, Honda Civic and Ford Escape. If we talk about the popular body type then 76 Used Sedan Models, 36 Used Hatchback Models, 19 Used Suv Models, 11 Used Mpv Models and 8 Used Van Models are choice of filippino drivers. The Cheapest one is 1990 Nissan Sentra 1.6L SGX MT for the price ₱45,000 driven 61233 Km and the most expensive one is 2015 Honda Brio 1.3 S MT priced at ₱299,000 driven 73000 km. Get great deals on good condition second hand Under ₱300,000 for sale in the Philippines with price, features, images and specifications.

The price point of PHP 300,000 is a decent spot, under which there are many used cars available which are not too old, some of which even have low mileage readings. The list of used cars for sale in the Philippines below 300k comprises decently new hatchbacks and sedans, which are cheap to buy and easy to maintain.

The Toyota Corolla has built up a commendable reputation all over the world as a hugely reliable car, with all of its previous as well as current generations being proven machines with time. It is the durability and comfortable driving experience of the Toyota Corolla which makes it a great option for those people who intend to keep their cars over a much longer period of time. Even with the advent of SUVs and crossovers, the popularity of the Toyota Corolla has not seen a single dent.

The Toyota Vios is one perfect car for those practical minded buyers who want the traditional quality and durability of a Toyota product, but with footprints smaller than those of the bigger Corolla sedan. The dimensions and powertrains of the Toyota Vios are smaller, however, the sedan offers a plush ride quality and ease of driving which is mostly sought after by average drivers of the Philippines.

If you are looking for a simple car, with simple styling, simple performance and simple to maintain, the Mitsubishi Mirage G4 offers an ownership experience of a three-box car at a price of a hatchback, both in new and used car markets. The Mitsubishi Mirage G4 is the most popular model from the Japanese car market in the used cars for sale in the Philippines below 300k.

Ever since its launch, the Mitsubishi Mirage G4 hasn’t undergone any significant change both in terms of visual appeal and mechanicals, which helps it in retaining its novelty in the used car market. The sedan was, and still continues to be, available with a 1.2-liter petrol engine, offered with both 5-speed manual and CVT gearbox options.

Just like its sedan counterpart, the Mitsubishi Mirage hatchback too is a highly looked out model in the used cars for sale in the Philippines below 300k. Unlike the sedan, the Mirage hatchback has been updated a couple of times in its span of existence till date, and even today, it continues to be the most affordable car from Mitsubishi in the new car market.

One can find all the iterations of Mitsubishi Mirage in the used car market below 300k, with a model as old as 2017. The Mitsubishi Mirage retains its 1.2-liter three cylinder petrol engine with both the options of a 5-speed manual gearbox and CVT from its sedan counterpart, the Mirage G4.

The Swift is one of the most consistent selling modes from Suzuki all over the world, and has managed to bring Suzuki back in the game of entry level hatchbacks, with its sporty styling and peppy performance. All the three generations of the Suzuki Swift till date have been on sale in the Philippines car market, with the second generation model commanding high attention in the used car market.

There are a few well-kept samples of Suzuki Swift in the used cars for sale in the Philippines below 300k, with the most recent of them hailing from the year 2015. A 1.2-liter petrol engine has remained the mainstay of Suzuki Swift ever since its first ever model, and the current model too comes with the same engine option with both manual and automatic gearbox options.

The highest selling model from Honda in the Philippines, the City compact sedan, like the Toyota Corolla, has built a good reputation as a tried and tested brand. The Honda City has witnessed all the five generations of it in the Philippine car market, and in the list of used cars for sale in Philippines below 300k, one can find a number of well-kept samples of first and second generation models which are still highly revered for the creamy smooth performance they had on offer.

The current fifth generation Honda City has definitely grown bigger and much more stylish than ever before. The sedan is available with a single 1.5-liter petrol engine with the standard transmission option of a CVT.

Another popular model from Honda which one can lay his eyes on in the used cars for sale in the Philippines below 300k is the popular Honda Civic. The Civic has always been positioned as a car from one segment higher than the City, while offering bigger powertrain options in a slightly bigger car in terms of dimensions. Given that it is a premium car, only the old sixth and seventh generation models from the early 2000s are available under the mark of PHP 300,000.

The smallest and most affordable car from Kia’s portfolio not only in the Philippines, but all over the world, the Kia Picanto, has always remained one of the highest selling cars in the market. Thanks to its better quality and equipment levels over rivals, the Kia Picanto is looked upon by many first time car owners in the new car market. This explains the reason why it is popular in the used car market as well.

If you want a car which is not as old as others in the list, with not more than five years old, and a small car for small city runabouts, the Hyundai Eon is one perfect option which one can opt for from the list of used cars for sale in the Philippines below 300k. While it is no longer on sale in the new car market, the Hyundai Eon still commands a high demand in the new car market, especially by those who are new to driving and want a small city car to hone their driving and ownership skills.
The list of used Hyundai Eons in this price bracket also includes a model as late as that of 2019, and all the versions of Hyundai Eon sold till date were available with a puny 0.8-liter petrol engine. This engine might not be an ideal powertrain for highway drives, but offers a decent performance in short city commutes.

Like its other siblings, the Toyota Wigo is one durable workhorse, despite the fact that it is the most affordable model from Toyota’s lineup and has been engineered and built as a low cost vehicle. The compact dimensions make it an easy to drive machine, while the low maintenance costs make it a car quite light on the pocket. These are the reasons why it is a popular model in the used car market, preferably by first time owners.

Many new and well-kept samples of Toyota Wigo with low mileage readings can be found in the used cars for sale in the Philippines below 300k. Like in the older versions, even the current iteration of the Toyota Wigo is powered by a 1.0-liter petrol engine, which is available with both 5-speed manual and 4-speed automatic gearbox options.

Used Cars for Sale Under ₱300,000 Philippines Price List starts at ₱231,300 for the model Suzuki Alto 800, in all a total of 163 2nd hand cars available for sale in the Philippines 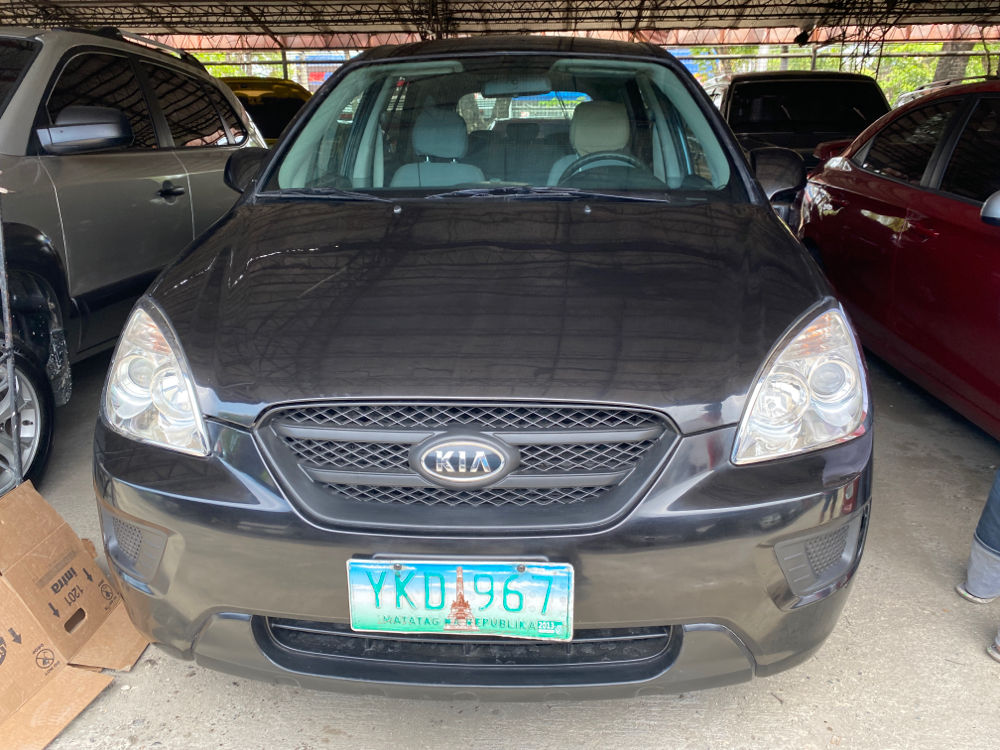 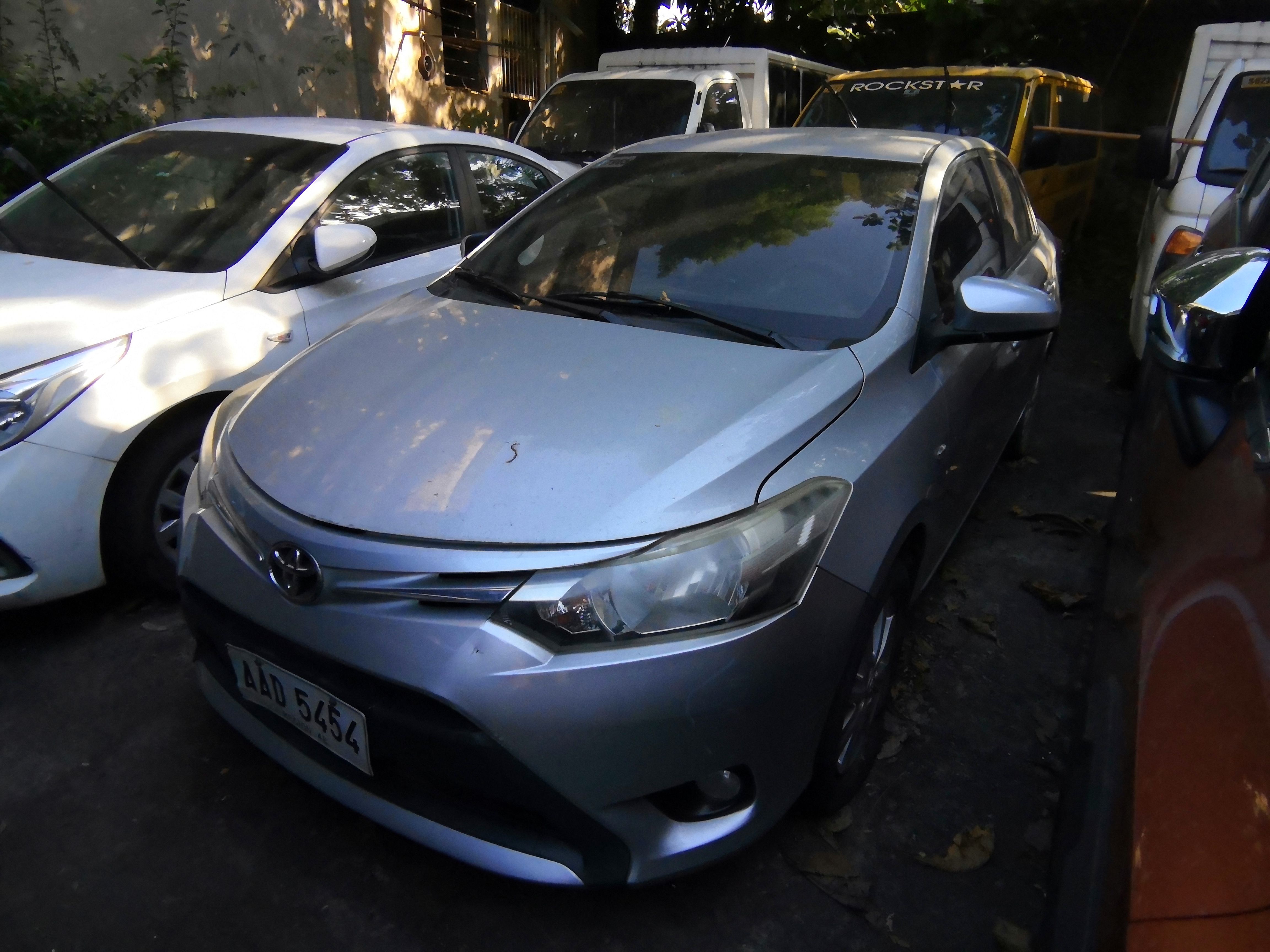 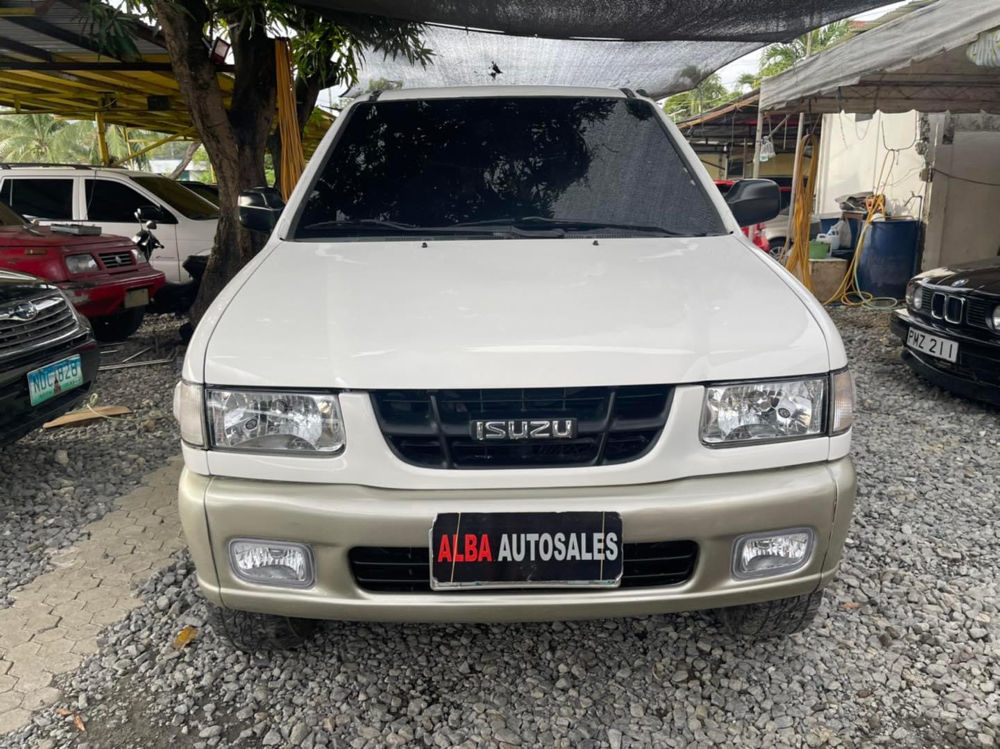 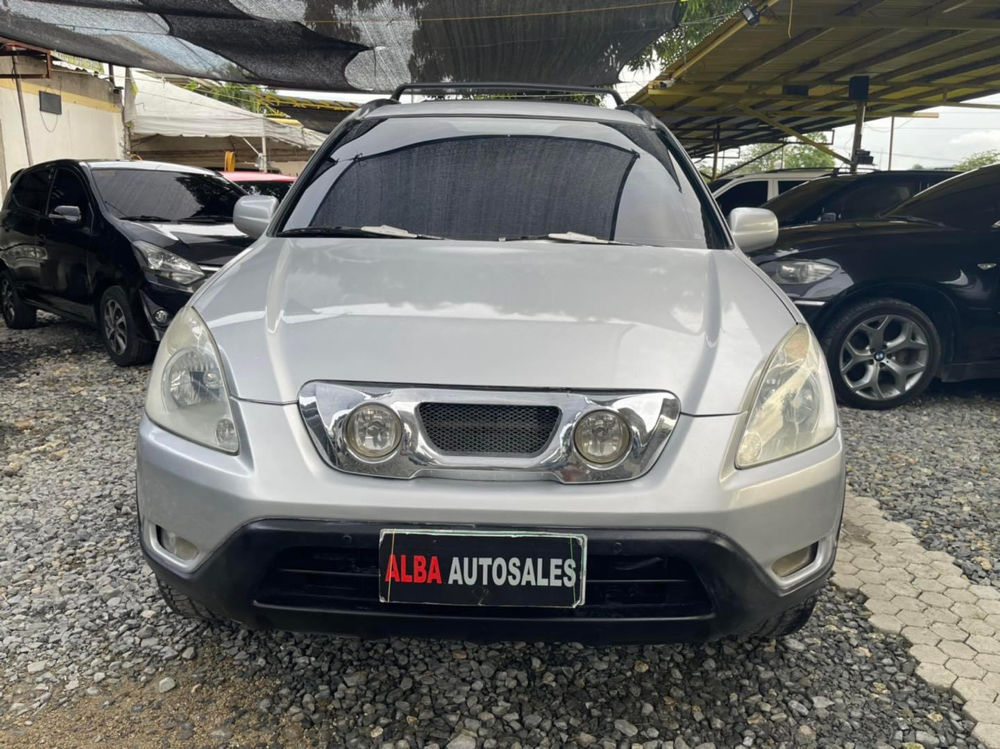 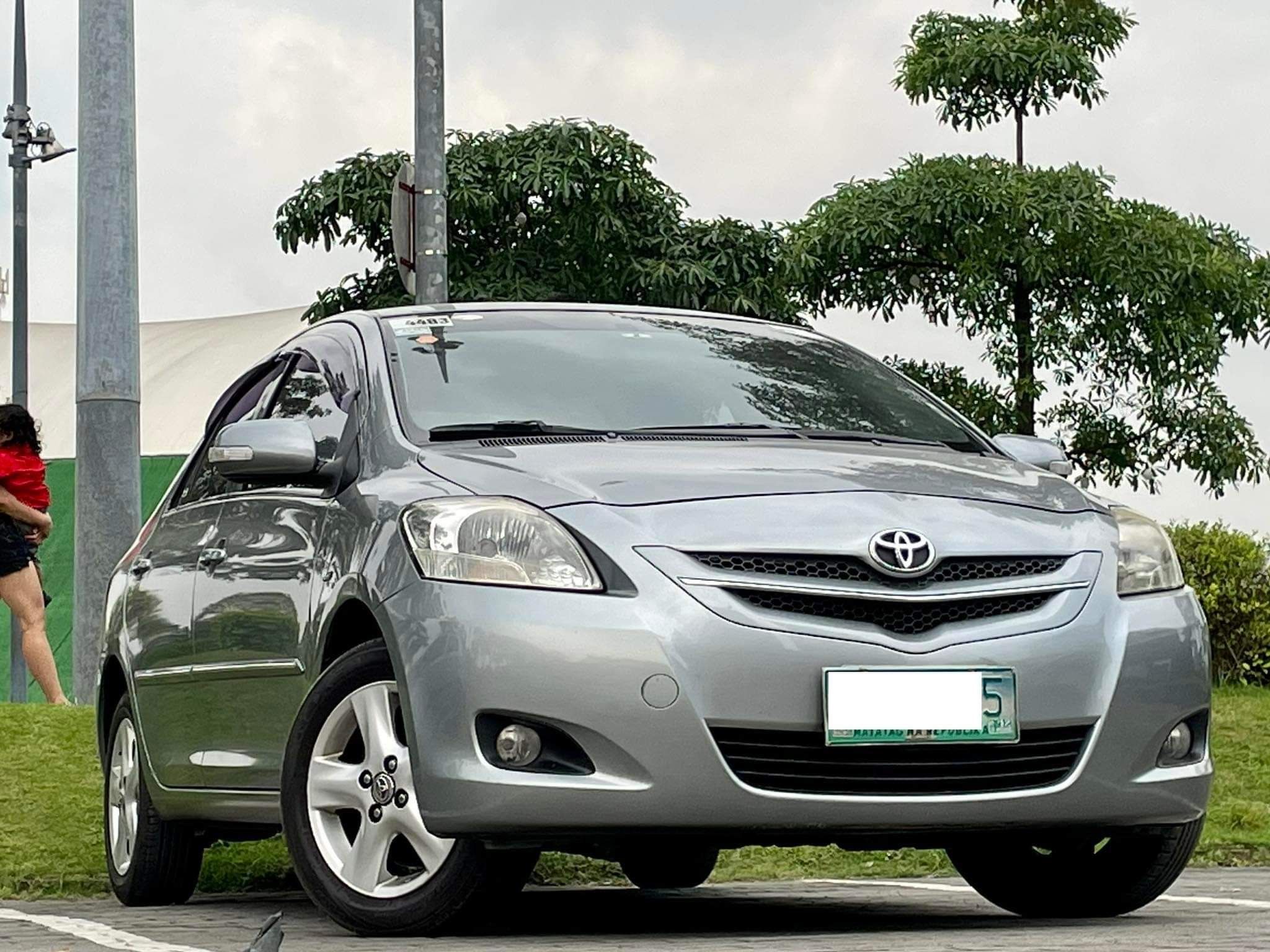 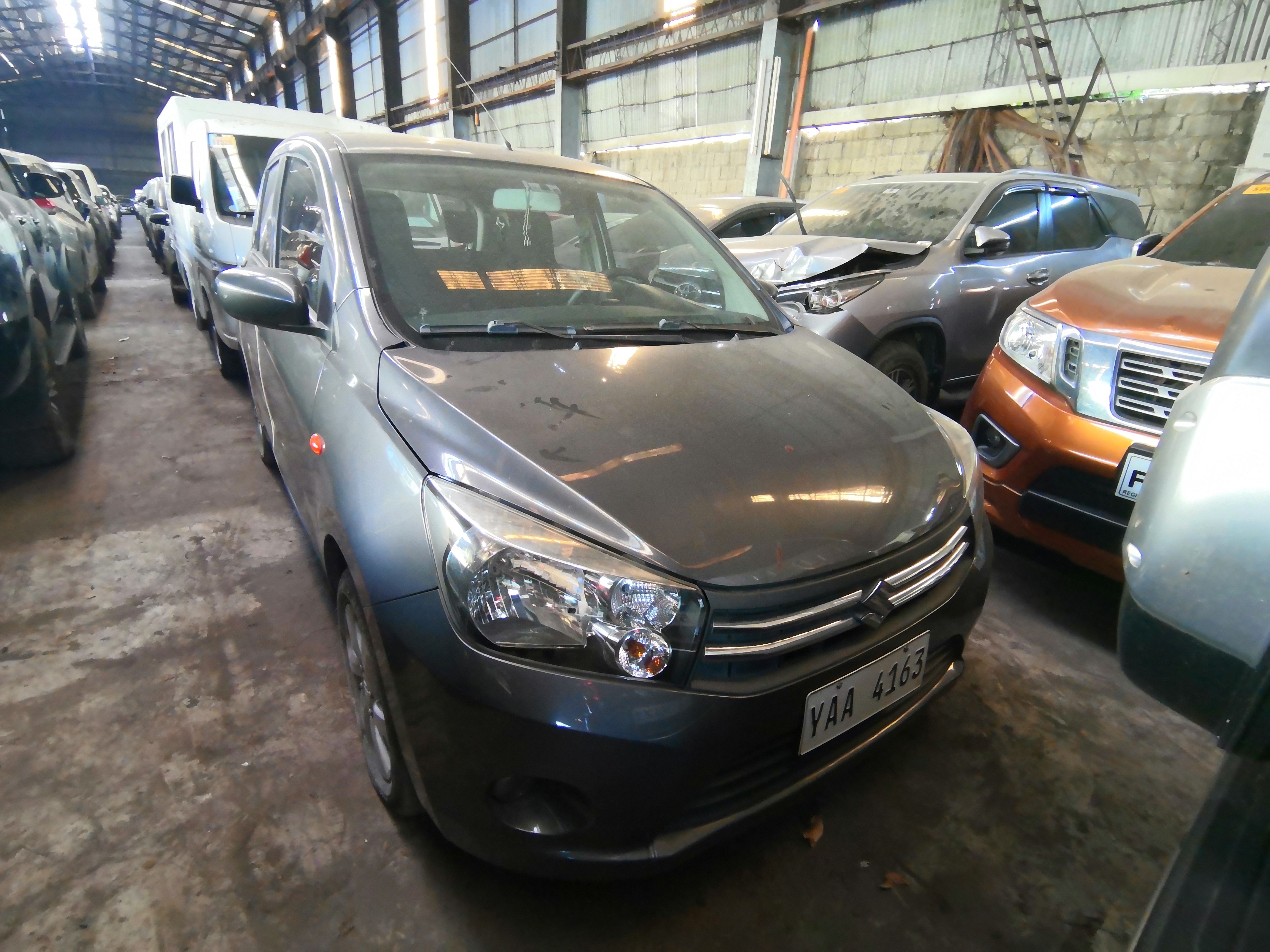 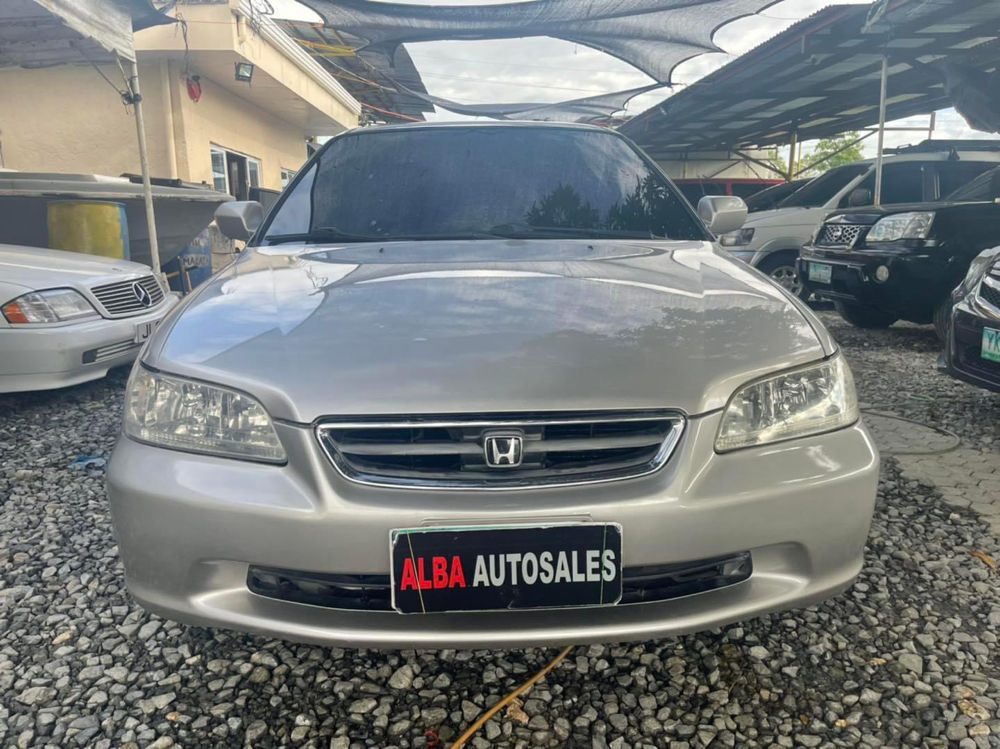 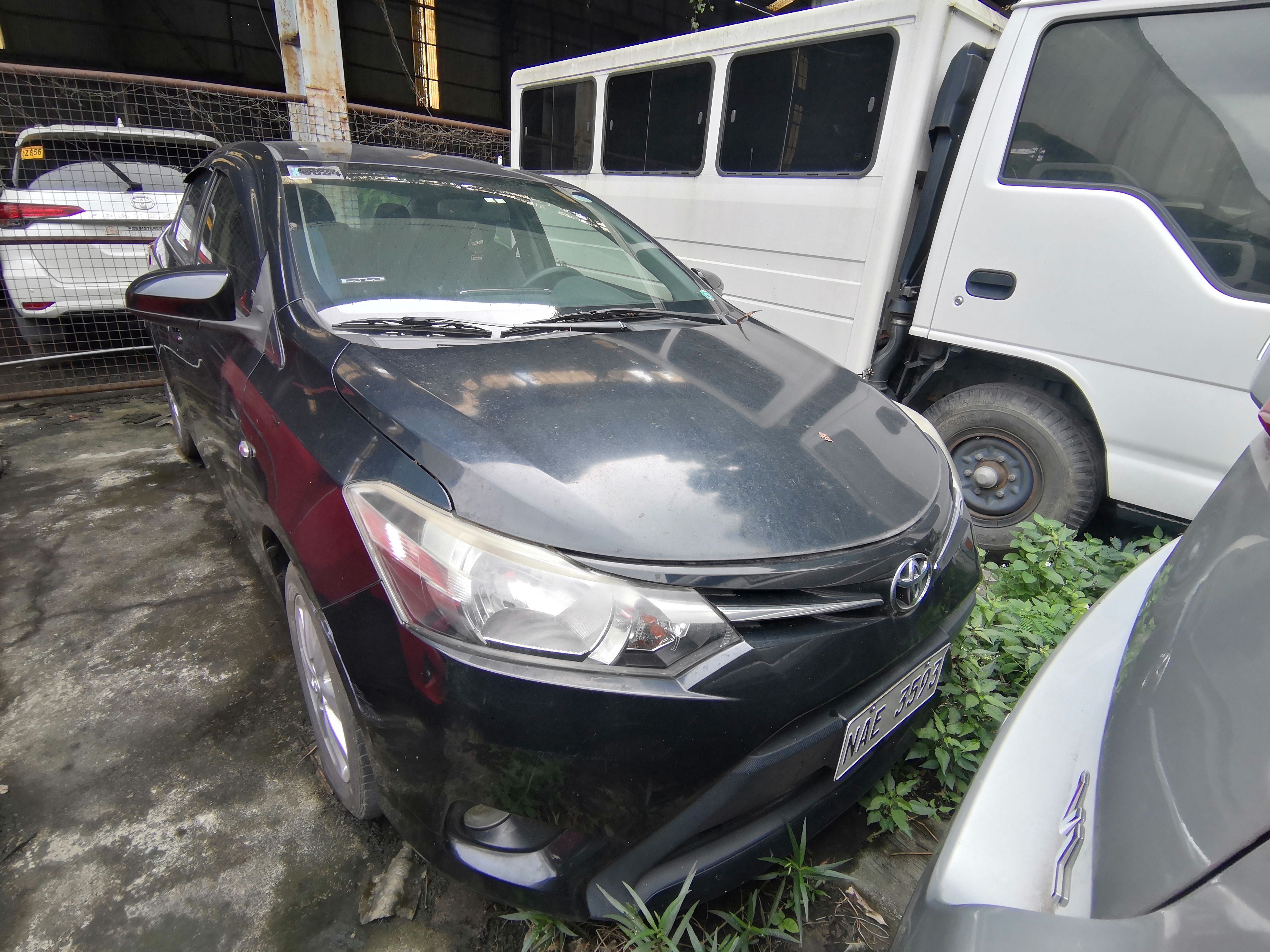 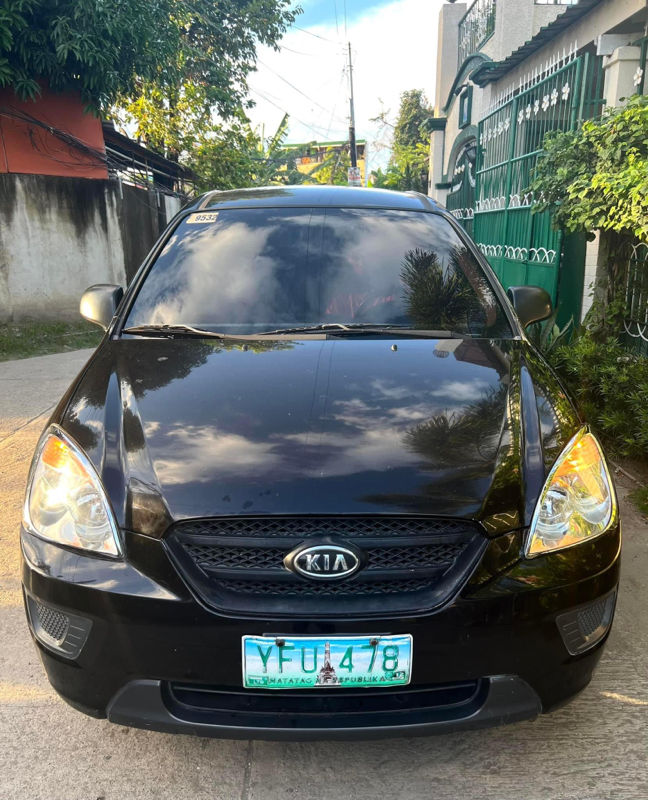 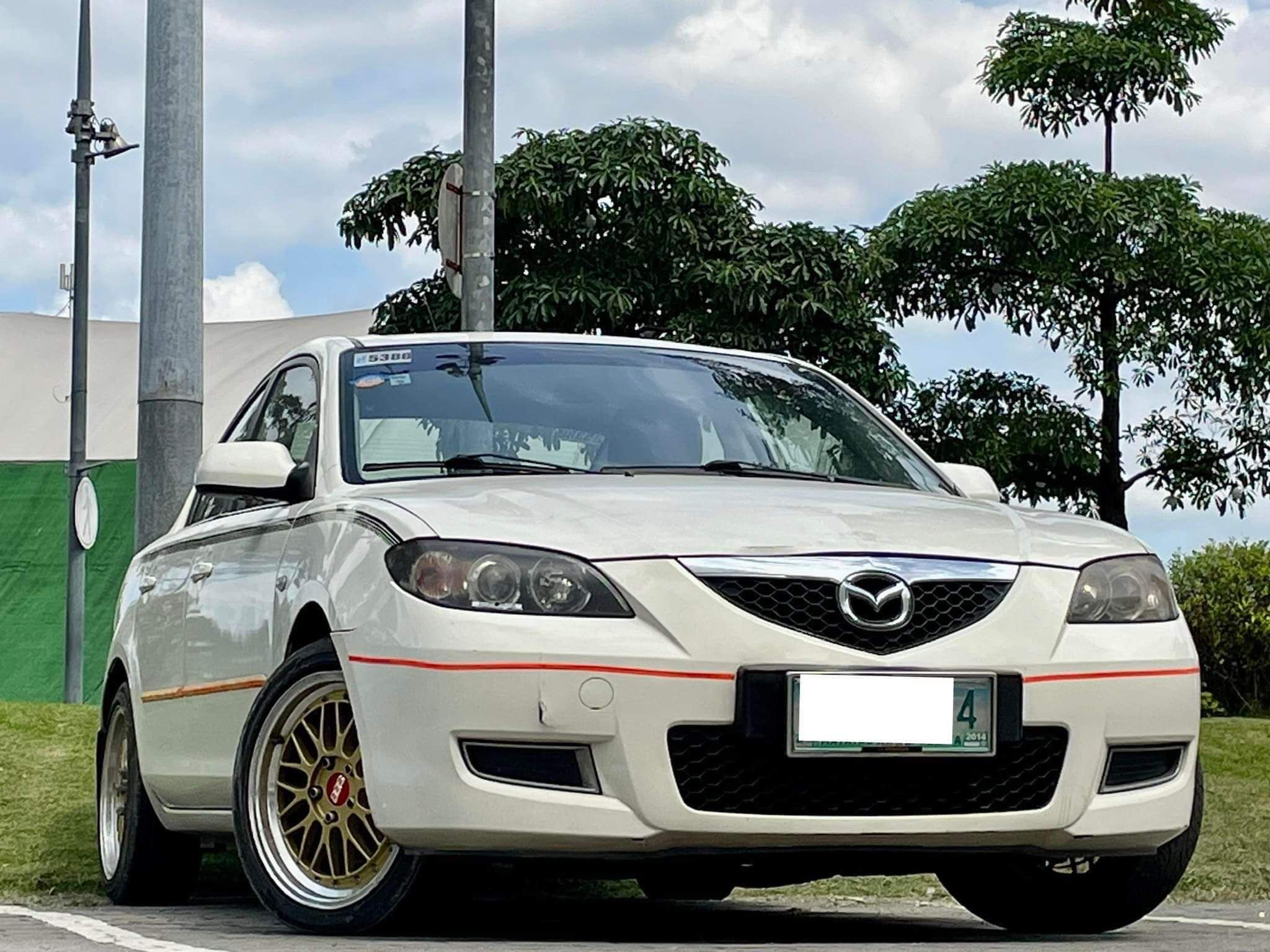 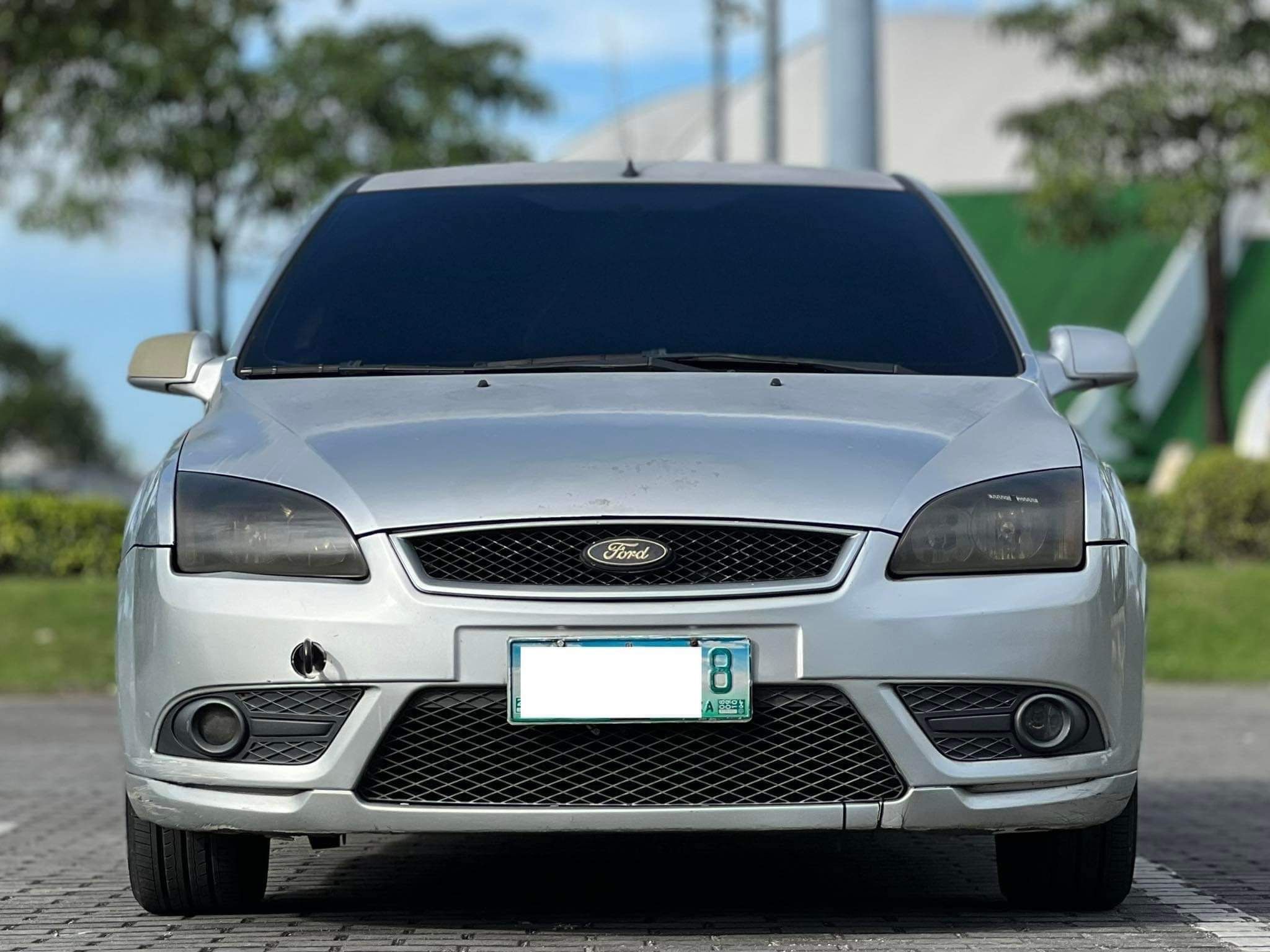 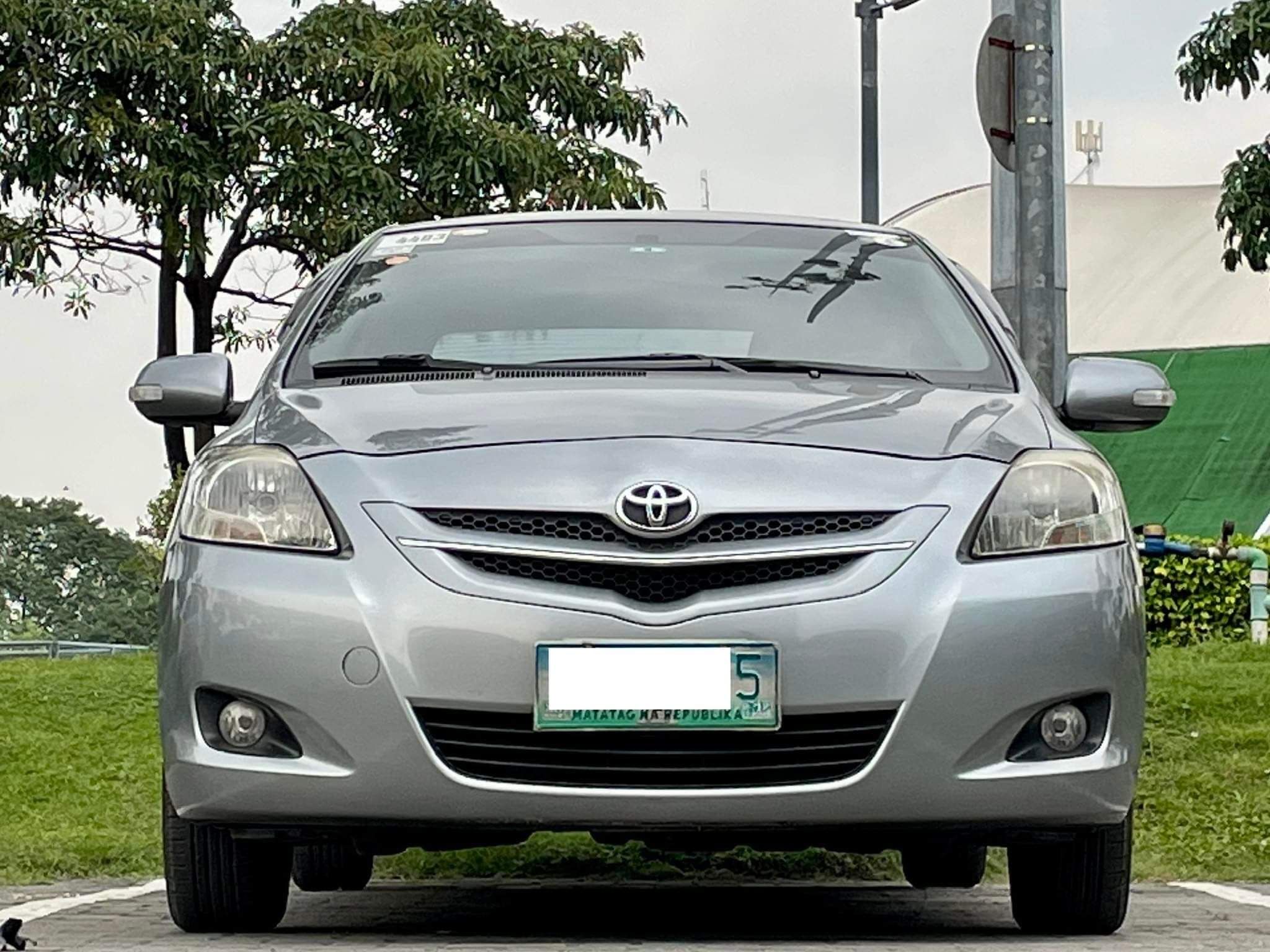 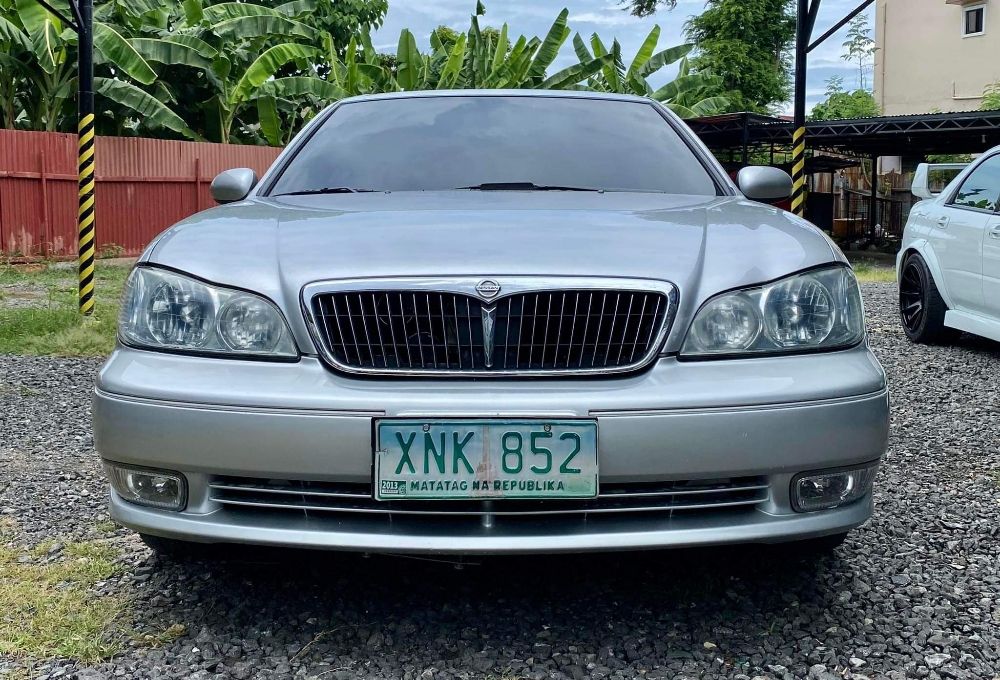