The Chevy, for your entertainment 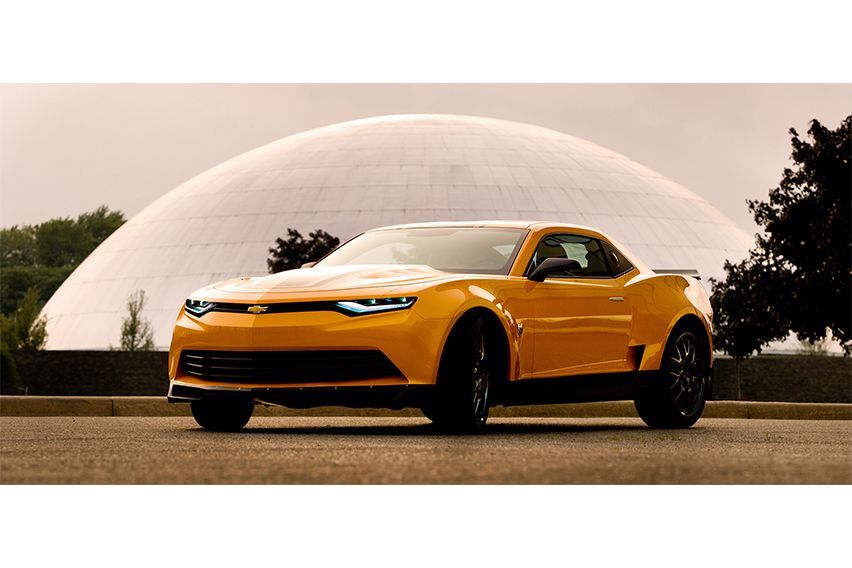 The entertainment and automobile industries have been inseparable since both were born in almost the same timeframe. So it’s pretty sensible to have classic vehicles featured in movies and shows. Nowadays, you really can’t consider something in the entertainment industry as a blockbuster without a great escapade, a heart-stopping collision, or an exciting vehicle pursuit.

Since Chevrolet was founded in 1911, it’s not surprising that the brand has made numerous cameos in TV shows and films. You’ll never be at a loss for a movie or show that features the Chevy, whether it involves robots or a car chase.

So here are some of the movies, TV shows, and Netflix series featuring the Chevy that will surely rev up your weekends. Most of these involve diverse genres, such as romance, action, humor, crime, and drama.

On a side note, some of these shows and movies have adult themes, which make them inappropriate to watch for the young audience. Thus, it’s best to check the ratings of these movies and shows first before putting them on your screens at home.

Chevy in the movies

This 1971 dark comedy film featured the 1968 Chevrolet El Camino alongside the human stars Bud Cort and Ruth Gordon. In one of the film’s classic scenes here, the El Camino and its passengers are pulled over to the side of the road. To escape from the police officer, Maude (Gordon) outsmarts him. Although Gordon is frequently seen driving the Chevy, the actress (in real life) is not an expert when it comes to driving it. Most of the close-up shots in the film involved the El Camino being towed.

American Graffiti is a film featuring the 1955 Chevy 210 and the 1958 Chevy Impala. The crashed vehicle seen in this scene was a non-operational 1955 Chevrolet discovered in a salvage yard. The actual car was passed on from one owner to another, and its present owners are committed to preserving it.

In this 1978 flick, Anthony Stoner (Tommy Chong) and Pedro de Pacas (Cheech Marin) drive the innocuous 1970s Chevy step-van to Mexico. Nevertheless, the two men did not know that the whole vehicle was built from “fiber weed,” a fictitious marijuana material. As the premise of the film focuses on the Chevy vehicle, Chevrolet ended up coining it as the “step-van” when it rolled out in the market in the 1920s. The trailer of the film can be viewed here.

The 1985 Chevrolet Impala F41 used in this film starring John Pankow, Willem Dafoe, and William Petersen was, in reality, loaned from the Los Angeles Police Department. The film featured one of the most famous car chase scenes of that decade — with a group of gun-toting men giving chase to the Impala. A train eventually hits it, yet surprisingly comes out on the road unharmed. The official trailer of the film can be seen here.

The American crime movie Goodfellas tells the story of the ups and downs of petty criminal-turned-gangster Henry Hill and his family and friends. In a few of its scenes, two Chevys were featured, namely, the 1961 Chevrolet Impala convertible and the 1966 Chevrolet Corvette.

Sleepless in Seattle, starring Meg Ryan and Tom Hanks, is one of the most well-known romantic comedy films. It revolves around the love story of Sam Baldwin (Hanks), who falls in love with Annie Reed (Ryan), after being widowed.  In one of its scenes, the 1980 Chevrolet Corvette C3 had a cameo.

Pulp Fiction is a crime film that highlights numerous stories of criminals in Los Angeles. John Travolta drove the 1964 Chevrolet Malibu in some of its scenes. The vehicle was recovered and restored after being reported as stolen in 1994.

The “Bumblebee” in the original Transformers animated movie began as a 1977 second-generation Chevrolet Camaro in the first installment of the live-action version of the film. It has been the most popular Chevy for the younger generation since Transformers: Revenge of the Fallen was released in 2009. The clip of the Camaro can be seen here.

In the second film, Transformers: Dark of the Moon (2011), the model featured was a modified 2010 Camaro. The second installment also featured the Chevrolet Silverado as the “Silverado” bot.

After the release of the Transformers: Age of Extinction, the third installment, the yellow-and-black 2014 Camaro (which was inspired by the classic 1967 Camaro SS) gained a multitude of fans as the movie franchise became popular. Later on, the 2017 installment, Transformers: The Last Knight, featured the revamped version of the 2018 Camaro.

General Motors (GM) Vice President of Global Design Ed Welburn admitted that the Chevrolet being part of the movie is an extraordinary way to demonstrate the cutting-edge design that GM features.

As part of the capitalization on the popularity of franchise, Chevrolet later on rolled out the Camaro Transformers Special Edition car that has black rally stripes and an Autobot badge.

The 2009 Chevrolet Express 1500 was used as a van in the fictional Gotham City for this sequel to the Batman Begins film. Warner Brothers eventually collaborated with Mountain Dew during the promotion of The Dark Knight Rises for a cross-promotion that involved the exceptional paint scheme on the number 88 of the Chevrolet Impala.

This action drama film focuses on the story of a Hollywood stunt driver (played by Ryan Gosling) who uses his 1973 Chevrolet Chevelle Malibu to help criminals escape. An interesting aspect about the Chevy that Gosling used for this film was that it was found as a $3,000 junkyard rundown, with Gosling restoring the whole car while the movie was in its pre-production stage. In the first part of the film shown here, the Chevy Impala was also mentioned as one of the cars used.

This American sitcom revolved around Edna Garrett, a former housekeeper who became a household mother at Eastland Boarding School.  Some of its episodes featured the 1958 Chevrolet Corvette C1.

Route 66 is an adventure crime drama series that tells the story of two young bachelors traveling in the United States in a Chevrolet convertible. This CBS television series also talks about the scenarios and consequences involved in their journeys. In one of the episodes shown here, the 1961 Chevrolet Corvette is driven, and it sweeps through the waves of the Gulf of Mexico at dawn.

In this 1980s drama series, the opening credits, which can be viewed here, feature the 1965 Chevrolet Corvette Stingray. The show highlights Ray, a mysterious man who does his best to get numerous people away from trouble.

The Sopranos is an HBO crime series featuring Tony Soprano and his 1999 Chevrolet Suburban, which was seen in the first season. The truck was present in the opening credits of the show, and it was regularly seen on screen for four consecutive seasons.

The dead-black 1967 Chevrolet Impala was featured in this paranormal series, which can be viewed here. The Chevy model was used by the characters of Jared Padalecki and Jansen Ackles to go from one town to another. Also, the “hero car” version of the Chevy Impala was discovered by the production company, and it was used for interior shots and close-ups in the series.

Friday Night Lights is an American sports drama that revolved around a high school football team in the fictitious town of Dillon, Texas.  The 1999 Chevrolet Silverado was featured on one of its episodes.

In this American teen noir mystery series, Veronica Mars is a student, who at the same time is a private investigator working for her detective father. The 1958 Chevrolet Corvette C1 was driven by one of the characters in some of its episodes seen here.

This actionpolice procedural series highlights the team of undercover agents working at the Naval Criminal Investigative Service (NCIS). The 1999 Chevrolet Silverado had a cameo on one of its episodes.

Better Call Saul is an American crime drama series that revolved around the story of Jimmy McGill. This con-man, who became a small-time lawyer, transformed into Saul Goodman, a hired criminal. The Chevrolet Corvette C5 was driven in one of its episodes.

Stranger Things is a Netflix science fiction drama-horror series that highlights the investigation on a missing young boy amid supernatural events that are happening around a specific town. It also included the emergence of a girl who has psychokinetic abilities. In this clip, both the 1987 Chevrolet Camaro and the 1980 Chevrolet K5 Blazer were featured.

Narcos: Mexico is an American crime drama series on Netflix which featured the 1969 Chevrolet C-10 and the 1982 Chevrolet Corvette C3. One of the episodes which have been shown here focuses on the illegal drug trade.

Photos from Chevrolet and imdb.com

Also read: Get your auto action fix from Netflix