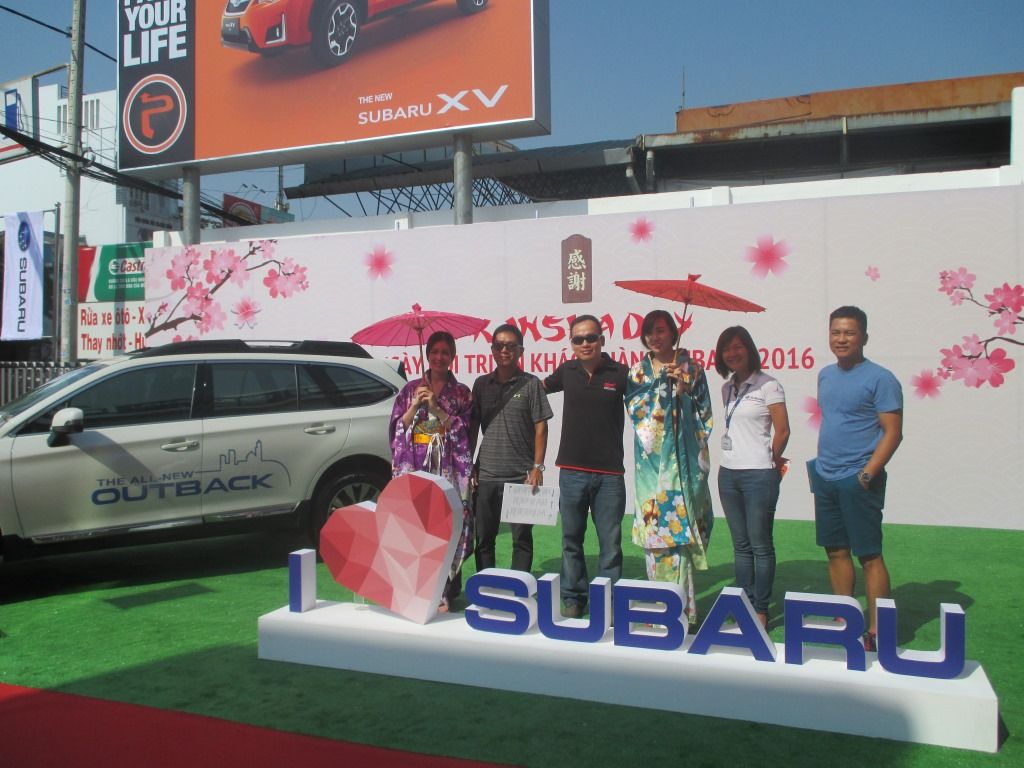 MANILA: Subaru Kansha Festival is one of the most awaited and different automobile promo in the Philippines. Started back in 2012, Kansha Festival in a way helps to collaborate two cultures; ours and the Japanese. Last year, the said promo was out in the month of May, but, this time, it’s a bit early in February, making the beginning of 2016 better than ever.

Well, have you ever heard of Thanksgivings, it's a western world festival that is exclusively celebrated to say thanks to your family and loved ones, and to have a great time together. Kansha Festival like the same is an eastern version of the same and unlike the former, it does not last for one but for seven days.

Subaru's Japanese origin rightly explains its move to celebrate its festivity here, with all of us. Earlier we reported you that Hyundai is the first auto band to come up with a promo in 2016, the said promo is still running and is called the Priceless Promo. And now Subaru Japanese Promo makes it second in the row after Hyundai to treat its customers. It seems like festivity is an integral part of offer making, as in 2015, Hyundai ran months long promo from October to December on the eve of Christmas.

Coming back to Subaru promo 2016 which is an adaption of Kinro Kansha no Hi, the Japanese Labor Thanksgiving. Like every year, this year celebration routine will remain same, wherein Subaru will celebrate the occasion with its loyal customer base. From seven days straight, starting from 1st February 2016, Subaru under Kansha offer special discounts and schemes on its selected merchandise item, after sale services, car accessories and parts, and lastly, a free 25-point safety check-up for your Subaru.

What is a festivity without some great food and decoration, so keeping in line with the rich Japanese culture, Subaru is adding up its surprise list. So the next time you see a place richly decorated with Japanese reminding items and with a mesmerizing sushi- dim sum like smell, then without a doubt it's a Subaru showroom.

Don't Forget - Your family & your Subaru