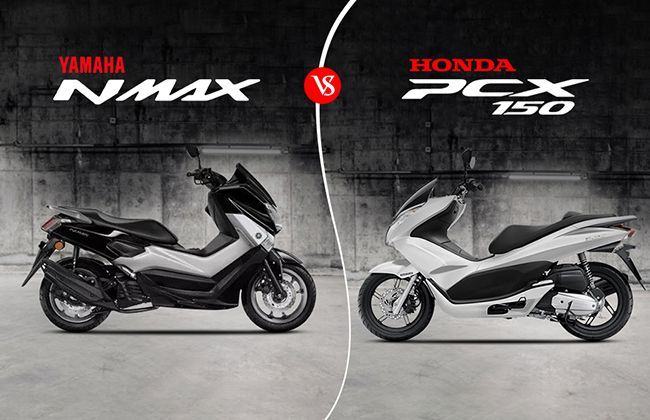 First, there was the Honda PCX 150. And the modern urban commuters of the Philippines thought it was good. Then came the Yamaha NMAX and people found it to be good too. Thus goes the story of the small capacity maxi-scooter in the local market. Both these scooters are broadly put in the same category. But in truth both of them are very different from each other. Which of these two is the better scooter? Let’s find out.

The Honda PCX is Honda’s premium offering in the segment. The company has kept the scooter’s design fresh with continuous improvements and upgrades. The most recent of these was just this year. The Yamaha NMAX was launched hot on the trots of the PCX in 2016 and has largely remained unchanged.

The Honda PCX emulates Honda’s design philosophy with flowing lines and curves. Along with metallic finishes, gorgeous front end, LED lighting and well-maintained proportions, this ends up being a very well executed design. The scooter’s design gives it a luxurious feel that seems to suggest an exorbitant price tag. The Yamaha NMAX, by comparison, takes a more blocky approach to its design, taking inspiration from its bigger maxi scooters. The design and color options go for the same sort of mature appeal that the PCX does. However, the styling looks dated by comparison. Despite seeming more compact, the NMAX is actually bigger than the PCX. The NMAX also rides on smaller 13” tires compared to the PCX’s 14” ones. The Yamaha does get slightly wider tires though. Both scooters come equipped with digital displays. But the one on the Honda is certainly the more modern and sophisticated.

Powering the Honda PCX is a thoroughly revised 149 cc liquid cooled and fuel injected DOHC single cylinder making 10.8 kW at 8500 rpm and 13.6 Nm of torque at 6500 rpm. The engine is very fuel efficient, returning up to 51.3 kmpl. Powering Yamaha NMAX is a liquid cooled, fuel injected SOHC, 4-valve, Blu core engine producing 11.1 kW at 8000 rpm and peak torque of 14.4 Nm at 6000 rpm. While it scores higher than the PCX on both counts, it does end up suffering in the mileage department. The Yamaha can only manage up to 35 kmpl which puts it way behind the PCX. The engine in the NMAX is more focused towards performance and comes with variable valve actuation for optimum power delivery. It has a top speed of 124 kmph.

These scooters are meant to be driven on smooth city roads. The Yamaha’s suspension setup is still set up to be harder than the Honda’s. This does give it better handling which compliments its tight turning radius and wide tires. It is slightly heavier than the Honda at 136 kg compared to 131 kg.

Premium urban scooters are loaded with modern and practical features. These two are no exception. Both the PCX and the NMAX get a huge under-seat storage compartment that can easily store a full face helmet. Both can be refilled without opening the seat from the spine itself. The seat on both can also be unlocked from the same control on the handlebars. But the cargo space under the seat is larger in the PCX. The Honda also comes with a 12V accessory charging port with its own lid. It also comes with a smart key with call back and immobilizer functionality.

Coming to braking, the Honda PCX comes with a disc brake in the front and a drum brake in the rear. ABS is standard on the PCX. The Yamaha arguably has the better setup here with disc brakes both front and rear. ABS comes as an optional extra.

This comparison seemingly goes in the favor of the Honda PCX which comes out to be more modern, beautiful, fuel efficient and well equipped. But all this sophistication is not cheap. The Yamaha NMAX is priced at Php 109000 for the standard version and the ABS version can be bought for Php 119000. The Honda PCX’s price is Php 133000 which makes it much more expensive. Are the extra bells and whistles worth the extra expense? Only you can decide. 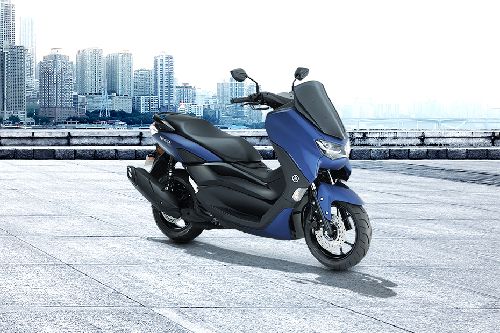 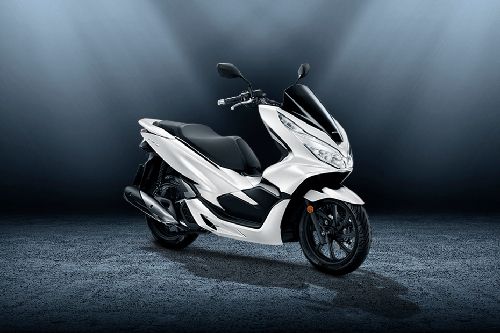