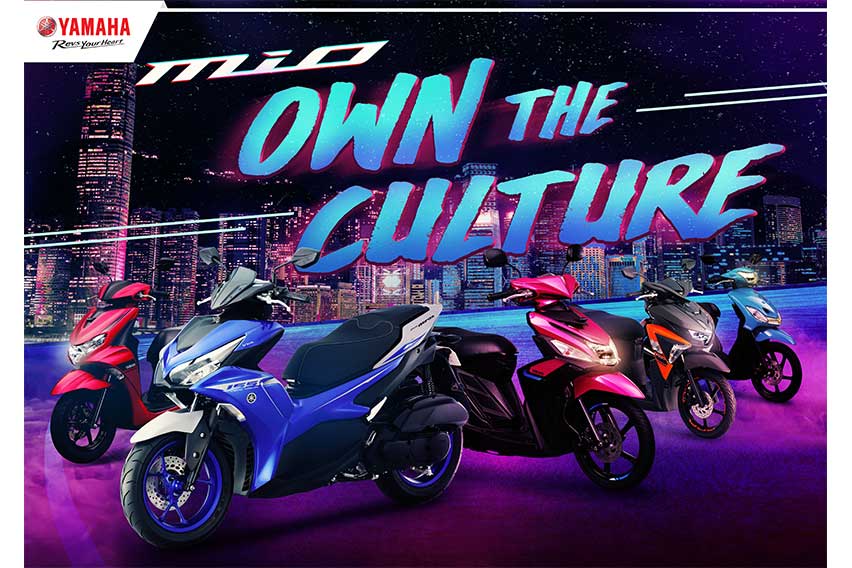 MANILA: Yamaha has officially unveiled the newest iteration of its Mio motorcycles that comes with a fresh set of C&G and features to provide an array of choices to the riders.

The Mio culture started in 2007 along with the introduction of the so-called "Automatic Lifestyle" in the Philippines. The Yamaha Mio has provided a different kind of riding experience to every Filipino through its world-class signature technologies.

The new Yamaha Mio lineup comes in updated hues that complement the features of the motorcycle and their correlation to the riders.

The Mio Sporty comes with a refreshing look that showcases limitless fun and energy on the road.

Also included in the new Yamaha lineup is the Mio i125 that showcases style and efficiency.

For the bold and fierce riders, Yamaha offers the Mio Soul i125 that creates a dominating presence on the road.

The new Yamaha Mio Aerox exhibits a sports AT identity that enables excellent performance on the road.

Completing the new Mio lineup is the Mio Gravis that features simple yet striking aesthetic upgrades that elevates the rider’s expression.

Since its launch in 2007, the Yamaha Mio has been providing automatic excellence and enjoyable features. Its evolving culture continues to accompany the Filipino riders in the action-filled activities that unveil their strength and passion.