Are you ready fo the Toyota Vios GR-S? 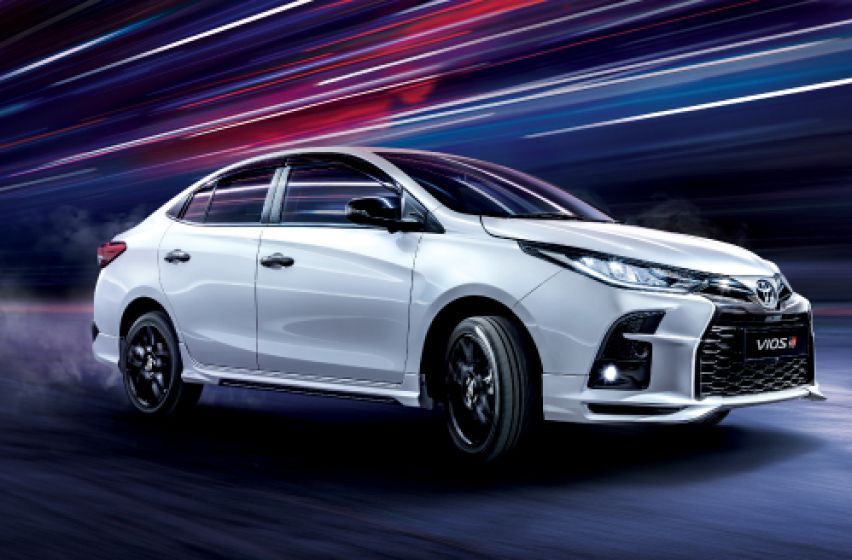 MANILA: Toyota Philippines is set to launch the all-new Vios GR-S variant next week. The GR-S is the sporty variant of the popular Toyota subcompact sedan.

The sporty variant was earlier launched in Malaysia, and we sourced information from our ZIGWHEELS.MY sister site to get a glimpse of what we may expect.

Immediately obvious is the bolder exterior look, highlighted by a Gazoo Racing badge. It comes with a new front grille design--honeycomb mesh instead of horizontal bars. Together with its new bumper, the sedan bears a resemblance to the GR Yaris' front design. It also features a sporty tail end and spoiler. Other notable exterior features include a blacked-out boot spoiler and side mirrors, blacked-out side skirts with small "10-speed" markings, GR Sport emblem on the boot, and a set of black 17-inch alloy wheels with 205/45 R17 tires.

The interior also gets a sporty look, helped along by a red Optitron meter panel with red needles. It is equipped with a 4.2-inch multi-information display that features GR-exclusive graphics. It also comes with leather sport seats with black and red stitching and GR logo on the front seats' headrests. The three-spoke steering wheel and shift lever knob are also wrapped in premium leather material. GR badges are also embellished on the floor carpets and push-start button.

The GR-S variant is powered by a 2NR-FE 1.5-liter four-cylinder  engine that delivers a maximum power output of 107ps at 6,000 rpm and a maximum torque of 140Nm at 4,200 rpm. The sedan gets a continuously variable transmission (CVT) with 10 virtual ratios, which produces higher revolutions range compared to the standard seven-speed configuration. This is enabled through the available Sport Mode and the paddle shifters on the steering wheel.

For better handling and high-speed performance, the Vios GR-S features a sport-tuned suspension system with MacPherson strut up front and a torsion beam on the rear.

The sporty upgrade of the Toyota Vios was previously teased on different international race tracks.

The price of the Toyota Vios GR-S in the Philippines is yet to be announced.

Photos from Toyota (through Zigwheels.my)