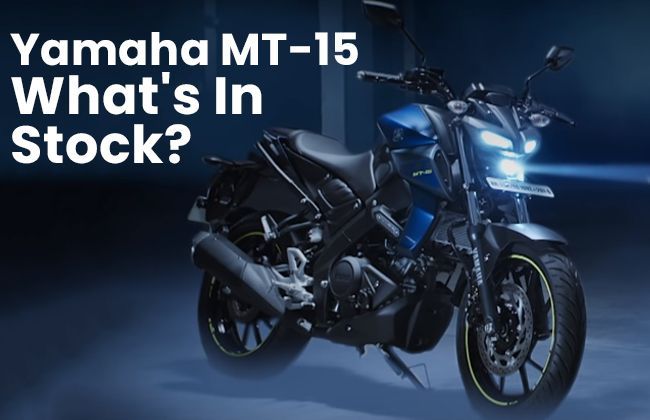 Yamaha fans went berserk when Yamaha Philippines launched the new R15 in the country. It’s the most affordable bike that gives you a big-bike feel like the R1. However, the aggressive riding position of the R15 doesn’t suit everybody. This means the loss of many potential customers for Yamaha. This is where the MT-15 comes into the picture. Available in a few of our neighbouring countries, the Yamaha MT-15 was well received by the fans who like to have a naked streetfighter. As we wait for the MT-15 to arrive in here in the Philippines, let’s have a quick look at what it has in stock.

Just like its elder siblings, the MT-15 also has an unmatchable design and for that, it carries itself with utmost pride. For a naked streetfighter, it looks stunning. It has an aggressive face thanks to the LED positioning lights and the single LED headlamp. You shouldn’t mistake an MT-15 with any other bike out there in this segment. Adding to its aggressive look are the beefier USD forks at the front. They have been intentionally painted golden to enhance the bike’s muscularity. The tank shrouds are nicely contoured so that you can grip the tank firmly with your thighs. The branding on these shrouds is spot on. We also like the radiator covers on the sides.

The side view of the MT-15 is as captivating as the front. You will notice the same exhaust of the R15. There is also an underbelly pan or engine cover to fill the void underneath. Moving to the rear of the bike, there is a small LED tail lamp which seems to be just of the right size. The rear look of the bike is very sporty thanks to the wider rear tyre.

The R15 was praised a lot for its fabulous 155 cc engine. Yamaha really did a fantastic job here. So, why to restrict that engine just for the R15? Yamaha went ahead and fitted it in the MT-15. And we’re so glad that it did. With a max power of 19.3 PS that is produced at 10,000 rpm and 14.7 Nm of peak torque that kicks in at 8,500 rpm, this engine even the MT-15 perfectly. On top of that, the 133 kg weight of the MT-15 makes things even better. Since it is a high-revving or rev-happy engine and the power is produced near the redline, you have to keep the throttle pinned to experience the true character and potential of the engine.

Yamaha’s VVA was another reason why the R15 performed so brilliantly. Now, the MT-15 has it as well. VVA makes sure that there is ample amount of torque available throughout the rev range. This gives the rider a much better experience in riding the bike. Also, riding in the city becomes easier and you would find that the MT-15 can take off even at higher gears. VVA is one of the best features in the Yamaha MT-15 specs sheet.

The dash or the instrument console on the MT-15 is very similar to that of the R15. It is an inverted unit which means legibility won’t be an issue even in broad daylight. There is a lot of information on the display like tachometer, temperature, fuel gauge, speedometer, shift timing light which you can adjust as per your liking, clock, etc.

Since the MT-15’s engine is of high-revving nature, it’s quite likely to downshift at higher revs which might not end up nice. That’s why Yamaha has incorporated an assist and slipper clutch. It prevents clutch slippage in rough, high rev clutch condition as well as sudden lock of the rear wheel during aggressive downshifts. It also makes the clutch light thus helping in riding in traffic.

We like what Yamaha has done with the MT-15 and we’d definitely like to ride one. While we have the Yamaha MT-15 price (Php 159,000), we still don’t have a launch date. When launched, it will be available in 3 colours - Ice Fluo, Matte Blue, and Tech Black. We hope Yamaha launches the MT-15 at the earliest.