All-new Suzuki Swift and Dzire make way to the Philippines 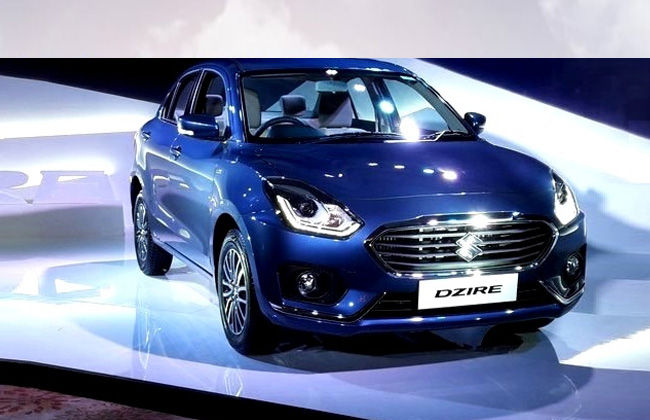 MANILA: Suzuki shakes up the Philippines’s B-segment with the launch of two of its popular models, the all-new Swift and the 2018 Suzuki Dzire. After making the presence count on the big stage at the Manila International Auto Show earlier this year, the cars have been officially launched for the locals.

First up is the 2018 Suzuki Swift that gets a bolder front with a large grille, upswept headlights, and sleek air intakes. The front bumper is rounded off to place new fog lamps. Over the side, you’d notice the blacked out pillars and door handle for just the front doors. The door handles at rear doors have been moved up by the window, which also gives the hatch a three-door look. The roofline sweeps down towards the rear end, giving the all-new Swift a sporty touch. The rear end is accentuated by the unique tail lamps and a rounded off tailgate design.

Inside, the Swift is sportier than before, thanks to the flat-bottomed steering wheel, dark interiors, and silver accents. The centre console is decked up with the circular AC vents and a big touch-enabled infotainment system. The size of the touchscreen depends on the variant chosen by the customer. While the Swift GL gets a 7-inch display monitor, the GLX is equipped with an 8-inch screen. There is a multi-function steering wheel for easy management.

Powering the all-new Swift is a 1.2-litre four-cylinder engine dubbed as "K12M" that churns out a max power of 82 PS and a peak torque of 113 Nm, mated to either a 5-speed manual gearbox or a CVT (depends on the variant chosen).

The 2018 Suzuki Dzire, on the other hand, is a mature machine though with same engine specs but a more sophisticated design. Upfront, it gets similar upswept headlamps, chrome garnished grille and bigger fog lamps than its smaller counterpart. In addition, it gets a pronounced shoulder line like never before which curves towards the end. The tail section is similar to that of its predecessor, however, its rear windshield gets a little steeper.

Open the doors of the new Dzire and you’d feel the sophistication. Unlike Swift, it gets rectangular shapes over the dash. The formal character of the cabin is governed by a large touchscreen at the centre, a multi-function flat-bottomed steering wheel and the silver inserts. The 2-DIN sound system and an infotainment system with a touchscreen are variant dependent. While the former gets USB, AUX, Bluetooth, and CD support, the latter get additional benefit from navigation. The Dzire is offered with the four-speaker system.

At heart, the new Dzire shares the engine specs with its hatch sibling, powered by a 1.2-litre engine producing 82 PS at 6,000rpm and 113 Nm at 4,200rpm. While the base variant Dzire GL gets a 5-speed manual gearbox, the GL+ is equipped with a 5-speed Auto Gear Shift (AGS), an automated-manual transmission system.

The 2018 Suzuki Swift and Dzire variants are priced as follows-