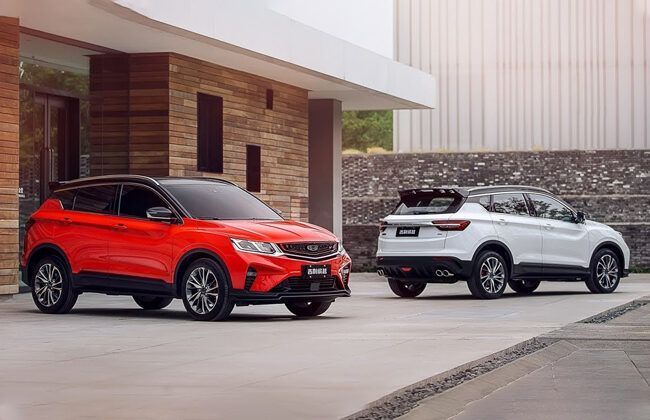 MANILA: It has been some time now since Geely announced its comeback in the Philippines. Besides, it will be Sojitz G Auto Philippines that will handle Geely operations in the country, i.e., the sales and services of the Geely cars. As a matter of fact, Sojitz has previously worked with Mitsubishi Motors Philippines and currently sells Fuso trucks.

The comeback of the Chinese automaker in the Philippine automobile space is going to be a grand one with Geely straightaway aiming at the most competitive market. With the 2020 Geely Coolray Sport, the Chinese automaker is looking forward to dismantling the foothold of the like of Hyundai Kona, Ford EcoSport, upcoming Kia Seltos, and Honda HR-V.

One of the most interesting features on the exterior of the Geely Coolray is the "expanding cosmos" grille, which along with the whole exterior, was coined by Jamie Barrett, who is a British designer. The interior and upholstery, on the other hand, was done by Chinese designers Cong Mei Song and Gu Mian. The cabin on the 2020 Geely Coolray's is said to have taken inspiration from the "Star Wars".

Upfront, the Chinese crossover vaunts LED projector-type headlamps which are also equipped with LED DRLs. The side profile on the Coolray consists of large alloy wheels with low-profile tyres and blacked-out A, B, and C-pillars. At the rear, the Geely Coolray features a pair of slim wrap-around LED taillamps, which are conjoined by a chrome strip.

On the inside of the Chinese crossover is a seven-inch LCD instrument cluster, while the infotainment system gets a 10.25-inch HD touchscreen. Other premium amenities like a panoramic sunroof, soft-touch materials, and other comfort & convenience features provide the occupants with a refined experience.

The 2020 Geely Coolray is powered by a 1.5-litre turbocharged four-pot engine that pushes out 174 PS of maximum power and a peak torque of 255 Nm. A seven-speed dual-clutch automatic transmission takes care of the power delivery duties. The suspension setup is made up of MacPherson struts up front and a torsion beam at the rear.