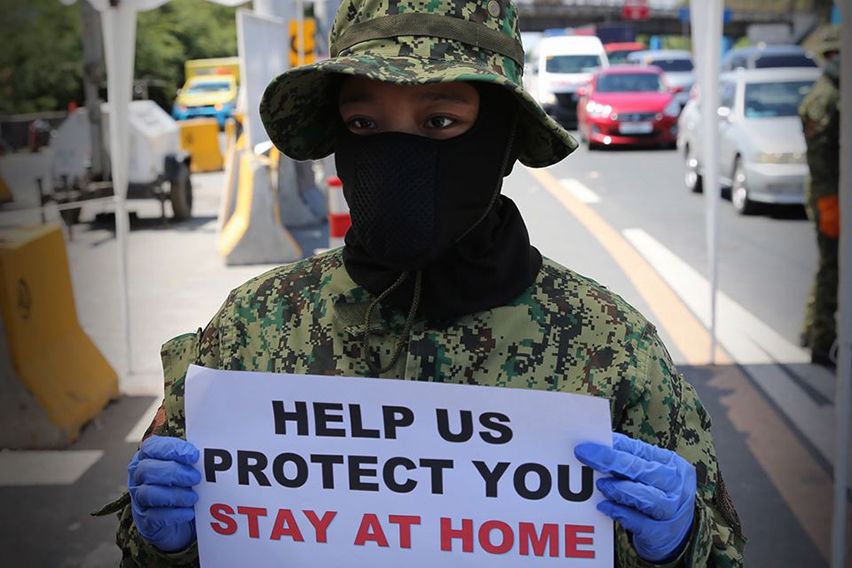 MANILA: According to the announcement of Malacañang last April 3, an extension for another week, beginning today, April 5, has been imposed for the enhanced community quarantine (ECQ) classification in the National Capital Region (NCR) Plus bubble, which comprises  Rizal, Laguna, Cavite, Bulacan, and Metro Manila.

According to Presidential Spokesperson Harry Roque, the ECQ extension was done in accordance to the recommendation of the Inter-Agency Task Force for the Management of Emerging Infectious Diseases (IATF-EID).

He added that local government units (LGUs) in NCR Plus were ordered to intensify the "prevent-detect-isolate-treat-reintegrate" (PDITR) efforts.

He explained that LGUs must also guarantee the stringent implementation of health and quarantine measures and be more vigilant on quarantine violators.

The quarantine classification may be lowered to modified ECQ  (MECQ) one week after PDITR protocols can help slow down COVID-19 cases.

Based on a report that OCTA Research issued last April 2, the average new daily cases of COVID-19 decreased in NCR Plus following ECQ enforcement.

OCTA Research discovered that the infection growth rate of COVID-19 in NCR Plus decreased to “40 percent or less” — an indication that government actions, particularly the implementation of ECQ, “were effective in slowing the growth of the pandemic.”

Furthermore, modified ECQ is currently enforced in Quirino Province and in Santiago City, Isabela until April 15 and 30, respectively.

Meanwhile, the rest of the country is under the more relaxed quarantine classification, modified GCQ (MGCQ).

According to the Department of Health (DOH) report, recoveries have reached 604,905 or 77.2% of the total confirmed cases after 599 new survivors, last Saturday.

Photos from the Department of Transportation