Kawasaki W800 gets updated for 2019 with two version 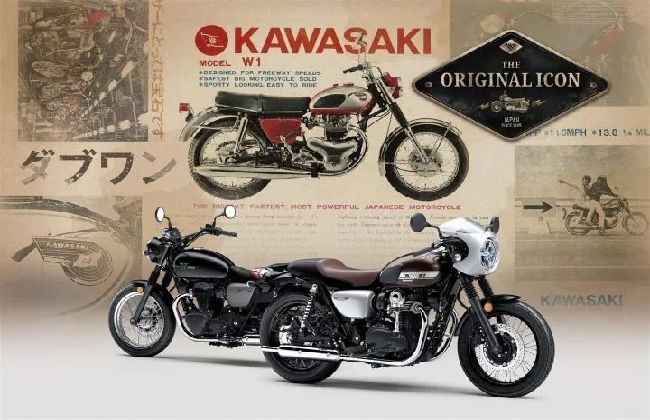 MANILA: The retro-looking Kawasaki W800 is a part of the celebrated W series that was meant to see a dead end, according to what the company announced in 2016. However, having changed its mind, the Japanese two-wheeler manufacturer has revived the W800 for 2019 that is expected to have a Euro-IV compliant engine.

But what is more interesting is that it has been revived with two variants, the Cafe Racer and Street. It is built on a lighter, but stiffer chassis (double cradle frame). It is powered by a 773 cc fuel-injected parallel-twin motor that can make around 47.6 PS of power. And with these updates, the motorcycle is hailed as a very beginner-friendly option.

On the feature bits as well, Kawasaki has brought a lot of changes in the new W800. For example, the motorcycle has been given 320 mm disc up front and 270 mm unit at the rear, which has finally replaced the drums. Also, ABS and a slipper clutch are also part of the package. For lighting, the company has chosen to offer LED all around.

The standard version of the bike has been named the Kawasaki W800 Street, while the other one is the W800 Cafe. The latter has a bikini cowl up front and an aggressive forward-leaning ergonomics with an M-shaped handlebar. There are knee pads on the tank as well. However, the cafe design has costed a pillion seat.

As of now, the company hasn’t revealed the pricing of the 2019 Kawasaki W800 Street yet. But the W800 Cafe Racer has been priced at $9,799, which amounts to around Php 520,600. It is available in the Metallic Magnesium Gray and Galaxy Silver color options.