Looking for a used Toyota Rush?

The Philippines car market has got the Toyota Rush for the very first time in this current generation avatar, giving a tough fight to all the compact SUVs and even many compact MPVs, thanks to its great combination of rugged styling of an SUV and versatility of a seven-seater MPV.

Launched back in 2018, the new Toyota Rush has turned out to be a decent success for the Japanese carmaker and is gradually finding its way in the used car market as well. Currently, you can find 11 samples of used Toyota Rush, if you want a well maintained compact crossover at a fraction of the price of a new one.

Not sure if the Toyota Rush is the right fit for you?

The Toyota Rush is offering a balanced combination of an SUV and an MPV by having subtle traits of both categories of cars. However, if you are someone who wants some more hardcore mettle in his vehicle, Toyota has some fine SUVs in the used car market in the form of Fortuner, RAV4, and even the mighty Land Cruiser.

About the Toyota Rush - Overview

Launched for the first time in 2018 to rival the likes of Honda BR-V and now the Suzuki XL7, the Toyota Rush is one of the most affordable crossovers from the Japanese carmaker. The snazzy exterior looks matched with tough-looking styling bits like body cladding and skid plates and a supremely practical interior cabin with a seating capacity of seven passengers is making it one of the most desirable options in entry-level crossover segment.
Toyota is offering the Rush compact crossover in three different variants:

The powertrain responsible to bring the Toyota Rush to life is a 1.5-litre four-cylinder naturally aspirated petrol engine from its Vios sedan, which here makes a maximum power output of 103 PS and a maximum torque output of 134 Nm. While the base E variant has both the 5-speed manual and 4-speed automatic gearbox options, the higher-spec V variant only does with the 4-speed torque converter.

The Toyota Rush, in its range-topping variant, does with all the practical essentials like a touchscreen infotainment system, automatic climate control, rear AC vents, push-button start with keyless entry and reverse camera.

While the other parts of the world already used to get the previous generation, Toyota Rush, in its sub-four meters five-seater version, the Philippines car market only got the Rush in this current generation seven-seater avatar. Sharing its powertrain combinations with the Vios sedan, the Toyota Rush is venturing into the MPV territory as well, with its seating configuration of seven passengers.

The Toyota Rush gets its fair share of pros and cons, all of which are as mentioned below:

All the three rows of seats offer a decent amount of room, which is a very good thing, considering its compact dimensions

For a compact seven-seater, the Toyota Rush looks quite modern and sharp, which makes it look more like an SUV rather than an MPV

The 1.5-litre engine option is smooth and refined across the entire rev range

The engine of the Toyota Rush feels refined, but lacks zing, especially when the speeds rise. Also, a better automatic gearbox with more gears would have been appreciated, as the current 4-speed unit feels sluggish at times

The equipment list of the Toyota Rush is not as desirable as the overall styling of this vehicle in and out, and more features would have made the package even more desirable

Used Toyota Rush for Sale Philippines Price List starts at ₱798,000 for the model Toyota Rush, in all a total of 19 2nd hand cars available for sale in the Philippines 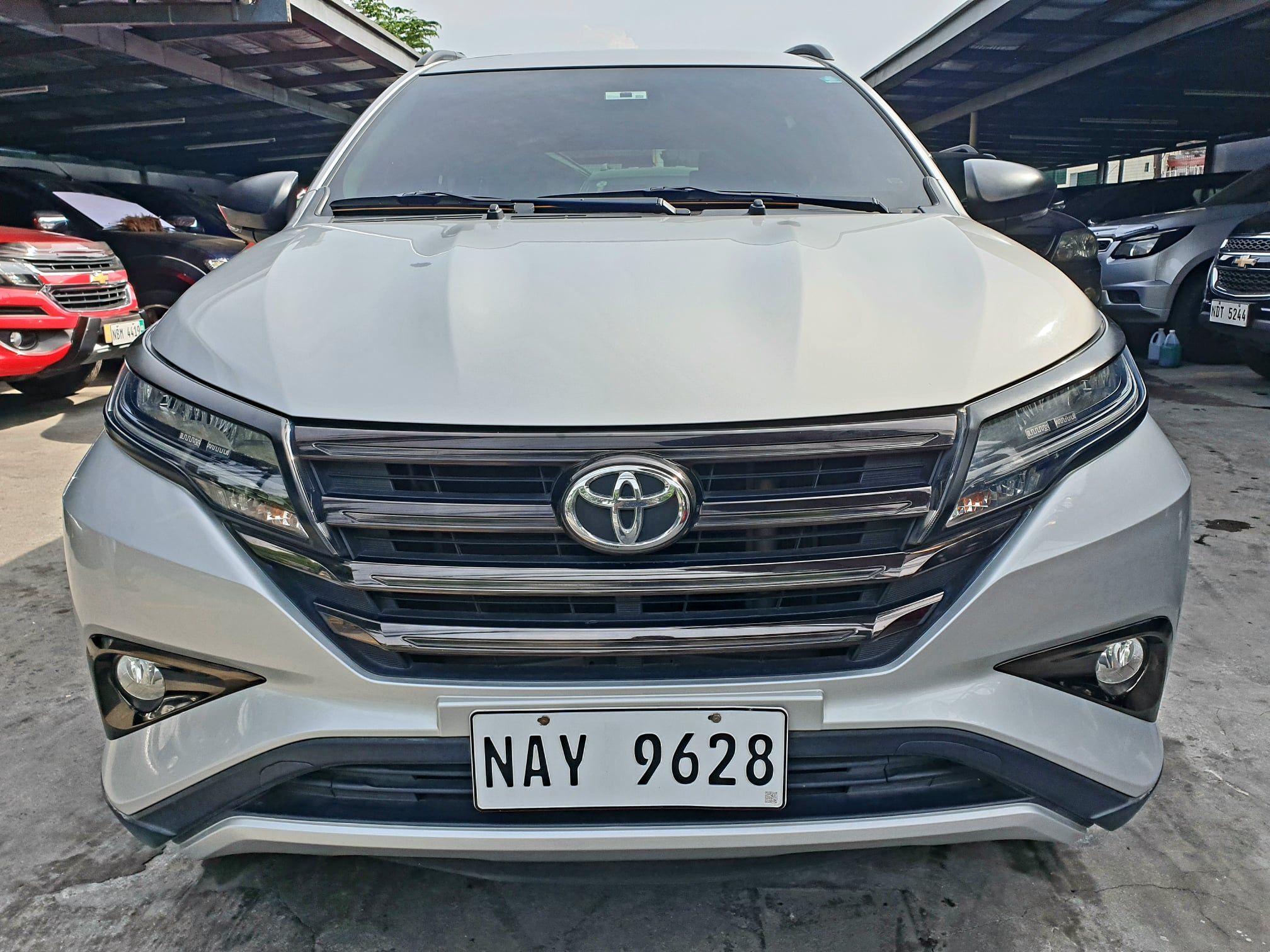 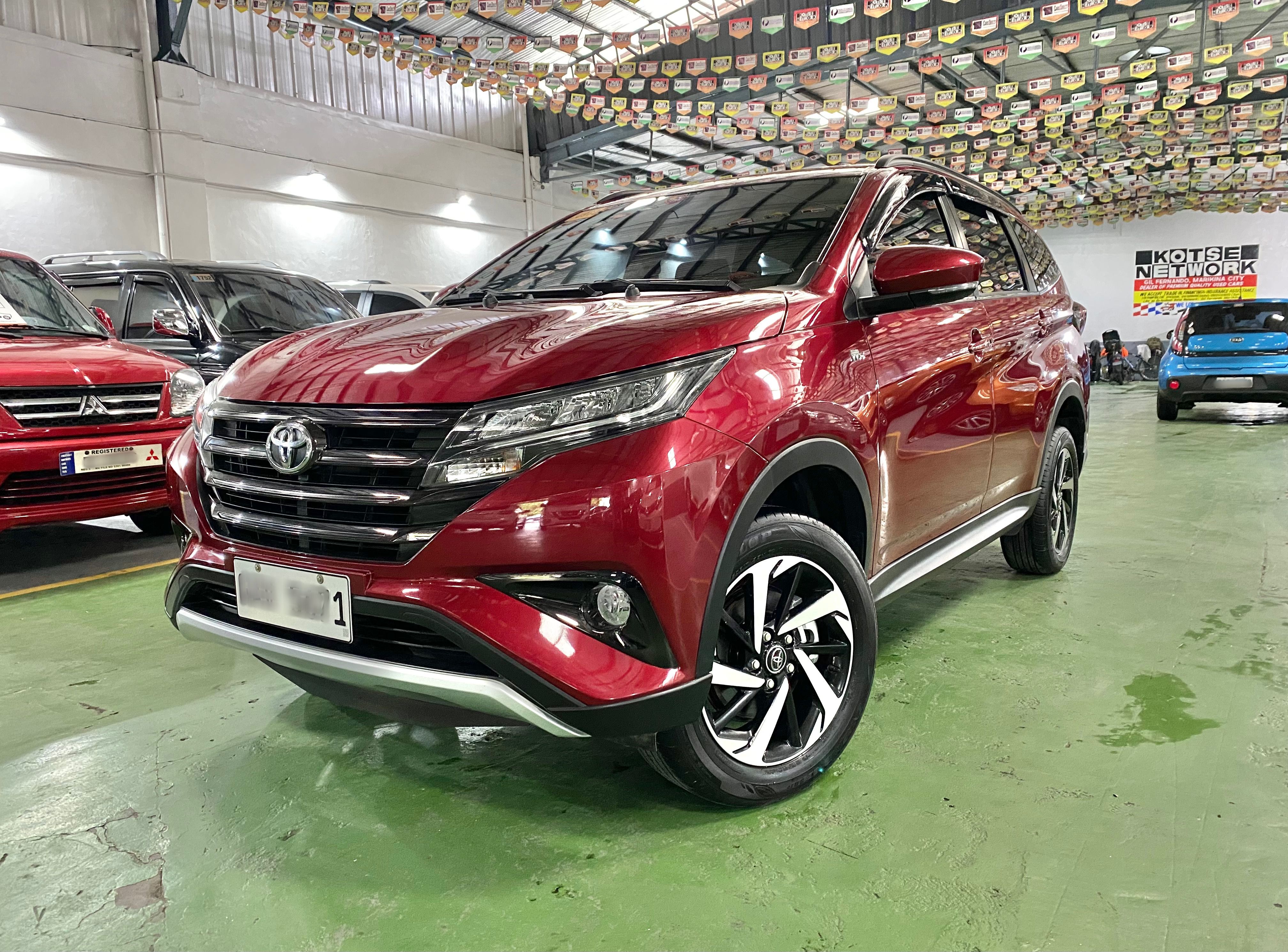 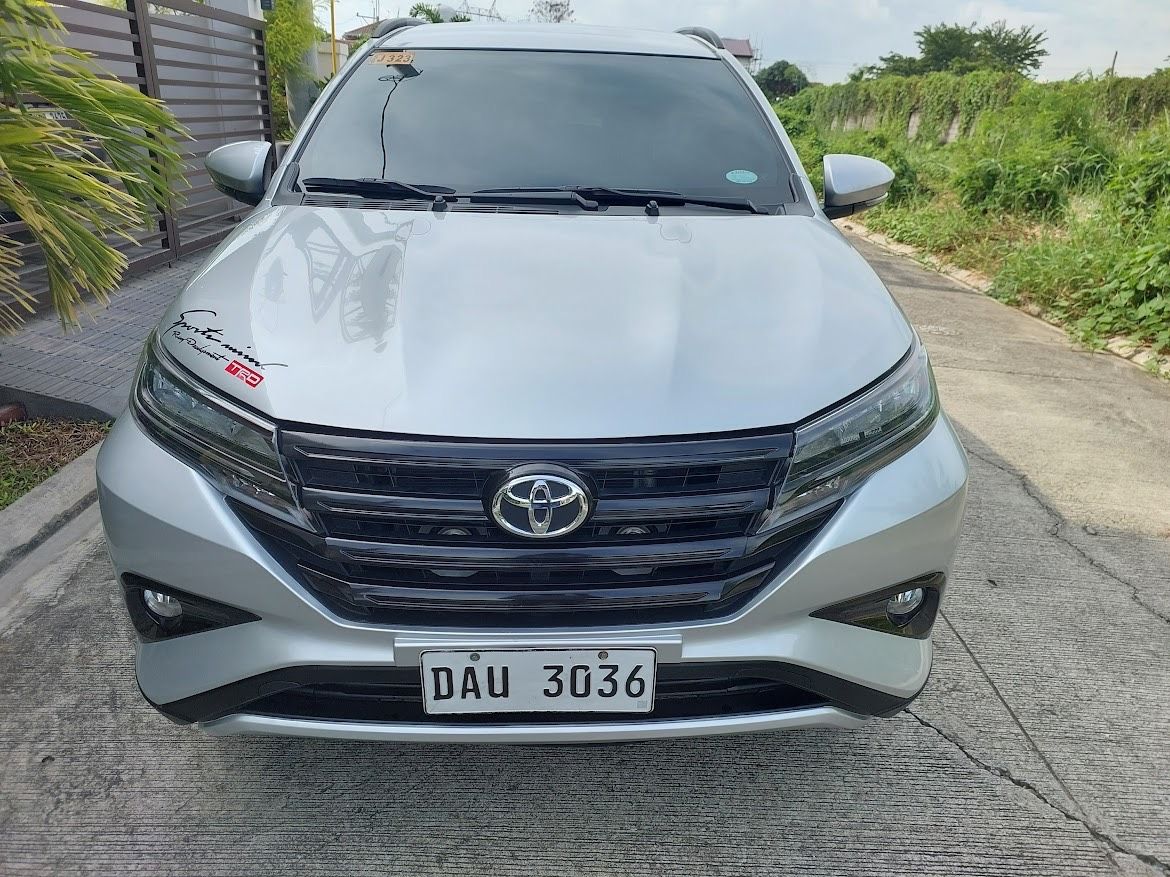 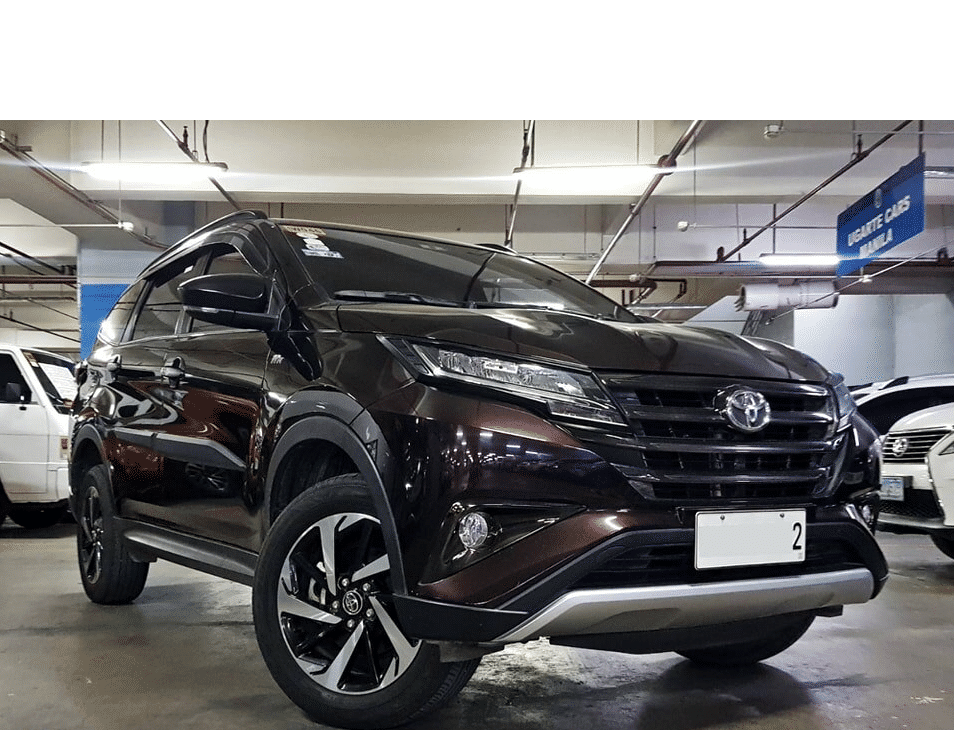 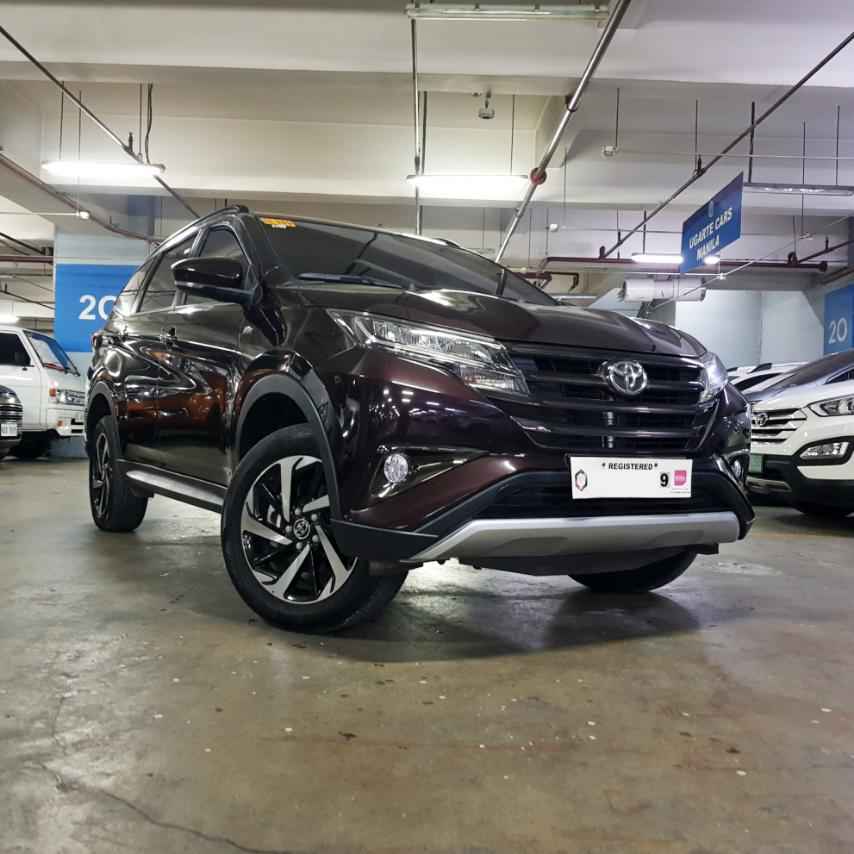 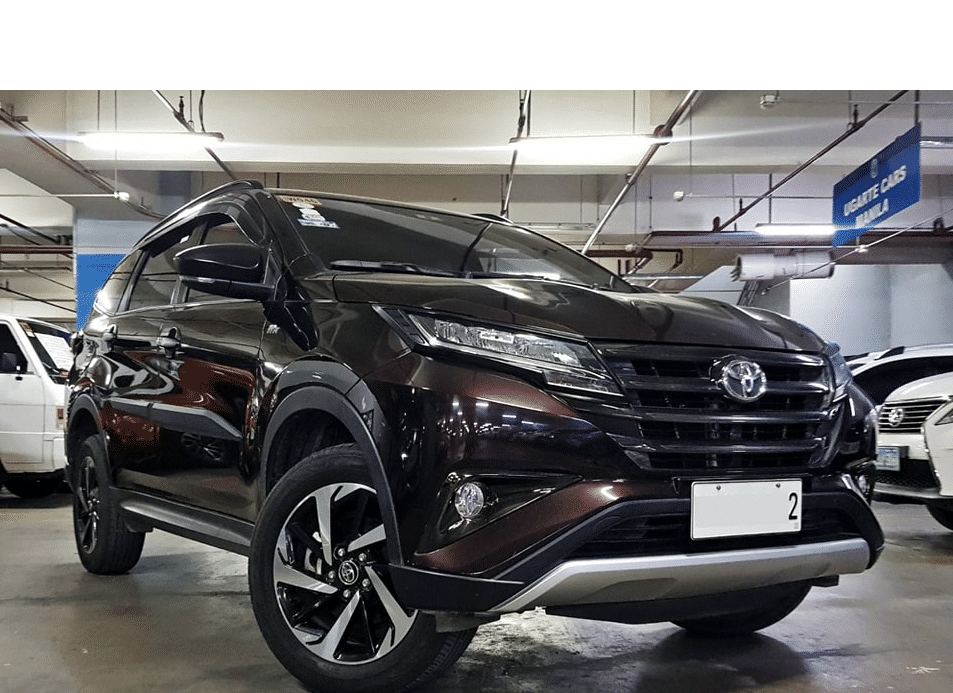 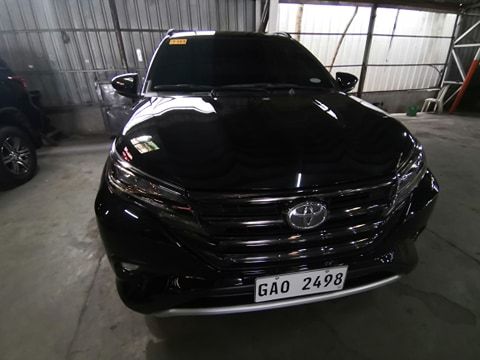