Cruising for a bruising with the Toyota FJ Cruiser 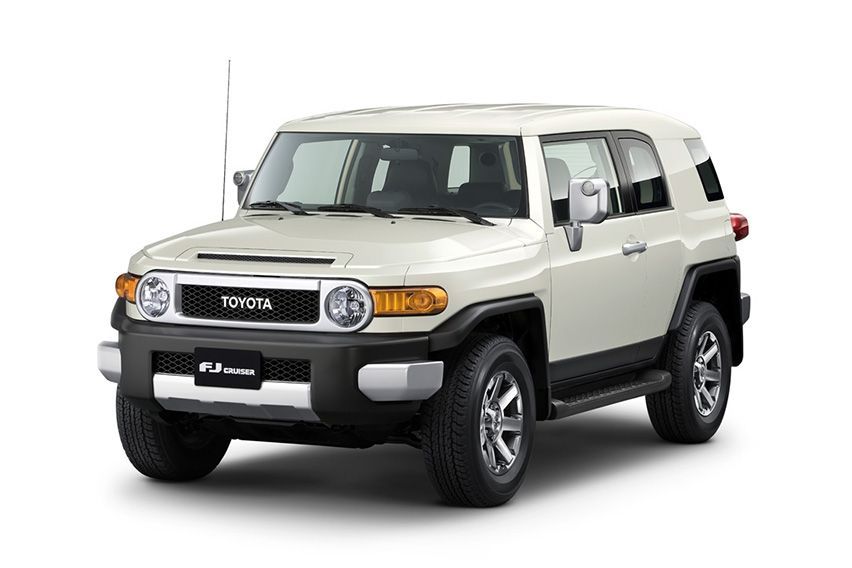 Just like the Basia song from 1990, this Toyota SUV is a throwback, both literally and figuratively, and can smoothly cruise and bruise with its retro styling and off-road toughness.

After starting out as a concept model in 2003, the FJ Cruiser began production in 2005, was released to the market in 2010, before finally making its way to our shores in late 2013.

It is inspired by the very popular FJ40 Land Cruiser of the ‘60s with a body designed by a 24-year old but it shares its platform with the more modern Land Cruiser Prado.

The FJ Cruiser is a one-and-done affair. Designed to specifically target young male buyers, manufacturing was discontinued in 2014 making the first-generation model the only one to ever be produced.

If you're a current FJ Cruiser owner, don’t worry, you'll still get service from any of Toyota 73 dealerships nationwide, but if you don’t own one yet and you like how it looks, get it while there is stock.

Think about it: You’ll own a piece of history and one of the rarest off-road vehicles the Japanese automaker has ever made.

To spice things up, we’ll give this mid-size SUV a look and give you the details on what it has and what it can do.

Exterior highlights include a short wheelbase at 2,690mm (for reference, the Fortuner has a 2,745mm wheelbase), a stocky frame, and a nearly vertical windshield with three windshield wipers. Instead of the usual Toyota logo, the brand name is spelled out across the grille just like how it was in the FJ40 and other older Toyota trucks.

Under its hood is Toyota’s 4.0L 1GR-FE V6 gasoline engine with dual VVT-i (Variable Valve Timing with Intelligence) that’s designed specifically for longitudinal mounting in RWD (rear-wheel drive) and 4WD (four-wheel drive) pickup truck applications. It comes with a high temperature plastic insulator/protector, which fills the empty space between the outer portion of the cylinders and block material common to open deck engines. For increased cooling efficiency, the 1GR has water passages between the bores of the engine, two for each bank for a total of four passages. This is to reduce cylinder hot-spotting and keeps combustion chamber temperatures more uniform.

Power output is 268hp and 380Nm of torque which is sent to its four-wheel drive layout via a five-speed AT (automatic transmission).

Priced at P2.083 million, it comes in much lower than even the top-spec Fortuner. This is due to the Japan-Philippine Economic Partnership Agreement, which makes the price and the model’s exclusivity a hunk of a deal that’s difficult to ignore.