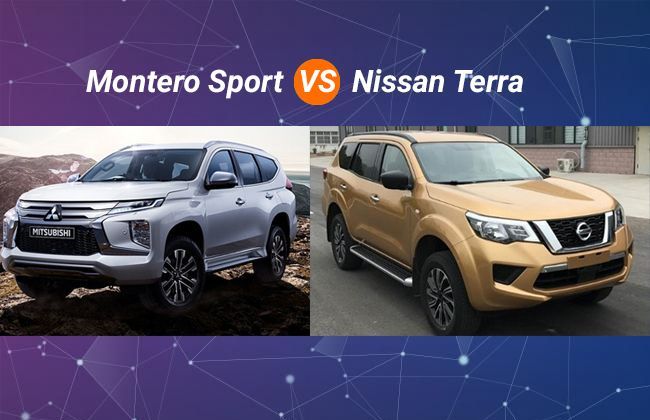 Two most popular and capable 7-seater SUVs that we currently have in our country has to be the 2019 Mitsubishi Montero Sport and Nissan Terra.

In an ever-growing and fiercely competitive segment, these two fellas have kept their names at the top of the list for many years now. This means they must be really good at what they do. But what happens when you put these two against each other? Let’s find out.

The 2019 model of the Montero Sport has been recently launched in the country. Mitsubishi has done some design changes to make the SUV look more modern and stylish. And features like redesigned alloy wheels, new rear spoiler, and a revised front fascia, indeed make the latest Montero Sport better-looking than the previous model.

However, it is the Nissan Terra that seems to have an upper hand here. It might not be as modern and stylish as the Montero Sport but it sure looks much mature and wise. Doesn’t it? Thanks to its tall SUV-like structure, large wheel arches, and an eye-catching front fascia, it also looks much more rugged than the Montero Sport.

Whose interior is better?

Ans. When it comes to the interior, we have to say that the Montero Sport has a better cabin. Perhaps, one of the reasons for that could be the interior theme. Mitsubishi added a new OEM unit that supports both Android Auto and Apple CarPlay in the latest Montero Sport. Also, the new large 8-in TFT LCD instrument panel is a welcoming addition.

On the other hand, the interior of the Terra kind of feels a bit outdated now even though it received a much-needed and updated large touch screen infotainment system with Apple CarPlay and Android Auto in its latest iteration. Also, elements like the silver accents on the centre console of the dashboard aren’t too attractive.

One thing that is common in both the SUVs is the abundance of space. Both of them are 7-seater, provide plenty of room for the passengers in the second row, and decent space even for people in the last row.

Mitsubishi did not make any changes in the engine options of the 2019 Montero Sport. It continues to draw power from the same old 2.4-litre turbo diesel engine which churns out 181 PS and 430 Nm. Unlike before, there is no 4WD or AWD option as of now.

Nissan Terra specs tell that it runs on a similar engine. It has a 2.5-litre diesel unit with a variable turbocharger. It produces 190 PS of max power and 450 Nm of peak torque. The top-end variant of the Terra gets 4x4.

Nissan has got the ‘Nissan Intelligent Mobility’ safety system installed in the Terra. This is an advanced system that provides active safety features like Blind Spot Warning, Lane Departure Warning, etc.

What are the other safety features of these SUVs?

For us, it is the Nissan Terra that wins here. It looks like a complete package. Yes, the Montero Sport is more attractive to look at but it is not like that the Terra is hideous. It has its own style and looks. Plus, it comes with 4x4 capabilities which the Mitsubishi doesn’t right now. 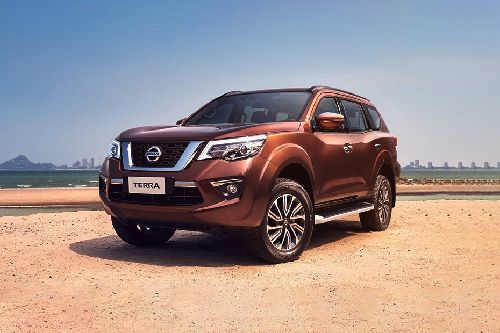