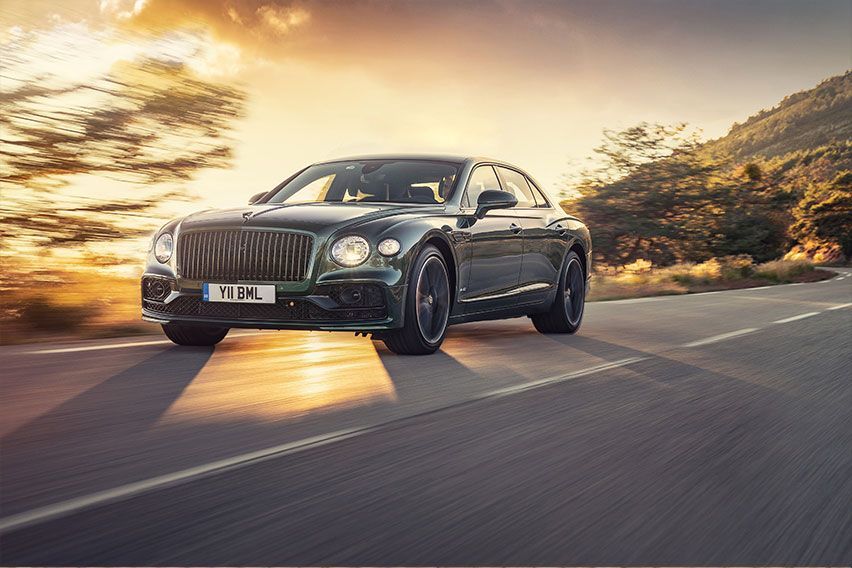 Similar to its predecessors, the all-new third-generation Flying Spur has an appeal that is undeniably Bentley and boasts a spacious cabin providing unparalleled levels of elegance and comfort.

The Bentley model smoothly combines the finest in terms of British workmanship with state-of-the-art technology.

All three generations of the Flying Spur have been designed, built, produced, and developed in Crewe. Each of the 40,000 cars that were engineered has spent over 100 hours on a designated assembly line, where a 250-strong team intricately and manually assembled every Flying Spur.

Once produced and subjected to numerous quality inspections, the vehicle is delivered to any of the 68 countries where Bentley operates, including the Philippines.

Customers in the two largest markets of Bentley commissioned almost half of the total number of Flying Spurs that were produced. The vehicles were equally distributed between the Americas and China.

UK vehicle buyers account for about 10%, while the remaining 40% of the vehicles are allocated for customers in the rest of Europe, the Asia Pacific, and the Middle East.

Formerly called the Continental Flying Spur, the name of the vehicle changed into Flying Spur to significantly differentiate it from the Bentley Continental GT.

First seen during the second half of 2019, the all-new Flying Spur is powered by an upgraded version of the auto brand’s 6.0-liter, twin-turbocharged W12, matched to an innovative dual-clutch, eight-speed transmission.

The vehicle is also the first Bentley to be equipped with an integrated all-wheel steering system paired with an active all-wheel-drive system and the Bentley Dynamic Ride, which is considered as the first 48-volt electric anti-roll system in the world.

Characterizing the interior of the all-new Flying Spur is a new wing-themed fascia that separates the rear and front areas. It uses natural and sustainable material and a range of modern features such as the Bentley Rotating Display.

The Bentley Rotating Display is an HD instrument panel that can shift from a 12.3-inch digital touchscreen to a digital-detox wood veneer finish or to analog dials.

Improving the exquisite cabin appointments is a detailed list of single and dual veneer wood alternatives. Both the rear and front seats are covered by newly designed fluted leather that incorporates diamond quilting (for the Mulliner Driving Specification).

Three-dimensional diamond-quilted leather door panel inserts are also available and are regarded as a world-first as well.

In the all-new Flying Spur, Bentley is pushing the limits of attention and elegance to detail for the purpose of building the spectacular luxury sports sedan that was ever developed.