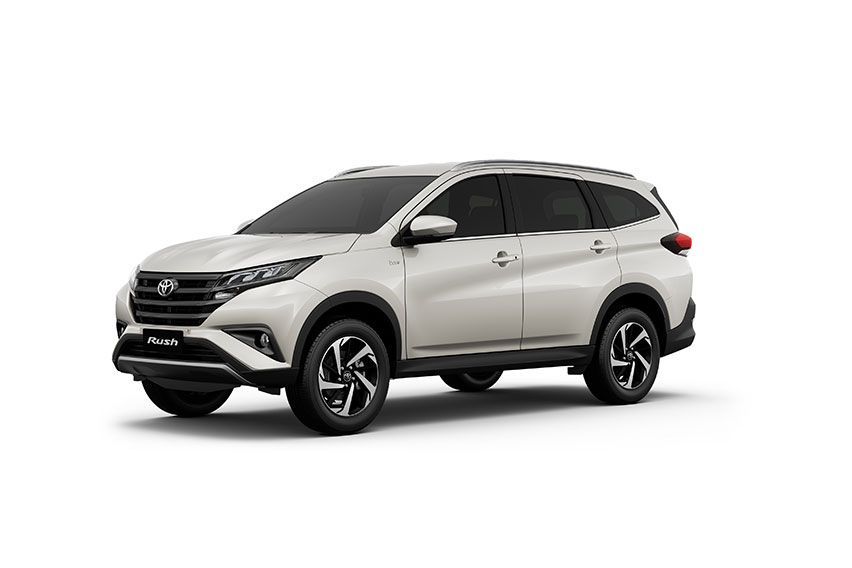 If you’re like most Filipinos, you’d like to upgrade from your five-seater sedan to an SUV, maybe even the seven-seater kind if you have a big family or need the space to haul items for your business.

As a much larger vehicle with a good amount of ground clearance, among many other features, it comes with a more premium price and is definitely more expensive compared to the average sedan.

That being said, you don’t have to make CEO before you’re able to afford one as Toyota Motor Philippines offers the Rush as an entry-level SUV.

For the budget-conscious, we take a look at what the E base variant of the Rush offers the SUV-buying market.

Overall, it still looks more like an MPV (multi-purpose vehicle, i.e. Avanza) than a crossover like the RAV4 but it takes a few of its exterior features from the Fortuner which immediately ups its SUV cred.

Toyota spared no expense on the body’s sheet metal, giving it plenty of curves from the hood, the front bumper, along the sides and even the hatch, to make the basic, utilitarian shape appear more upscale.

It comes with 16-inch alloy wheels paired to 215/65 R16 tires but seeing as the wheel well appears to have extra space, rock some 18s to make this baby look a lot better.

Even though it’s slimmer than a typical SUV, the interior space is still impressive but what’s going to “wow” you is the cargo space where a third row is in the G trim. It is massive relative to this Rush’s size and even compared to vehicles in its segment.

The cabin is understandably plain plastic, although it has been enhanced by giving the bottom panels a lighter finish and some chrome accents.

All seats are fabric. The driver’s seat feels smaller than it should be, which is surprising considering this model is available not just in Asia but in South Africa, the Middle East, among others. It is three-way adjustable (sliding, reclining, and height adjust). The front passenger seat is only two-way adjustable (sliding and reclining).

Second row seats come with a 60:40 split with one-touch tumble and slide feature.

Two things I loved about the cabin though: the second row aircon vents and the seven-inch touchscreen infotainment system with tilt function. The last part allows you to angle the screen up or down to reduce the glare. It has a CD/MP3 player, Aux-in, USB capability, Bluetooth connectivity, and Weblink for iOS and Android operating systems. Audio is sent to six speakers.

The gasoline engine is perfectly suited for city driving. It has a 1.5-liter displacement and puts out 102hp and 134Nm of torque. It feels super snappy coming from a standstill and will do great in bumper-to-bumper traffic if you’re the type who likes to keep stick with the flow of traffic.

It comes with electric fuel injection, a chain drive with dual variable valve timing with intelligence, and is mated to either a five-speed manual transmission (MT) or a four-speed automatic transmission (AT).

Should you choose to customize it, there is an array of TRD (Toyota Racing Development) equipment to choose from. There is the front and rear bumper garnish, a fog lamp cover, a TRD emblem, side body molding, side garnish, and a backdoor garnish.