Walk on the wild side: A look at the Ford Ranger Wildtrak 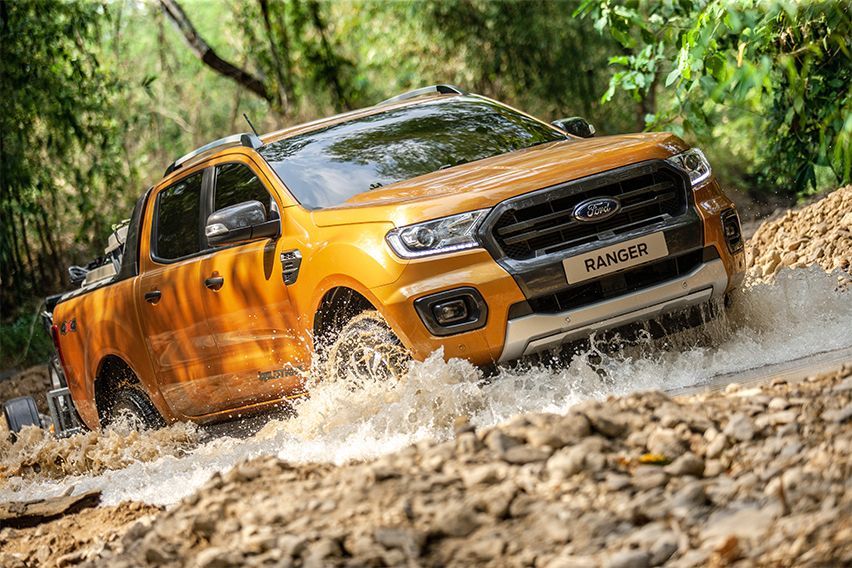 Trucks, in general, were once known as lumbering airheads of the automotive world — all juiced-up and burly like a jock but just not sharp enough to go smoothly around corners or make two-point turns.

Sure, it carries a lot, including — quite literally — the kitchen sink, but good luck enjoying any form of creature comfort past an auxiliary-in port. There’s only so much you can do with a pickup truck’s exterior really. A retouch here and facelift there but in the end, it’s still function over form.

But Ford was ahead of its time and was one of the first local auto brands to turn the pickup truck into something more than just a commercial vehicle.

Loaded with all manner of safety and innovative technological features, we take a look at the Ford Ranger Wildtrak and its three variants.

The 2019 update from Ford considerably enhanced the Wildtrak, inside, outside, including its performance.

Its body gets a new grille, redesigned front bumper, and all three sport LED fog lamps, LED headlamps, LED daytime running lamps, and even LED puddle lamps. All three come with the black rear sport bar with silver insert and, like all Rangers, it’s water wading depth is 800mm with a ground clearance of 232mm.

The rain-sensing wipers, which is standard for all three variants, may seem like an indulgence, but if you’ve ever rushed out of the Boni tunnel into a heavy downpour, you’ll begin to appreciate its value.

On the load box is an auxiliary 12-volt power outlet for those times you want to play some music while doing some manual labor. It comes with a bedliner, inner tie downs, side steps, and a tailgate lock.

It's one of the first pickup trucks to ever sport voice recognition software and it keeps that up by introducing Sync3. Voice commands are now more conversational which makes it easier and more comfortable to use.

The entertainment system is centered around an eight-inch color touchscreen that sends audio to six speakers. All three variants are equipped with Apple CarPlay and Android Auto, DAB+ digital radio, Bluetooth with phone and audio streaming, two USB ports, but only the Wildtrak 4x4 comes with a windscreen-mounted USB port.

One feature that sets the 4x4 variant apart is its engine. It is powered by a 2.0L BiTurbo diesel engine with 210hp and 500Nm of torque. The 4x2 variants share a 2.0-liter single turbo diesel engine that puts out 177hp and 420Nm of torque. The manual transmission of the 4x2 comes with six speeds while the 4x2 automatic transmission and the 4x4 share the same 10-speed gearbox. Fuel capacity is the same for all three, an 80-liter tank.

On the 4x2 automatic transmission is an adjustable speed limiter.

Ford’s work on the Ranger simply proves trucks need not be a handful just because its hefty and have a rough personality.

Known for its off-road prowess in the beginning, it’s now gaining a reputation as one of the most advanced trucks in the market.