MANILA: Audi has expanded the lineup of the Q5 compact SUV with the addition of a Sportback body that offers two engine options, TDI and TFSI with a mild hybrid system. 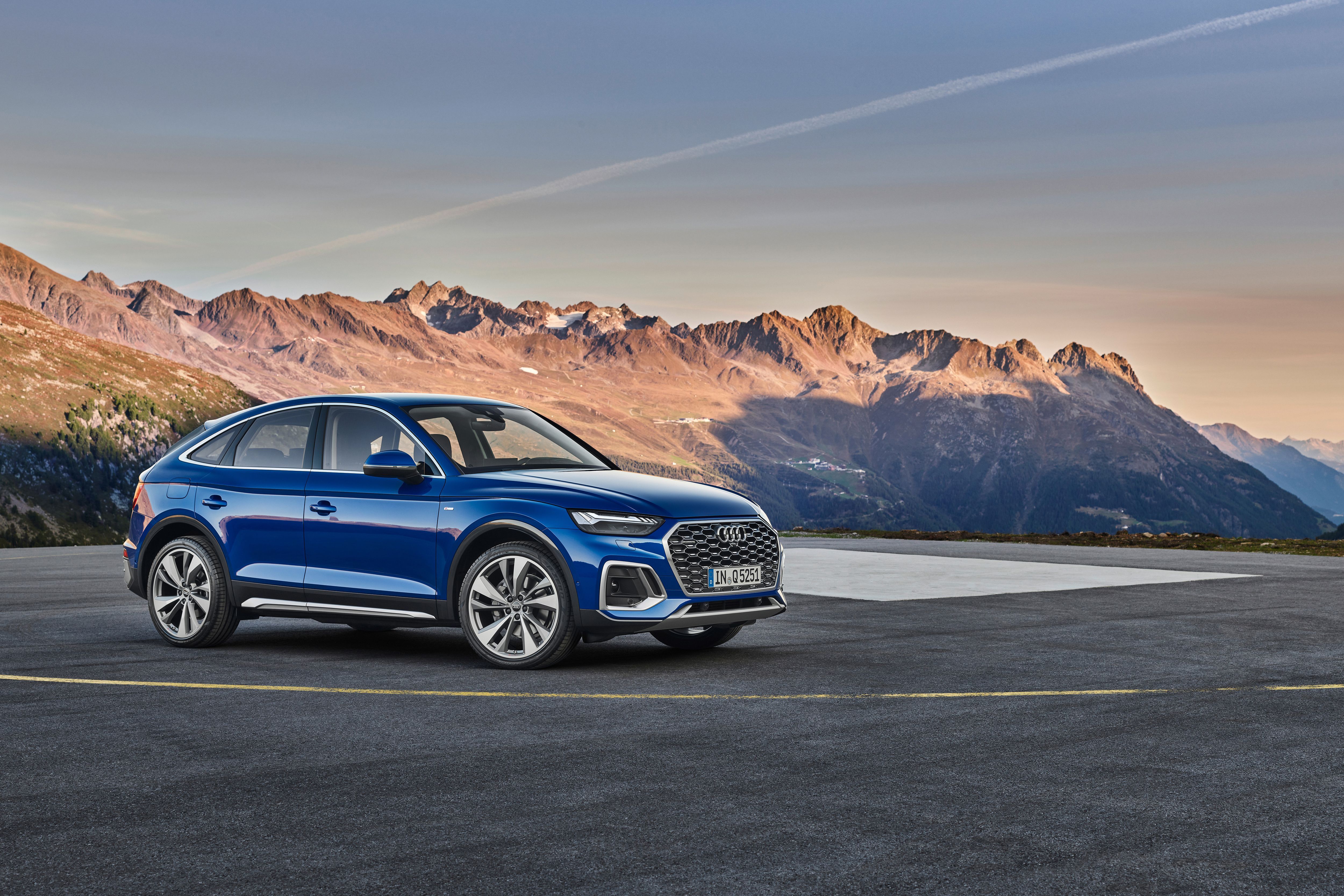 “Form often carries as much weight as function for Audi customers, many of whom have been drawn to the brand by our longstanding commitment to combining design that innovates and inspires with fundamental everyday versatility and usability. In new Sportback form, the ever popular Q5 makes a far more expressive statement visually, but remains impressively fit for whatever life throws at it. Like the Q3 and e-tron Sportbacks it really is a best-of-both-worlds proposition,” said Director of Audi UK Andrew Doyle. 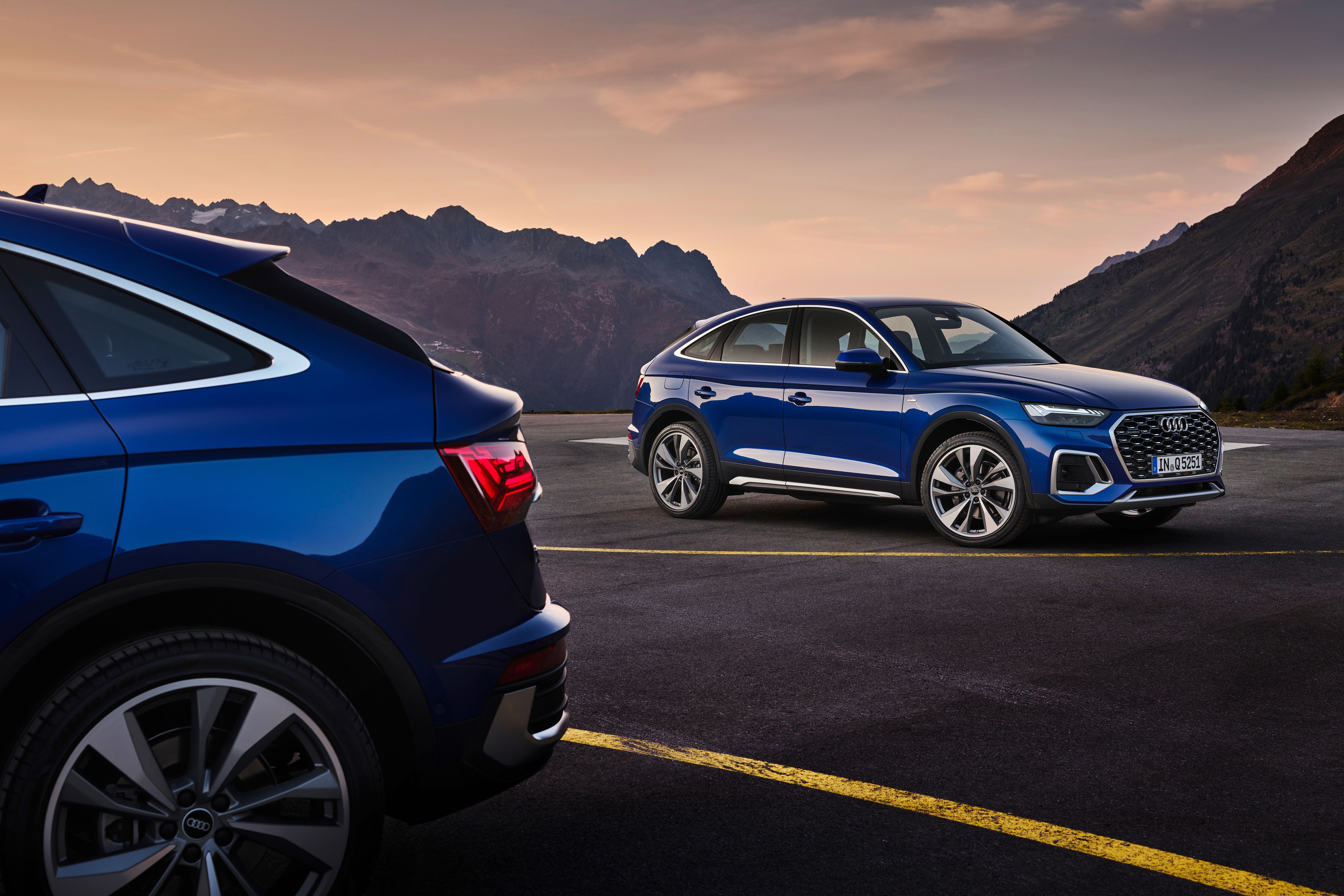 Clearly visible on the façade are large air inlets that flank the octagonal Singleframe. Headlights come with daytime running light signature feature LED or matrix-design LED technology for S Line models and above. The rear window is sloped sharply while the rear bumper is high-mounted to give it the dynamic Sportback appearance. 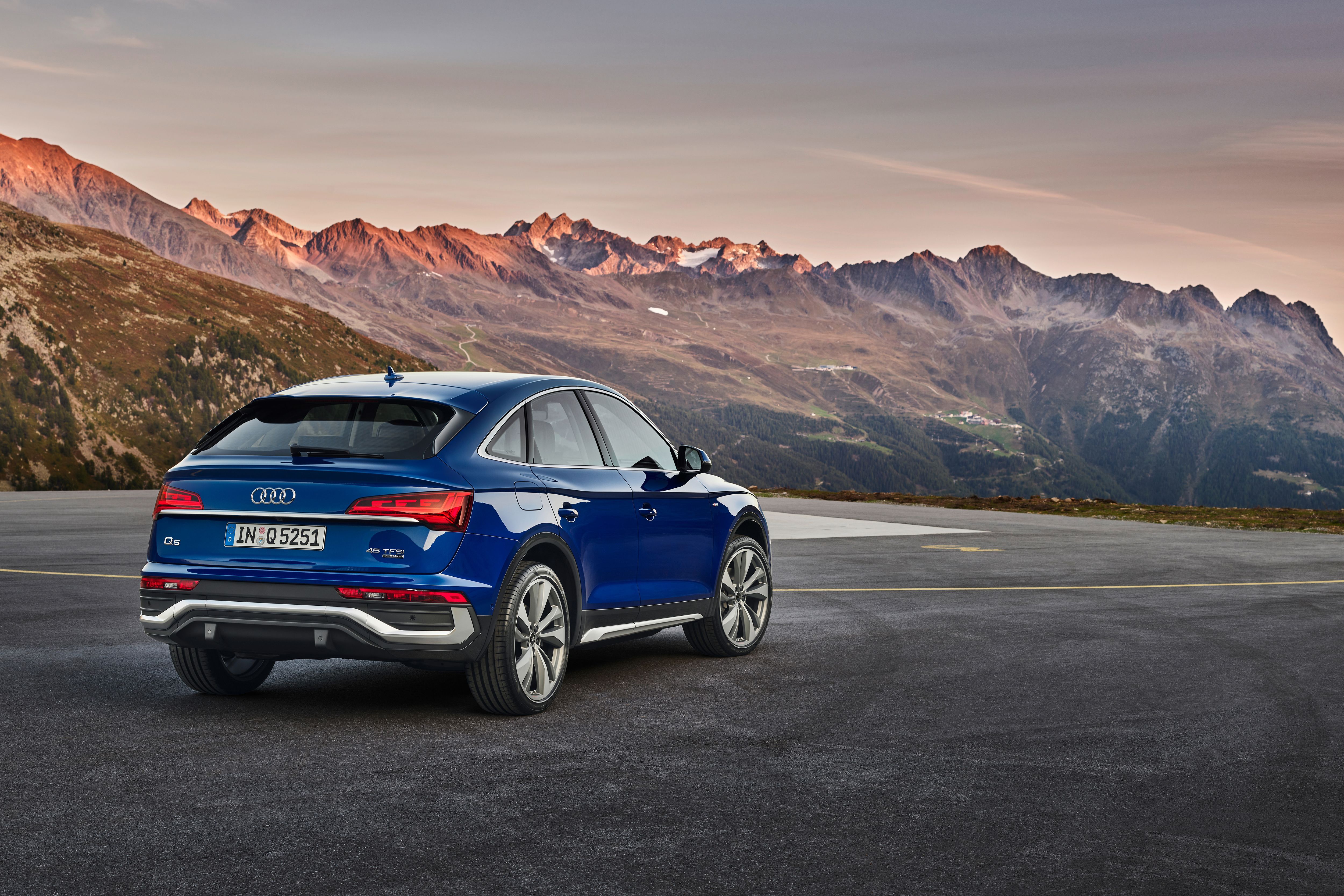 The Q5 Sportback is seven millimeters longer than its sister model but has the same height and width. As it comes with a more aerodynamic design, its coefficient of drag is lower at 0.30. The long wheelbase of 2.82 meters allows enough room for five in the cabin. 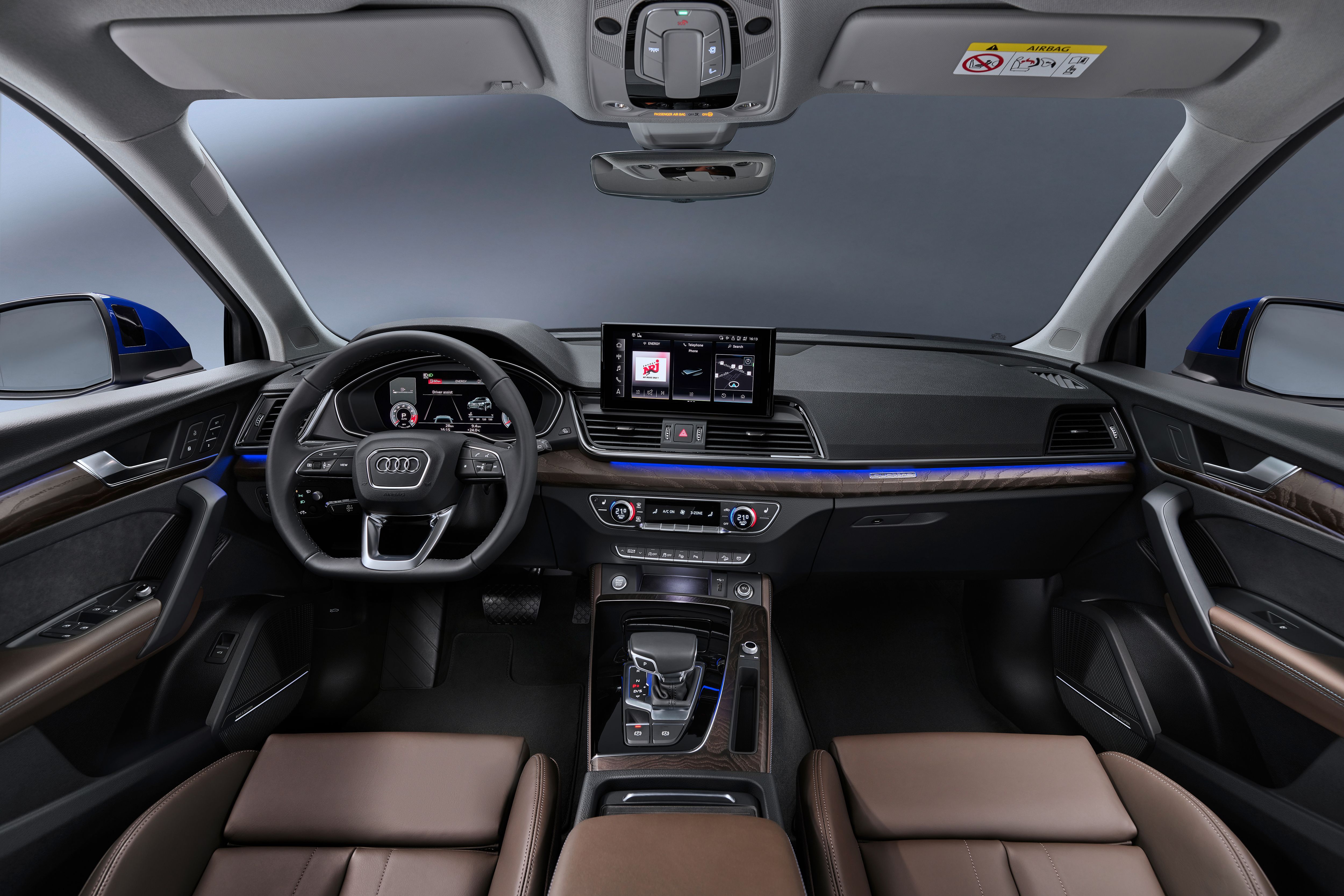 Inside is a two-section dashboard with a freestanding 10.1-inch MMI display. It already coms with the third-generation modular infotainment system or MIB 3 which allows for full touch-screen functionality of the monitor, as well as a greatly enhanced natural language voice control system. This latest system is able to access information from the cloud to inform its responses, and can be activated by either pressing a button on the steering wheel or by saying “Hey Audi.”

The 12.3-inch display Audi Virtual Cockpit is standard and aside from the regular information it displays like speed, RPM, fuel, and engine temperature, it also shows high-resolution satellite images from Google Earth and uses the swarm intelligence of the Audi fleet to deliver lane-by-lane information on traffic flow and traffic forecasts in real time, as well as providing alerts for upcoming hazards such as slippery roads and fog.

A powered tailgate comes standard. It opens up automatically to a 510-liter compartment. Fold the rear seats and that increases to 1,480 liters. Vorsprung versions offer increased variability with sliding rear bench seat that comes with a 40:20:40 configuration. When its base is pushed forward, luggage capacity can be increased to 570 liters.

Under the hood of the Q5 Sportback are any of two 2.0-liter four-cylinder engines — a TDI and TFSI — each with 201hp, and mated to a seven-speed S tronic dual-clutch transmission. Both will have Quattro all-wheel drive featuring an on-demand system that can disengage the rear axle in everyday driving conditions for maximum efficiency, and reconnect it predictively within fractions of a second when required.

The TFSI engine will come with a 12V mild hybrid system employing a belt alternator starter to store electrical energy generated during braking in a lithium-ion battery. This helps increase the output of the TFSI engine to 261hp. It also helps the vehicle when coasting with the engine idling or completely shut down, and is able to more fully reap the benefit of start-stop technology by disengaging the engine during deceleration at of 21kph and below while also restarting impressively smoothly.

The 2.0-liter TDI engine meets the limits of the latest emissions regulation Euro 6d-ISC-FCM or EU 6 AP by using a twin-dosing SCR system with double AdBlue injection. It injects urea solution into each of two SCR catalytic converters arranged one behind the other in the exhaust system: one close to the exhaust manifold and one farther away from the engine in the exhaust system to further reduces nitrogen oxide emissions.

Expect the new Audi Q5 Sportback in the market by the first half of 2021.

Also read: New Audi A8 L: A longer wheelbase and a host of features