Kawasaki 2018 Ninja H2 SX SE being recalled in the USA 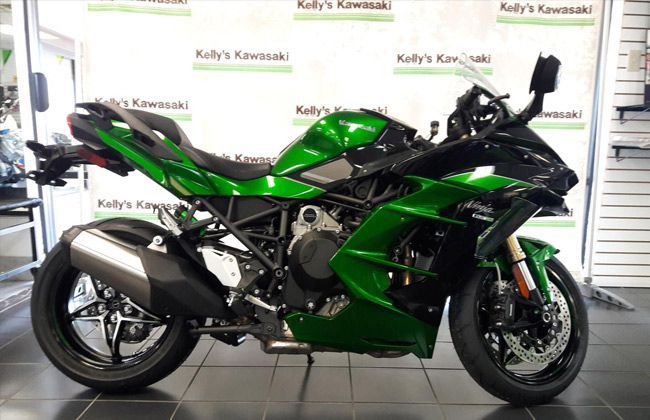 According to the company, the centre stand is getting dropped down, which is the main reason for recalling. It becomes risky while riding as the rider may lose balance and there is a chance of crashing. The National Highway Traffic Safety Administration, which is associated with the US Department of Transportation defines the failure of the mechanism. According to the administration, the centre stand drops down because the mounting pin moves out from its place. Basically, the spring tension grasps the stand in place and when the mounting pin moves out, the stand gets unlocked. Due to which, the stand drops down.

The issue was first reported in Japan, which was followed by the similar reports from Europe. Following this, the manufacturer inspected the issue and concluded that the stand was not welded in a proper way. As a result of this, the manufacturer has recalled the H2 SX bikes having the centre stand as an additional kit and the Ninja H2 SX SE models.

However, the H2 owners don’t need to panic about it. They simply have to take their two-wheeler to the nearby Kawasaki dealer, where the left-hand centre stand bracket will be replaced free of cost. The process will begin in the next few days.