Everything you need to know about the Volkswagen T-Cross 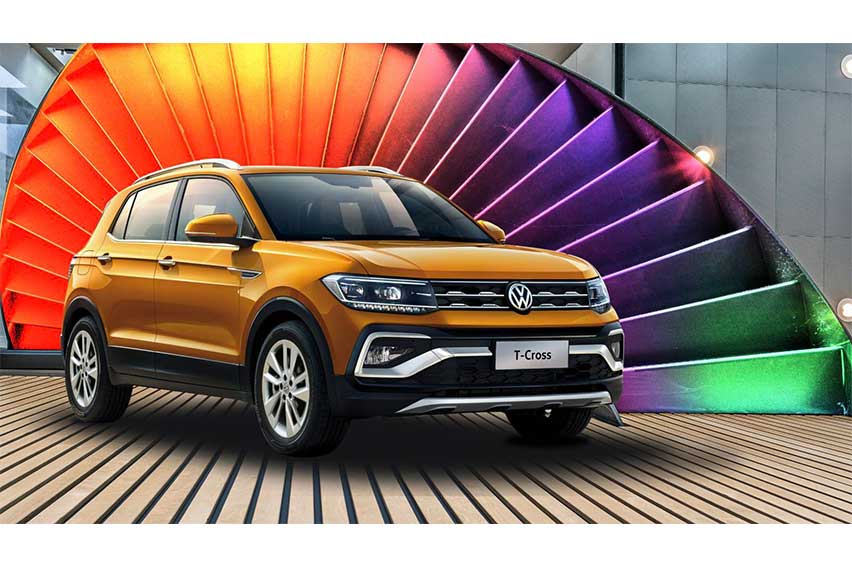 Along with the announcement of its branding refresh, Volkswagen Philippines said that the all-new T-Cross SUV will be arriving in the country soon (May 26th, to be exact).

Following the T-Cross  world debut in 2018, the crossover has been recognized by different award-giving bodies due to its “multifaceted design and engineering excellence.” In 2019, it was took home the Best Compact SUV Award at the BusinessCar Awards in United Kingdom, the Best Exterior Volume Brand Award at the Frankfurt Motor Show in Germany, and the Compact SUV of the Year Award at the UOL Carros and L’Auto Preferita in Brazil. After a year, it was hailed as the Compact SUV of the Year at the 2020 Continental Tyres Irish Car of the Year in Ireland. The T-Cross also became the Compact Family Car category winner at the 5th annual Cars.co.za Consumer Awards in South Africa.

The T-Cross is being manufactured in Volkswagen’s three key facilities in Brazil, China, and Germany. Despite the COVID-19 pandemic, the T-Cross sold around 300,000 units worldwide in 2020, which was 46% higher versus the 202,000 units that were sold in 2019. As of March 2021, it has officially rolled out to 55 countries. Aside from its global sales success, the subcompact SUV has also received a lot of positive reviews from motoring enthusiasts due to its impressive details and features that would definitely complement with the dynamic needs and lifestyles of its owners.

The vehicle’s 2,651mm wheelbase is the longest in the five-seater subcompact SUV segment here. The T-Cross can accommodate up to five people and 329 liters of luggage.

The SUV is upholstered with leather and fabric seats with six-way manual adjustment for the driver and four-way manual for the front passenger. An armrest is also installed at the front center location. All seats feature an ergonomic design that is easy on the back and relaxes the back muscles even on long rides. For added comfort, the T-Cross also comes with a manual air-conditioning system with pollen filter and rear vent.

Say goodbye to boring rides as the vehicle is also equipped with a 9.2-inch touchscreen infotainment display with radio, CD, and MP3 player, Aux-in, USB port, SD card slot, and four speakers. The vehicle’s infotainment system can also be connected to your smartphone through Apple CarPlay and Mirror Link so you can stream your personalized playlist while on the road.

The T-Cross also comes with a multifunction steering wheel and keyless entry/exit with push start system. For a safer and more comfortable driving experience, the cruise control automatically regulates the vehicle’s speed. You can also charge your phones and cameras in the vehicle through the two USB ports in the rear part of the center console and the 12V sockets. Other interior features include LED reading light, ambient light, multifunction display, power windows with one-touch up/down, and central door lock.

Under the SUV’s hood is a 1,498-cc Euro 6-compliant multi-point injection (MPI) gasoline engine with BlueMotion technology that helps in improving fuel economy and reducing emissions. The engine delivers a maximum power output of 113ps at 6,000rpm and maximum torque of 145Nm at 3,900rpm. The six-speed automatic transmission and front-wheel drive system allow the vehicle to automatically adapt to the driving style and road condition for a more convenient and smoother drive. The T-Cross has the ability to accelerate from zero to 100kph in 13.3 seconds, up to a top speed of 185kph.

For better handling and high-speed performance, the T-Cross features a MacPherson independent suspension up front and a composite torsion beam semi-independent in the rear. The vehicle’s safety and reliability is also guaranteed by its ventilated drum brake up front and drum brake on the rear.

To decrease the risk of injuries in an event of a collision, the T-Cross is equipped with airbags in the front and front side. There's also a head curtain. It also comes with three-point seatbelts for the front and rear seats. To ensure the safety of your little ones, the T-Cross is also equipped with an Isofix child seat anchor. Additional safety features include electronic stabilization program with brake assistant, anti-lock brake system, hill hold control, anti-slip regulation, rear parking distance control, rear camera, autonomous emergency braking, emergency data recorder, and tire pressure monitor. To keep the vehicle secured from burglars, it comes with an engine immobilizer.

Crumple zones are also equipped at the front and rear of the shell to collect and disperse the impact energy during a collision and provide an enhanced protection to the occupants. With the help of its first-class safety features, the T-Cross has earned five-star ratings from the European New Car Assessment Program (NCAP), the Australian NCAP, and Latin NCAP.

The Volkswagen T-Cross will be available in two variants: the MPI AT S and MPI AT SE. The T-Cross MPI AT S will be priced at P1.098 million, while the MPI AT SE will be offered at P1,198 million. As an introductory promo, Volkswagen Philippines offers an additional discount of P30,000 on both T-Cross variants for reservations made before its market launch.

While waiting for its upcoming launch in the country, you can check out the full specs of its two variants on the chart below.