Getting to know the Prius C 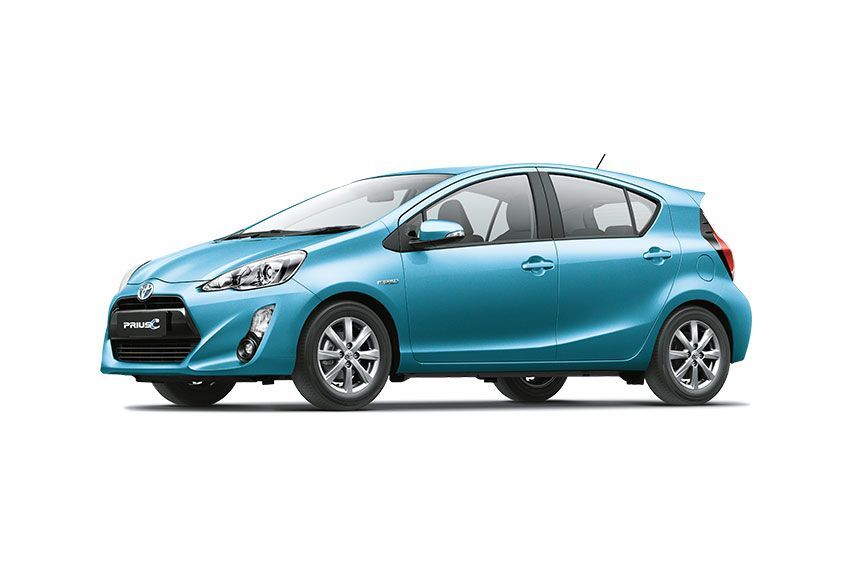 After chauffeuring a virtual who’s who of Hollywood at the 2003 Academy Awards, the Toyota Prius has thrust itself into the spotlight to become the poster car for innovation, sustainability, and renewable energy.

Fourteen years after it officially rolled out at dealership in Japan and across the globe, it has now built a family of hybrid vehicles which includes its smallest iteration, the Prius C (the C stands for City).

Toyota Motor Philippines (TMP) launched the Prius C locally in 2012, just a month after the model was launched in Japan, and says that it is a model that “employs cutting-edge hybrid technology that pursues the best possible performance as a compact car while playing its role in contributing to the environment.”

The Prius C is smaller and more compact than the original Prius and is offered in two trims, the Prius C and Prius C full option. Read on to find out which of the two is right for you.

Despite being a nine-year old model, its body carries very contemporary features including a trapezoidal shape facade that tapers toward the rear to give it a youthful and lively appearance while also enhancing its aerodynamic performance.

Under its hood is a multi-titled engine which won several International Engine of the Year awards, the Toyota 1NZ-FXE engine.

It has forged steel connecting rods and an aluminum intake manifold. The cylinder charge has been reduced to lower torque and power output in favor of efficiency but its extra power demands are met by the Hybrid Synergy Drive (permanent magnet synchronous electric and a nickel-metal hydride battery).

Engine displacement of 1.5 liters, along with power of the electric motor, can produce a total output of 131hp and 280Nm of torque. It is sent to the front wheels via an electronically controlled CVT (continuously variable transmission).

Front brakes are hydraulic with regenerative capabilities which means that during braking, kinetic energy during deceleration is captured by the Hybrid Synergy Drive and stored in the battery for future by the electric motor to drive the front wheels. Rear brakes are ventilated discs.

So far, all features have been standard between both models but inside is where there are minor differences. Seats on the Prius C Full Option are leather, the instrument panel finish is leather, steering wheel is leather-wrapped, and the aircon register comes with center and side plating.

The Prius C uses fabric seats, plastic finish on the instrument panel, has a urethane steering wheel, and only has center plating on the aircon register.

A shift lock system is available on both as well as a shift position indicator, a package tray and tonneau cover, three cupholders (two in front and one in the rear), driver and passenger door pockets, a glove box with an open tray, a front console box, a rear console box with sliding armrest and front personal map lamps.

Power features across the trims are power windows, door locks, but only the Prius C Full Option comes with power retractable side mirrors.