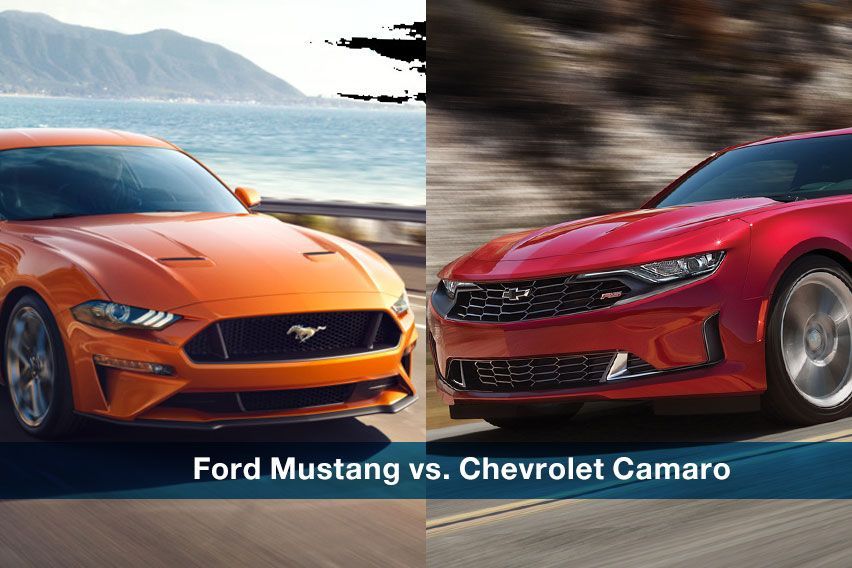 We pit the Camaro 2.0L Turbo 8AT 3LT RS against the Mustang 2.3L EcoBoost Premium AT to give you a better idea of what these sports cars can do on the track and as a daily drive.

The Chevrolet Camaro was launched in 1966 as a direct competitor to the Ford Mustang which debuted two years earlier. Both have since become symbols of power and speed for their respective brands and not surprisingly are now both in their sixth-generation model.

Powering the Camaro is an all-aluminum 2.0L inline-four with double overhead cam, variable valve timing, direct injection, and a twin scroll turbocharger with intercooler. It comes with a heavy-duty cooling package using an extra capacity cooling system, auxiliary engine coolant cooler, and external engine oil cooler. Output of 275hp and 398Nm of torque is sent to an eight-speed automatic transmission with steering wheel-mounted paddle shifters. It has a dual stainless exhaust tail pipe.

In the Mustang is a 2.3L EcoBoost inline-four turbocharged engine that puts out 310hp and 474Nm of torque and is paired to a 10-speed SelectShift automatic with steering wheel-mounted paddle shifters. It comes with a dual exhaust with rolled tips.

Both are rear-wheel-drive units.

Wheels on the Camaro are gray-painted, machine-faced aluminum measuring 20-inches by 8.50-inches. On the Mustang are 17-inch Sparkle Silver-painted aluminum wheels.

Both come with a tilt and telescopic steering column, electric power-assisted steering, leather-wrapped steering wheels, plus cruise control and audio switches. The Camaro’s is flat-bottomed and is heated.

Panels on the Mustang use angled brush aluminum trim while the Camaro gets jet-black leather with custom leather-trimmed dashboard, console, and door trim.

The entertainment system in the Mustang offers an eight-inch capacitive touchscreen with built-in navigation and Sync3, a Shaker Pro Audio system with 12 speakers and subwoofer plus HD radio technology. The Camaro has an eight-inch MyLink touchscreen system with Android Auto and Apple CarPlay, voice recognition, and a Bose nine-speaker sound system.

Both cabins have ambient lighting. Mustang calls it MyColor while the Camaro’s is nameless but offers 24 color configurations.

Like the Mustang, the Camaro uses a smart key with a push-button start/stop feature, a 12V electrical outlet, and USB ports.

So, there you have it, a spec-by-spec comparison of two of the most popular muscle cars America has to offer.

Ford’s Mustang has the edge in power and driver-assist features but the Chevy Camaro is no slouch either as it offers more by way of performance equipment, cabin appointments, and safety features.