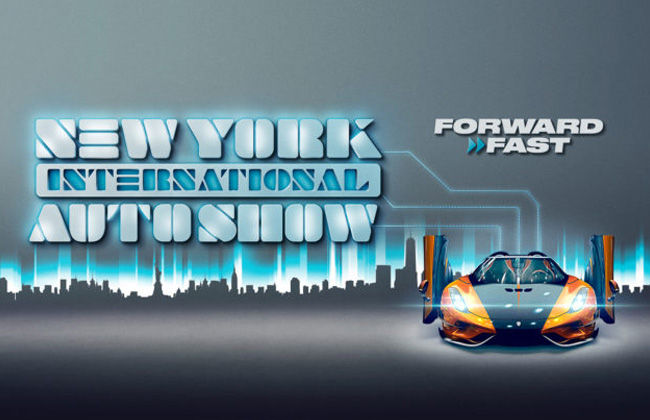 The 2018 New York Auto Show may not have been as exciting as the one that concluded in Geneva recently, but it has certainly witnessed a number of exciting unveils and launches.

New generations of vehicles like the Toyota RAV4 and Subaru Foster were unveiled with their revamped versions, while the upgraded variants like the Maserati Levante Trofeo, the Jaguar F-Pace SVR, and the Audi RS5 Sportback also registered their presence. We also witnessed some exciting concept cars, be it the luxurious pickup truck Volkswagen Tanoak or the futuristic Genesis Essentia. If you missed all the actions, here we are with a list of the 5 top picks from the New York Auto Show of 2018.

This mean-looking Demon completely lives by its name. Boasting a 6.2-litre engine, the SRT Demon generates an impressive power of 840 hp and a peak torque of 1,044 Nm. Its eight-speed automatic transmission system delivers the drive to its rear wheels. It also features a Power Chiller and an After-Run Chiller.

The After-Run Chiller keeps the engine cooling fan and the coolant pump running even when the car is turned off and will inform the driver when the supercharger comes back to its optimal temperature. The Power Chiller, on the other hand, diverts the AC refrigerant to a chiller unit heading to the heat exchangers of the supercharger. We also loved the fact that it is 90 kg lighter than the Dodge Hellcat.

The facelift of the Mercedes-AMG C63 S certainly did not go unnoticed. Slight changes were made in the exterior department but the interior gets a number of technical improvements. The engine, however, remains the same which might have left some disappointed. The old seven-speed gearbox, though, has been replaced by a nine-speed wet clutch automatic transmission system coupled with a new software that enables quicker gearshifts. At the front, the car gets AMP Panamericana grille along with new fins. It also gets new exhaust pipes and a slightly revised diffuser at the rear.

A family vehicle with a top speed of 300 kmph that takes less than 4 seconds to go from 0-100kmph. Yes, that’s what the Maserati Levante Trofeo is all about. It comes with a V8 engine that can generate a maximum output of 590 hp along with the highest torque of 730 Nm. To ensure a smooth handling, the Trofeo rides on a double-wishbone front and multi-link rear suspensions. It also gets 22-inch forged alloy wheels. The car comes with five different drive modes - Normal, Sport, ICE, Off-Road and also a Corsa (track) mode.

The VW Atlas-based concept vehicle has definitely caught a number of eyes. The manufacturers have replaced the rear seats with a truck bed and have also given it a more rugged appearance than that of the Atlas. Its truck bed is 64 inches long and 57 inches wide which can even transport dirt bikes and ATVs. The Tanoak is also blessed with a powerful engine along with an 8-speed automatic transmission system. Volkswagen has also made it clear that it’s in no hurry to get this vehicle in production, but these kinds of concept cars never fail to get us excited. Do they?

Another concept vehicle Genesis Essentia completely blew our mind with its futuristic looks representing the company’s concept of a true GT car. The car features a long transparent bonnet which blends into a swept-back cabin. Its carbon-fiber chassis, exposed pushrod suspension, Crest grille and a formula car-type nose cone are some of the key elements of the Essentia’s design. Acting as functional air curtains, each side of the grille has intakes which streamline the airflow. Just like its German counterpart, Genesis is also mum about when this concept vehicle would be materialized.

There were some other exciting launches as well but unfortunately, we had to pick the best five only. The Toyota RAV4, Audi RS5 Sportback, and the Cadillac XT4 are some of the launches that could have easily been on the list (if I was allowed to make a bigger one). Apart from the two concept cars that were mentioned, the Lincoln Aviator has also managed to create a lot of buzz around.