Transformation of Toyota Vios Over years MANILA: Toyota Motor Company who has been ruling the hearts of the masses with their vehicles, came up with the Toyota Vios in 2002. Developed mainly for the markets of Asia Pacific region, this four-door subcompact sedan was introduced as the replacement to Toyota Tercel which was running a Soluna in Thailand, Philippines, Malaysia, Indonesia and Singapore. Toyota Motors brought the Vios to compete in the popular compact sedan segment against strong contenders like Nissan Almera, Honda City and Mazda2. Positioned below the Corolla and Camry in its class, the Toyota Vios has undergone many modifications over more than a decade and we have listed a summarized sneak peek at the generations of Toyota Vios since 2002.

First generation (2002-2007): Assembled in Thailand assembly plant, the first-ever Vios was introduced in the country in three variants: an entry-level 1.3 J with 2NZ-FE VVT-i engine and 13-inch steel wheels, 1.3 E with 14-inch alloy wheels and the range-topping 1.5 G variant. Later the company also came up with the Turbo variant of the first-generation Vios but that was only Thailand-centric. In 2005, the first generation Vios was also running in the ASIAN auto markets alongside its sibling, Toyota Yaris which is a hatchback complement of the Vios sedan.

Second Generation (2007-2013): The second generation Vios was bigger than the previous generation model and is basically the sedan version of its hatchback complement, Toyota Yaris. Built on a completely new chassis and powered by the 1NZ-FE engine which is only available in the Vios market including Philippines, Vios was considered as the top-selling car in SouthEast Asia in 2009.

Third Generation (2013-Till Now): The third generation B-segment Toyota Vios was launched in March 2013 which is more mature than the previous generation models. Now Toyota Motors is Set to launch the 2016 model at the ongoing Bangkok International Motor Show 2016, Toyota has devoted its entire man-force to develop a much efficient Vios 2016 with a new 1.5-litre Dual VVT-i engine codenamed as 2NR-FE.

Our neighboring country, Thailand has also got its share of treat with The latest model of Toyota Vios and as for the local auto market, it is yet to see whether it will make its appearance at the 2016 MIAS. 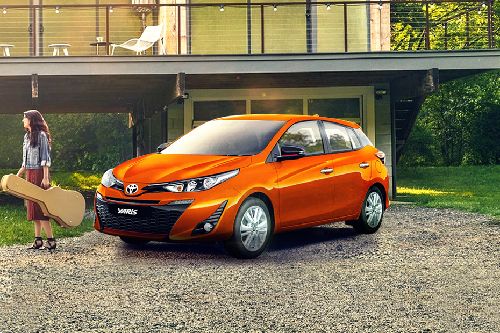