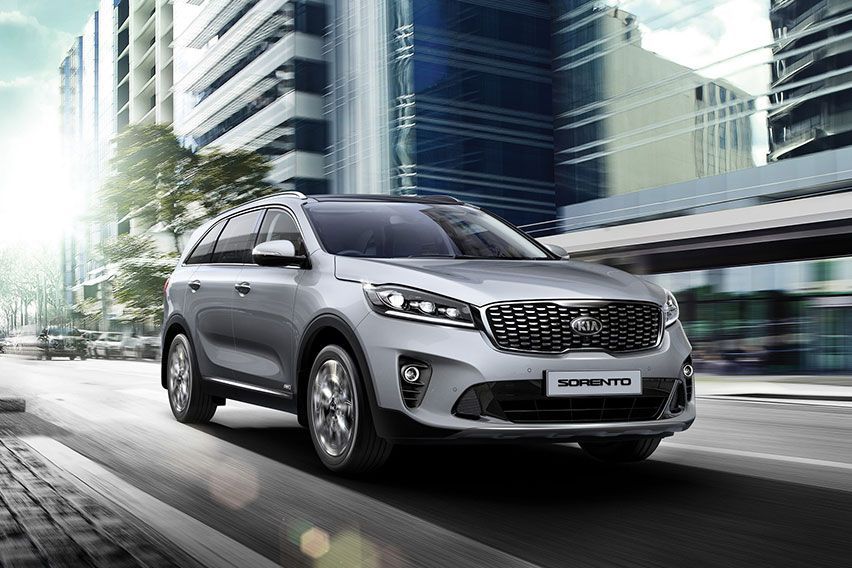 Since its debut in 2002, the Sorento has been has been one of Kia’s well-acclaimed and best-selling vehicles.

Compared to the FWD version, the gross vehicle weight of the 4x4 variant is heavier by 60 kg over the 4x2 variant. The EX AT 4x4 variant also has other distinct exterior features such as LED headlamps with auto leveling for enhanced road visibility, LED daytime running lights that produce a spectacular “eyebrow” appeal, and LED rear combination lamps that create an instantly identifiable look for the vehicle.

It is also equipped with 18-inch alloy wheels and a power tailgate that automatically opens whenever the smart key entry is detected nearby for about three seconds or more.

Similar to the other variant, the Sorento EX AT 4x4 is equipped with a 2.2-liter in-line four-cylinder E-VGT diesel engine mated to an eight-speed automatic transmission with Shiftronic.

This four-wheel-drive  EX variant also utilizes over 52.7% Advanced High Strength Steel (AHSS) for its body, which is responsible for providing additional reinforcement on the sides, rear, front, and high stress areas of its entire body.

The Sorento also flaunts a sophisticated interior with contours that have been intelligently styled for your convenience and comfort.

Aside from its leather seats, the notable interior features of the EX 4x4 variant include the eight-way power with two-way lumbar front seat, aluminum scuff plates with illumination, illuminated push start button, a rear camera display with static guide lines, and a smart key entry.