2020 Honda Fireblade gets an upgrade and special edition model 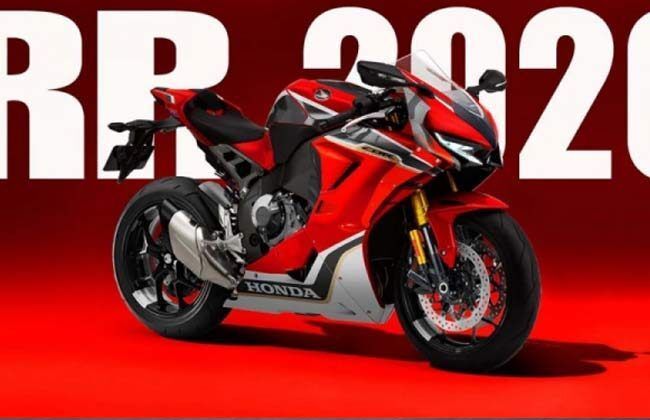 MANILA: Last week, Honda unveiled its new line of European motorcycles at EICMA 2019. There were several highlights at the show and among those which stole the spotlight was the 2020 Honda Fireblade, also known as CBR1000RR.

During the event, Honda announced two new models for their sports bike – the flagship CBR1000RR-R, which replaces the outgoing model, and the special edition CBR1000RR-SP.

Besides an extra “R” these motorcycles are getting a new engine. Inspired by the road-racing Honda RC213V MotoGP, the Japanese automaker equipped Fireblade with a more powerful engine and a longer swing arm.

Honda CBR1000RR-R has an in-line four-cylinder engine, which happens to be the most powerful of its kind. Since it only has a curb weight of 201 kg, the engine can deliver up to 212 hp and 113 Nm of torque.

The flagship motorcycle also comes with an aluminum twin-spar diamond frame chassis. The new design uses the rear of the engine as an upper shock mount, thus increasing its vertical and torsional rigidity.

CBR1000RR-R SP, which is essentially a special edition of the Honda’s flagship motorcycle, will have all the basic features of the RR-R model but with several upgrades. For starters, it has a second-generation Ohlins semi-active Electronic Control.

Front and rear suspensions on Honda Fireblade SP are updated to Ohlins NPX Fork and Ohlins TTX36 Smart-EC, respectively. Brakes are replaced with a four-piston, Brembo Stylema radial-mount brake calipers. These are operated by a Brembo master cylinder and brake lever.

The main takeaway on the special edition Honda Fireblade is Ohlins Objective Based Tuning Interface. The system allows you to adjust the front and rear suspensions independently of each other. You can also configure the three modes – Power, Engine Brake, and Honda Selectable Torque Control – and switch between them even when you’re driving.

The 2020 Honda Fireblade and Fireblade SP will be available in two color options. You can go with Matte Pearl Black, or the Honda Racing inspired Grand Prix Red.