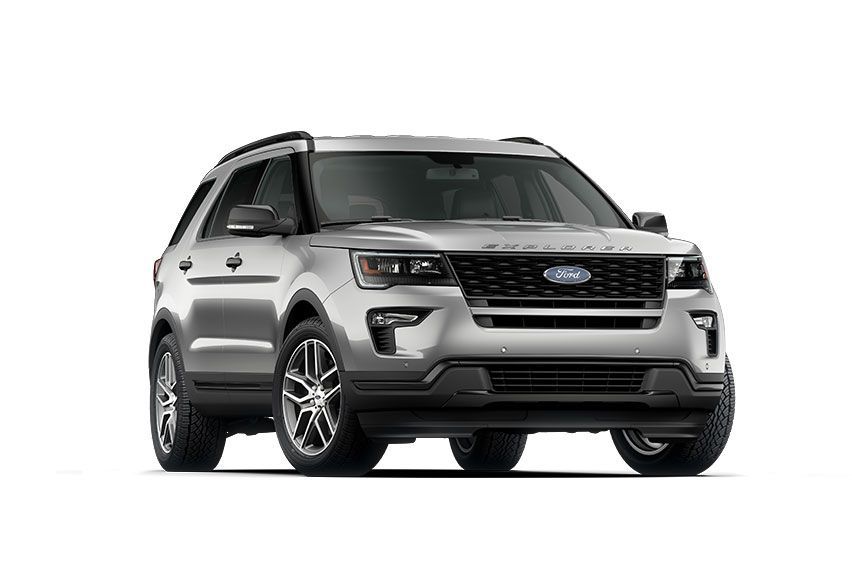 There are but a handful of vehicles that can go wheel to wheel with the Ford Explorer when it comes to stability and a stately ride. It is tall, wide and hefty like a truck, yet it delivers the kind of passenger comfort found only in limousines and large luxury sedans.

These physical qualities are what made it the go-to model for its affluent customers many years ago until they too felt the pinch of fuel prices when it began hovering at the P30-40 range.

The very qualities that made it such a cozy ride were the same ones that were killing its fuel consumption.

So, Ford went out to solve the problem without essentially having to change what made the vehicle great, and the solution was the EcoBoost.

We take a look at Ford’s award-winning engine to see the technology behind it and what it does for this mid-size SUV.

Relief from rising fuel costs and reducing air pollution has long been the goal of automakers around the world. This is why they’ve been scrambling to invent or improve next-generation propulsion technology.

While there’s already electric, hybrid, and even hydrogen-powered vehicles, these technologies are pretty nascent and rather complicated compared to the good, old, and ever reliable internal combustion engine.

Put in an Occam’s-Razor type scenario, Ford went with the easiest solution –reduce the displacement and just turbocharge the internal combustion engine.

Come to think of it, downsizing an engine and plugging in a turbocharger, which is a very crude summary on my part, would be the more inexpensive and more adaptable solution to increasing power and reducing tailpipe discharge versus other, more complex technology.

On top of being the more direct and practical means to an end, the Detroit automaker claims that EcoBoost improves efficiency and CO2 emissions while still providing an engine that’s familiar to auto buyers and most importantly, without sacrificing performance.

The EcoBoost technology spans Ford’s range of engines from the 1.0L in the EcoSport all the way to the 3.5L V6 in the Expedition.

To make it efficient – while at the same time increasing output – Ford plugged in a turbocharger and then used the engine exhaust to rotate the turbine, which then fired up the compressor to pressurize the air entering the combustion chamber for a significant rise in power per stroke.

In addition, instead of using plain fuel injection to pump gasoline to the intake port, which is considered to be more the more wasteful type, ‘direct injection’ into the chamber is done for better combustion and reduced emissions.

This whole orchestra is managed by a software that determines how much fuel needs to be injected and when to apply the cooling mechanism to allow for higher compression ratios.

The result is astounding as it now produces more power from a smaller displacement engine while getting up to 30% better fuel economy and 15% lower emissions.

If you think you can DIY this with your vehicle’s small-displacement engine, well this is a mash-up that’s better left to people with engineering degrees.

Finding the right turbo size to match the engine displacement was one of the key factors along with targeting the delivery of peak power and torque to eliminate turbo lag and make drivers feel and believe that the EcoBoost is as good, if not better than a naturally aspirated, large displacement engine.

To make it lighter and smaller to fit many applications, pipes used to funnel engine exhaust was reconfigured in order to reduce the size of the turbine housing. This also allowed engineers to use aluminum instead of stainless steel. An added benefit of using aluminum is increased turbine spool-up time from a standstill, which greatly improves acceleration.

Another invaluable factor is Ford’s Twin Independent Variable Camshaft Timing. This allows the engines to control the intake and exhaust valves using a solenoid to send pressurized oil to actuators on the end of the camshaft while matching changes in engine speed and load with outstanding accuracy.

Power minus the guilt

The end result is the Ford EcoBoost, whose 1.0L version has now won its eleventh straight International Engine and Powertrain of the Year award.

There are currently more than 8 million vehicles out there using an EcoBoost engine and if you’re one of them, you’ve helped cut our use of gasoline by more than 416 million liters. That’s savings in your pocket, power at your fingertips and cleaner air for your lungs.

That’s the kind of boost everybody can use.