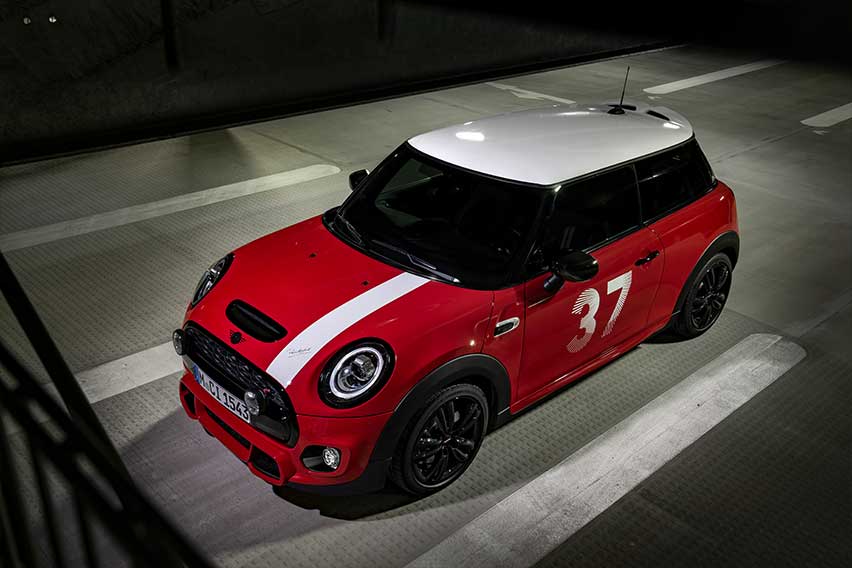 In 1964, Northern Irish rally driver Patrick “Paddy” Hopkirk made a legendary win at the Monte Carlo Rally using the classic Mini Cooper S. To honor this remarkable achievement, Mini has developed the special edition model with exclusive design and features. The Mini Paddy Hopkirk Edition is marked with the number 37 on the driver and passenger doors as a nod to the winning car’s start number.

The winning streak at the Monte Carlo Rally was celebrated by Mini fans all over the world. Up to this day, the Mini Cooper S still continues to be an iconic rally car. The Mini Paddy Hopkirk Edition gives an opportunity to enthusiasts to express their passion for racing in an authentic way. The special edition model features an exterior paintwork that was inspired by the historic rally winner’s style. It is also designed with high-gloss black accents on the radiator grille, headlights, rear lights, lower air intakes, bonnet, door handles, fuel filler flap, and tailgate handle. The Mini logos at the front and rear are also finished in high-gloss black. The start number 37 is also embellished on the side scuttles. Other distinctive exterior features include LED headlights, Union Jack designed rear lights, “Paddy Hopkirk Monte Carlo” stickers, and a single bonnet stripe on the left side that bears the signature of the famous rally driver. The number plate of the 1964 Monte Carlo winning car, 33 EJB, is displayed on the bonnet strip using 3D graphic effects.

The decorative trim strip on the passenger side also bears Hopkirk’s signature. The edition model is also equipped with the Mini LED entry sills that are embellished with the name “Paddy Hopkirk.” It also comes with the Mini Excitement Package ad Comfort Access. Other standard features include piano black auxiliary headlights, a key cap with the start number 37, and the piano black waistline finisher for the trim strips between the body and the greenhouse.

The edition model is powered by a four-cylinder petrol engine with Mini Twin Power Turbo technology that generates a maximum power output of 192hp between 5,000 to 6,000rpm and a maximum torque of 280Nm between 1,350 to 4,200rpm. It has the ability to accelerate from zero to 100kph in 6.7 seconds.