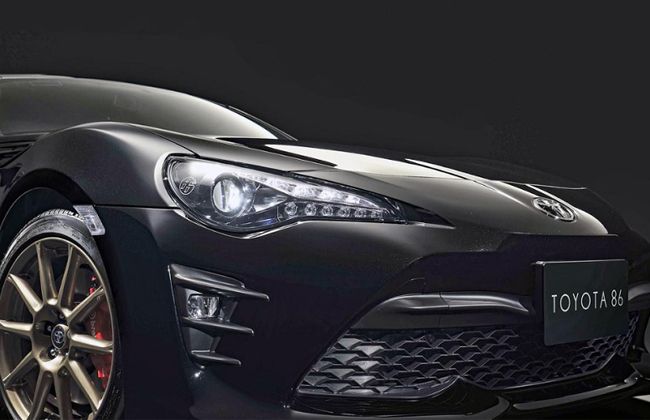 MANILA: As much we are excited about the new offering from Toyota, which is the 86 GT Black Limited special edition, at the same time we feel that the end for Toyota 86 is near. Perhaps, the much-hailed and acclaimed sports car is getting a farewell edition in the form of GT Black Limited.

Following the footprints of Toyota AE86 Black Limited, this newest production model was earlier introduced as a concept at the 2020 Tokyo Auto Salon in January. However, the concept was not given much hype mainly because the GR Yaris caught all the attention at the show in Japan. Finally, the concept has now evolved as the production model.

Toyota unveiled the AE86 Black Limited, back in January 1986 and then it was considered to be the most affordable sports car. Many of us also fell in love with the three-door hatchback having a black exterior and gold wheels. The beauty of the car was complemented by a pinstripe finished in the same shade.

Toyota 86 GT Black Limited is full black with bronze 17-inch alloy wheels, it is the complete sobriquet of its ancestor AE86 Black Limited. Inspired by the AE86 Sprinter Trueno Black Limited, the GT 86 Black Limited will be exclusively made for Japan. Sources confirmed that only 86 farewell units shall be offered that too in two and three-pedal setups.

The red Brembo brake calipers behind the wheels are very prominently noticeable and the car also features special Sachs shock absorbers which give a comfortable and stable ride. Underneath the car lies black floor undercovers that improve the airflow but this cannot be seen from atop and cover the underbody of the car. A bronze pinstripe is also made available as an option to bring the GT 86 Black Limited model closer to AE86.

The interior of the car completely complements the black body finish with broadly black look along with subtle hues of bronze contrast. There is also a Black Limited logo on the dashboard with bronze embroidery, making it look all the more appealing. Seats are made of suede-like artificial leather and Alcantara upholstery.

Nonetheless, it is certain that the hues of black and bronze certainly makes the GT 86 a collectible model. Toyota will release 86 units of the 86 GT Black Limited, consisting half models with six-speed manual and the other half with automatic transmission. Japanese get lucky this time to receive this AE86 re-created farewell edition and order booking has also started which is said to remain open till April 16.