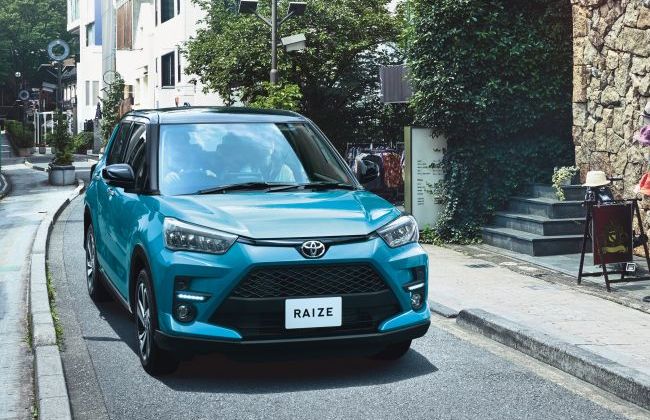 MANILA: Toyota Raize has been high on performance in its home country Japan, where it actually went on sale much earlier than its counter rival and performance equivalent, Daihatsu. According to a report by Best Car Web via AutonetMagz, Raize’s sales figures have been so outstanding, that it has outsold Toyota Corolla in Japan. This marks one crown on the achievement list for Toyota Raize.

In its home market Japan, Toyota Raize has recorded sales of 10,220 units for the month of January, followed by 9.117 units sold in December, and 7,484 units in November. Charts dominated by record growth in sales showcases remarkable growth in deliveries for the compact SUV.

On that note, the monthly sales target for Toyota Raize were set for just 4000 units, which is indeed is a very modest figure. It is interesting to note that, going by the actual sales figures, Raize has already outgone the target sales for six months. On the contrary, Toyota Corolla managed to just sell 8,480 units in the month of January, which is 2000 units less than to what Raize managed to sell.

Daihatsu’s production plant at Ikeda is currently operating at its full capacity, owing to such tenacious demand of Toyota Raize. The plant produces Toyota Raize and Rocky, both. The growing popularity of both these compact SUV’s can be made out from the fact that customers who booked their orders today, will have to wait till July to receive their deliveries. Waitlist stands at approximately four months, which is way beyond for any other Toyota model.

Toyota Raize is built on the Daihatsu New Global Architecture (DNGA) platform and it is the brand’s first SUV to be built on the idea of emerging markets. It features the monocoque construction having a strut front and beam rear suspension. Raize received the TRD range of accessories very shortly after its launch and the Modellista range of accessories were also offered on its due course of time. It is basically a low-priced derivative of the modular version of Toyota New Global Architecture.

What makes the Toyota Raize outstand other models is its 3,995mm length, 1,695mm width, and 1,620mm height. This makes it about the same size as the Hyundai Venue, Mahindra XUV300, Maruti Suzuki Vitara Brezza, and Tata Nexon. The Raize’s 2,525mm wheelbase and 185mm ground clearance does also full justice to the segment car. Also the 17-inch dual-tone alloy wheels offer huge wheelbase but it comes only on offer with top-spec variants.

The Toyota Raize went on sale in Japan last November with prices starting from RM64,000 which goes up to RM87,000. The Raize is powered by a 1.0-litre turbocharged three-cylinder engine which has the capacity to spark 98 PS at 6,000 rpm and 140 Nm of torque from 2,400 rpm to 4,000 rpm. Paired with a D-CVT, the overall performance of Toyota Raize is highly efficient and dynamic.