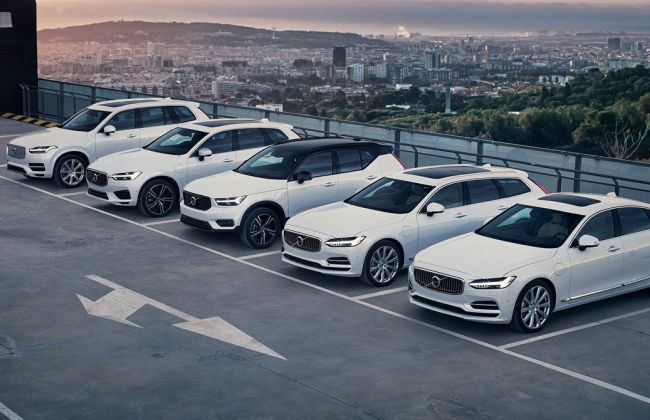 MANILA: In the evolving electric automobile segment, automakers have started going all guns blazing to benefit from the surging demand. Although we call it the electric vehicle segment, the crowd still comprise a large number of hybrid vehicles. Moreover, carmakers like Toyota have a firm belief in the fact that hybrid vehicles are the way to go forward as they are both more affordable and environment-friendly than pure electric cars. And now, it is not just the mass produces which are dishing out hybrid and electric cars as we see the likes of the Audi, BMW, Mercedes-Benz, and Volvo also joining the fleet in full capacity.

Speaking of Volvo's portfolio for the Philippines, the Filipinos now can get their hands on as many as three plug-in hybrids by the Swedish automaker. The lineup consists of the Volvo S90 sedan, the XC60 compact SUV, and the flagship XC90 mid-size SUV. Moving on, let's have a look at what the three Volvo plug-in hybrids have to offer.

Based on the SPA platform, the Volvo S90 sedan sits on an underpinning that features boron steel and is probably one of the most potent and dependable Volvo cars ever produced. Powering the S90 are the Drive-E powertrains by the Swedish automaker's. The powertrain options include the T8 Twin Engine, petrol-fed motor, and diesel-powered mill as well. Moreover, taking centre stage today is the T8 Twin Engine plug-in hybrid variant that features an eight-speed automatic transmission. This combination of petrol and electric power results in a much powerful and environment-friendly performance. As for the all-electric range, the S90 hybrid can do around 40-km on electric power alone. Furthermore, the sedan also gets Volvo City Safety suite that brings along automatic braking functionality and collision avoidance systems with pedestrians, cyclists, and animal detection.

Next up is the SX60 compact SUV by Volvo, which is powered by a T8 Twin Engine plug-in hybrid. The SUV is served 415 hp of maximum power and a peak torque of 770 Nm by the hybrid powertrain. Not only the performance but also the appearance of the Volvo XC60 is quite sporty, enticing, and appealing courtesy of various design elements such as a high-gloss black grille, wheel arch extensions, large alloy wheels, numerous chrome bit & pieces, and black chrome tailpipes. Also, the ride quality offered by the Volvo XC60 is of high standards as the compact SUV gets a suspension setup by Öhlins. Along with a comfortable ride quality, the suspension setup by Öhlins also results in a sporty and fun-to-drive experience with sharp handling and superior stability.

The third and last Volvo on our list today is the Swedish automaker's flagship SUV, the Volvo XC90. The flagship SUV flaunts a traditional Volvo style appearance and comes loaded with LED lighting all-around, chunky alloy wheels, wide Volvo signature grille, vertically elongated taillamps, and various chrome elements. On the inside as well, the Swedish SUV is well equipped with all of the modern-day features and creature comforts such as electrically-adjustable & ventilated seats, automatic climate control, leather upholstery, cruise control, premium materials, touchscreen infotainment system with Android Auto & CarPlay, and whatnot!

The Volvo XC90 packs in a good 400 hp and can do around 640 kilometres on a single tank thanks to the hybrid tech onboard. As it's the case with every Volvo car, the XC90 is also safe as a house with the presence of Volvo’s Intellisafe suite of driver assistance that includes Collision Avoidance by City Safety, Blind Spot Information System (BLIS), and Cross Traffic Alert with Autobrake, Pilot Assist with Adaptive Cruise Control and Distance Alert, and Oncoming Lane Mitigation with Steering Assist.

Volvo has already announced that every new model that will walk out of its production facilities will feature hybrid tech. Moreover, the Swedish automaker also aims at becoming a climate-neutral company by 2040. So, if a safe, reliable, dependable, feature-laden, and environment-friendly car is on your wishlist, just head right over to your nearest Volvo dealership.