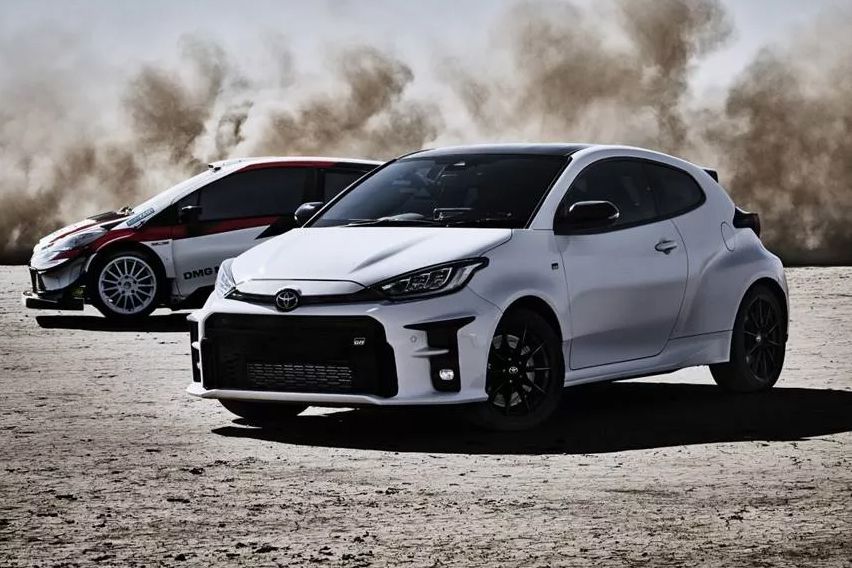 Toyota Gazoo Racing fans will definitely rejoice with the imminent arrival of the Toyota GR Yaris. Toyota Motor Philippines (TMP) has confirmed that the GR version of the urban hatchback will also be available in the country shortly after the launch of the Toyota Vios GR-S.

The GR Yaris originated from the battleground of the World Rally Championship (WRC). The vehicle was developed by Toyota Gazoo Racing in collaboration with Tommi Makinen Racing.

Last month, TMP revealed that the Toyota GR Yaris will be retailed at P2,650,000. Before its debut in the local market, let’s take a look at the key features of this much-awaited hatchback that will surely bring an exciting driving experience both on track and on the road.

The GR Yaris features a lower, wider, and edgier stance as compared to the traditional hatchback. The body is made of 10% aluminum which helps to make it lightweight yet rigid. The vehicle features the Gazoo Racing’s “Functional Matrix” grille which is exclusive for the GR lineup. It is designed with a large bezel that houses the supplementary brake duct and intercooler. It also comes with a large front under spoiler with a raised center part that keeps the dynamic look and regulates the airflow below.

The GR Yaris is designed with a lower carbon fiber roof for better aerodynamic performance. It is also equipped with a rear dual muffler and 18-inch forged alloy rims.

Under the GR Yaris’ hood is a 1.6-liter three-cylinder turbo engine that generates a maximum power output of 261ps at 6,500rpm and maximum torque of 360Nm between 3,000 to 4,600rpm. The powertrain is mated to a six-speed gearbox with Intelligent Manual Transmission (iMT). The game-changing engine enables the GR Yaris to produce a top speed of 230kph and accelerate from zero to 100kph in just 5.5 seconds.

The GR Yaris uses the all-new GR-Four system as a nod to the iconic Celica GT-Four high performance coupe. It comes with three 4WD modes: Normal, Sport, and Track. To ensure the its optimum control, the vehicle is also built with front and rear Torsen Limited-slip Differential (LSD).

For better handling and high-speed performance, the GR Yaris features a performance-tuned suspension system with MacPherson strut up front and double wishbone in the rear.

The GR Yaris comes with a set of intelligent safety features that will let you enjoy a worry-free driving experience. These include the pre-collision system (PCS) that oversees and decreases the possibility of frontal collision. The driver is notified by the system visually and audibly. The system also enables auto brake to alleviate or prevent an accident.

The vehicle also comes with dynamic radar cruise control (DRCC) that adjusts the cruising speed while keeping distance from the preceding car when driving on a straight road. If ever the preceding car drives more slowly than your set speed and you reach the set distance, DRCC will automatically adjust your speed without deactivating cruise control.

Another TSS feature on the GR Yaris is the lane departure alert (LDA) with Lane Tracing Assist (LTA). This feature makes use of the camera sensor and millimeter wave radar to avoid unintentional drifting across the lanes. Meanwhile, the LTA function helps the car to stay in the center of the lane. If ever the system detects that the vehicle is straying from its lane, the driver will be notified through an alarm and minor steering adjustments to realign the vehicle.

The GR Yaris is also equipped with automatic high beam (AHB) which is automatically activated at night and toggles between low and high beams according to the headlights of oncoming vehicles and taillights of preceding vehicles. This feature provides better visibility for early pedestrian or obstruction detection.

To learn more about this highly anticipated sports hatch, check out its main specs on the chart below.