Mitsubishi Strada vs Ford Ranger: Which one is the best pickup?

Abhishek Katariya on May 28, 2018 for Mitsubishi Strada 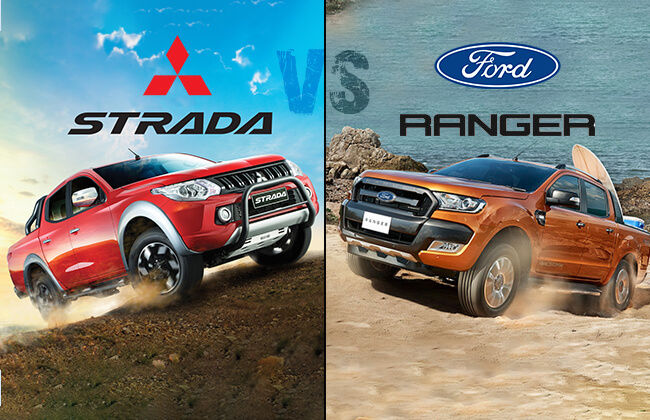 Pickup trucks are an everyday sight on our streets. Not only are they used as utilitarian vehicles but many prefer them as lifestyle units. Perhaps this is the main reason for them to be adopted as easily as a step-thru in each family. We often get questions whether the tried and tested Ford Ranger is a good car or if one should opt for the Japanese fighter, the Mitsubishi Strada. While the Toyota Hilux is a strong contender and accounts for almost 40 percent of the pickup sales here, it is usually a natural choice for the buyers. A few retailers told us that people usually come in confused only between the Strada and Ranger. So we called for both these cars for a test and have compared them here.

The Mitsubishi Strada looks a lot like the Pajero which has bowed out of most regions. This in itself helps buyers identify the pickup as an equivalent to its SUV cousin. It is of course based on the same platform. The projector headlights and the saucer-shaped fog lights cut a distinctive personality for the Strada. If it’s personality alone and if you want your pickup to look like a rockstar, then there is no going further than the Ford Ranger. It not only looks butch it also has a wide road presence. North America swears by it and we are sure, even we here will start with the chants. The Ranger and Everest too are cousins and there is a lot of common parts. This is done to keep costs in check. There is the juicier Ranger Raptor coming in next year too.

The Ford Ranger is our pick in this department

Here it is the Strada that starts to make more sense. While Ford has concentrated nearly all the buttons on the steering wheel of the Ranger. While this may be useful after a few months of ownership, it tends to be confusing for the customer who has come in a test drive. In this case, the Mitsubishi has only a few buttons for making calls and to change the volume or source of music. Both the cabins adopt the grey theme, however, the plastics used in the Strada are a tad  softer. Both of them offer a powered driver’s seat and can seat five people in good comfort. We personally liked the Ranger comprehensive meters that provide all the information one could ever need. Both the cabins provide ample of storage spaces. The payload capacity of the Ranger depends on the trim opted for and is between 1,000 kg to 1,100 kg. Towing capacity is again from 2,500 to 3,500 kg. In the meanwhile, Mitsubishi too boasts the same towing capacity as well as payload.

We quite like the Strada’s interior while the Ford isn’t bad either. Its a tough one here. None of them though is a deal breaker.

Ford offers the Ranger with a 2.2-litre and 3.2-litre turbo diesel units. The smaller diesel is available with a 125 PS, 150 PS, and 160 PS power configurations while the 3.2 comes only in 200 PS guise. A 6-speed manual, as well as automatic transmissions, are on offer. The engines are reasonably powerful on the road while the 200 PS unit makes it a cakewalk to overtake and maintain momentum on the road. The 160 PS and 200 PS tune engines get the optional 4x4. Mitsubishi offers a 2.4-litre and 2.5-litre diesel engines with the Strada. The latter makes 136 PS and 178 PS, the smaller motor offers a higher power output at 181 PS. A choice of 5-speed manual/automatic and 6-speed manual and automatics are on offer with the Strada pickup. 4WD is an option on most of the trims. The Mitsubishi engine is a tad unrefined inside the cabin. Ford has a better insulation provided for. Expect a fuel efficiency of around 11-12 kmpl with the higher powered engines of both while the lower configurations will give 13 kmpl efficiency.

Both the SUVs are based on a ladder frame chassis and are known to take the rough quite easily. Ride quality on the Ranger is slightly better even without a full load. The Mitsubishi feels a tad wallowy. However, the Mitsubishi has a better steering feel. Road grip and body roll are well contained in both. As discussed earlier, the Strada’s motor is a bit more vocal in operation. In terms of safety, the Ranger is better equipped with 5 airbags, ABS along with EBD, ARP and various other aids as standard. Mitsubishi only offers two airbags as standard along with a few electronic nannies.

Abhishek Katariya on May 28, 2018 for Mitsubishi Strada 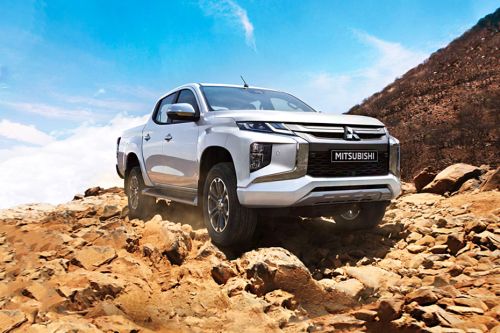 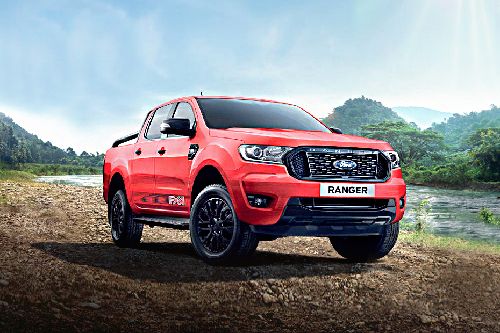