Honda Brio - What makes it a good buy? 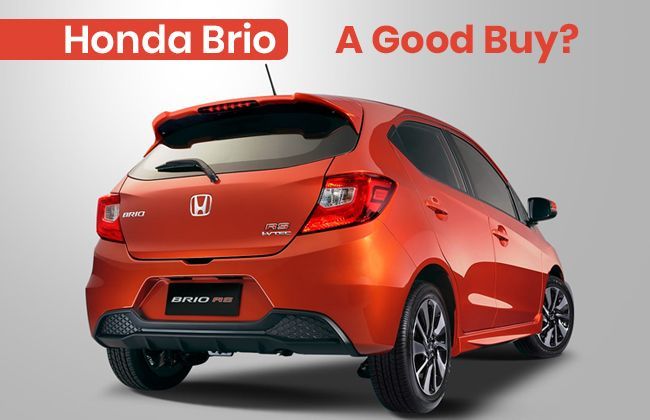 While Crossover SUVs and luxury sedans have their fair share of takers around the world, the more down-to-earth hatchback segment is still very much an important part of the automotive industry. And especially in many of the globe’s emerging markets, the popularity and wide acceptance of the A & the B-segment hatchback cannot be overlooked. For many of the auto giants in this cut-throat industry, the Philippines is one of the most heavily-trafficked markets in the South-East Asian region - especially in terms of its potential customer base. Back at the Philippine International Motor Show in 2014, Japanese automaker Honda unveiled the Brio. Based on an entirely new architecture and specifically aimed at markets such as the Philippines, the Honda Brio was to be the most affordable Honda car, yet.

The first-generation Honda Brio arrived in the Philippines in the latter part of 2014, while the all-new second-gen model made its debut in April 2019. The new Brio is built at Honda’s Indonesian plant and then shipped to the Philippines, and it’s currently offered in up to four different variants. Honda claims that it has made some fairly important updates to the 2019 Brio, making it a stronger overall package than its predecessor. However, what makes the new Honda Brio a good buy? Well, let’s find out.

If you like your hatchback to possess a mature exterior design language, but don’t want to miss out on some of that urban chic, the 2019 Honda Brio could be viewed as an attractive proposition. While the older model was arguably a more distinctive design and was thus more playful in its demeanour, the latest incarnation is all about blending cheerful with practicality. When viewed head-on, it’s easy to notice the heavily revised and sculpted face of the 2019 Brio; now featuring Honda’s signature ‘Flying grille’ design with its honeycomb pattern, new sweptback headlamps, streamlined bonnet, and a bulging, more aggressive bumper with sporty fake vents on the sides and a honeycomb-styled centre air dam.

Along the sides, the sharp ridges, pronounced contours and angles add quite a bit of character to the 2019 Brio, though Honda has tweaked the design of the new Brio’s window line, roofline, C-pillars and alloy wheels -- all of which makes this hatchback look interesting without going overboard with various styling cues. The completely revised backend of the 2019 Brio loses out on the fancy full-glass hatch of its predecessor but still looks modern and youthful. The most noticeable design traits here include the bulging LED tail lamps, roof spoiler, plus a sculpted tailgate and bumper. The 2019 Honda Brio is also longer, taller, and boasts an extended wheelbase - now at 3,815mm X 1,485mm X 2,405 mm, respectively.

The interior of the 2019 Honda Brio may not be the most contemporary or stylish in its class, but it certainly seems to embrace a minimalistic yet sporty design theme. While the lower trims could seem a little bland and monotonous, the fancier RS variants get bright orange accents, driver-oriented centre stack with a piano black finish, stylish 3-spoke steering wheel, special RS seat fabric, and RS branded instrument cluster. Honda has also improved on some of the materials that are used in this cabin, while the overall build quality and fit-and-finish have seen some marginal improvements as well.

Furthermore, sound insulation is better now, while outward visibility isn’t a bother, either. More importantly, thanks to the longer wheelbase of the new Brio, legroom for backseat passengers have undoubtedly grown -- it’s still not palatial, but it isn’t an arduous task anymore. Finally, the Honda Brio’s boot space has been increased, too, now capable of carrying up to 258 litres of luggage with the rear bench in place, and 710 litres with them folded down.

While it may not be as feature-rich as some of the other cars in the segment, the 2019 Honda Brio specs sheet is decently equipped for its price. The base variant gets stuff such as multi-reflector halogen headlights chrome grille garnish, LED parking light guide, power-adjustable door mirrors, rear wiper, keyless entry, manual aircon, four-speaker audio system with Bluetooth & USB support, split-folding rear seats, power windows and tilt-adjustable steering.

This naturally-aspirated motor comes mated to Honda’s Earth Dreams Technology Continuously Variable Transmission (CVT), which directs power to the front wheels. The Brio is quite easy to drive, feeling nimble yet sure-footed on the open road. However, it isn’t a particularly fast car, taking over 12 seconds to hit 100 kmph and boasting a top speed of approximately 160 kmph. Even when pushed hard, the Honda Brio’s i-VTEC four-popper remains pretty refined and mostly free of any vibrations.

In the Philippines, the 2019 Honda Brio price range starts from PhP 598,000 for the entry-level S MT variant, while the range-topping RS Black Top costs Php 735,000. Meanwhile, the two mid-tier variants (namely the V CVT & RS CVT) are priced at Php 658,000 and Php 737,000, respectively. Given its price-point, brand value, updated design, and a more spacious interior, the 2019 Honda Brio is a fairly well-sorted small hatchback.