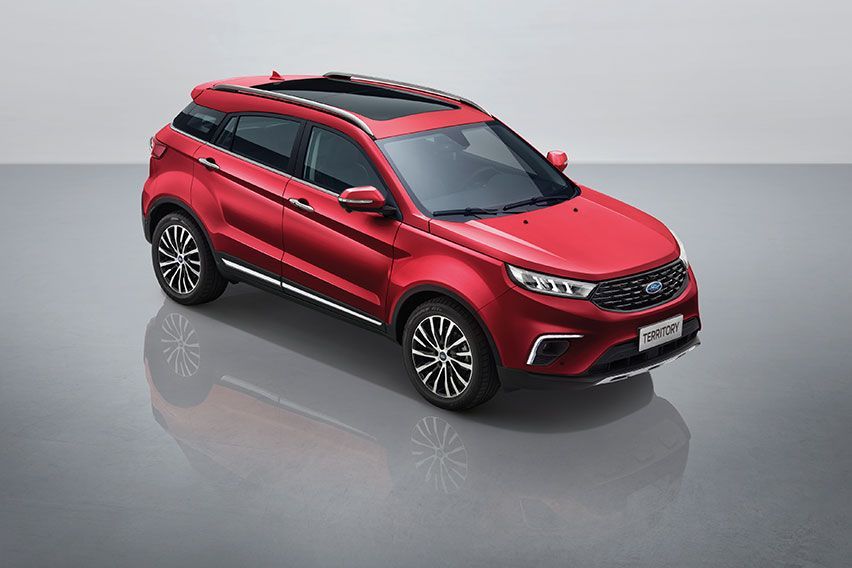 The positive buzz following the Ford Territory’s launch in 2020 was extra remarkable since it invaded a space that has, of late, been seeing a glut of entrants of late. It means a lot to stand out in this crowd.

The category, of course, boasts undeniable attractiveness both in function and form — not mention to mention affordability. Filipinos share a global fascination with the crossover/SUV form for both practical and aesthetic reasons. And, to be sure, the Ford Territory ticks the right boxes and hits a sweet spot even at first blush.

We take a look at what makes this new SUV model from Ford a lord of its domain:

Let’s start with what truly matters. When some brands release more inexpensive vehicles, they scrimp on safety features because, well, hardly anyone thinks of these things until they need them. That’s clearly not the case with Ford, as it packs the Territory with a myriad of safety and driver-assistive niceties, largely through its proprietary Co-Pilot 360, which acts as a vigilant partner to help keep occupants safe from harm on the road.

It starts with impressive high-definition, 360-degree video coverage which affords the driver a clear and complete idea of the Territory’s periphery – perfect for tight squeezes and tricky situations.

Then there’s adaptive cruise control (with forward collision warning), which allows the driver to set the vehicle’s speed and keep it there without intervention via the gas pedal. The system continuously monitors the vehicle/s in front and adjusts speed accordingly to maintain a safe distance. In case of a collision risk, the Territory warns the driver, and can even apply the brakes automatically. Meanwhile, the blind spot information system (BLIS) remains on the lookout for automobiles coming up behind and to the side of the Territory – even if these typically appear in the driver’s blind spot. A warning light appears on either side mirror to alert the driver.

As a last resort, a total of six airbags — driver, front side. and side curtain — can deploy for a complete shell of protection.

With increased congestion, tight and challenging streets and spaces, parking is typically the most painful part of one’s motoring experience. The Territory steps up to the plate in this regard via Ford’s Enhanced Active Park Assist feature. This enables the driver to execute perfect parallel and (a segment first) perpendicular parking with the system taking over the wheel and instructing motorist on throttle and gear. The Territory can even look for a suitable parking spot.

With a centralized smart hub predicated on a large 10-inch touchscreen, the Territory’s infotainment system is a sure winner in the bang-for-buck category. From this attractive digital screen, users can conveniently control audio, air-conditioning, ambient lighting, and other settings. The interface can even be customized into 25%, 75%, and 100% viewing modes. The Territory also doesn’t play favorites as it accommodates both Apple CarPlay and Android Auto-enabled devices.

With all its segment-defying features inside and out, the icing on the cake is that the Territory is truly a head-turner. The beautiful front fascia, elegant lines, dynamic profile, and well-conceived and executed rear surely contribute to a modern vehicle for contemporary needs and tastes. The polish and intuitiveness extend to the cabin – underscored by theater-like seating which gives second-row passengers a virtually unrestricted, panoramic view as the seating is raised relative to the front seats.

Eyes on the price

The best part of it is that the Ford Territory delivers all those propositions for under what you’d normally think: P1.299 million for the 1.5L EcoBoost Titanium+ CVT, and P1.199 million for the Trend CVT. Even if less expensive options are available, one would be hard-pressed to find one that serves up this much for the asking.