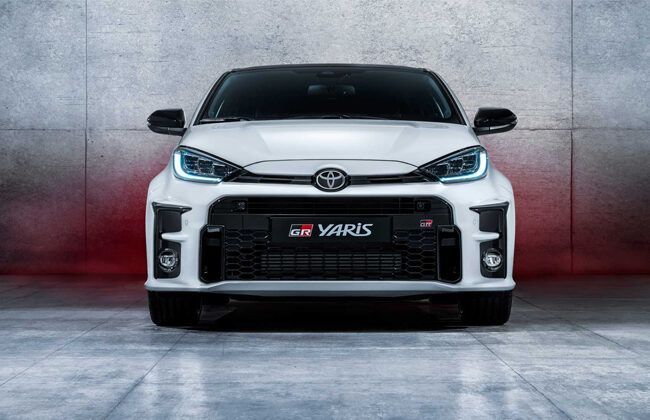 MANILA: The fruition of the blending Japanese automaker's experience at the World Rally Championship (WRC), the expertise of Tommi Mäkinen Racing, and a dose of true Toyota Gazoo Racing DNA is the all-new Toyota GR Yaris. The second global GR model, the Toyota GR Yaris is also the automaker's homologation model for future World Rally Championship activity. Moreover, one of the more enticing parr of the performance hatch remains to be the world's most powerful three-cylinder engine.

Thanks to the design and engineering skills of Toyota Gazoo Racing and Tommi Mäkinen Racing, the Toyota GR Yaris carries a unique and performance-dedicated appearance while sitting on a rather interesting underpinning. The foundation of the Toyota GR Yaris is a combination of two platforms as the car used the front end of the GA-B platform alongside the rear end of the GA-C platform. The hot hatch sports a three-door body accompanied by a roof lower by 91mm than the standard model. Frameless doors, sporty & large front grille, rear spoiler, wide wheel arches, and 18-inch alloy wheels further enhance the look of the GR Yaris.

Powering the all-new Toyota GR Yaris is a 1.6-litre three-cylinder turbocharged DOHC 12-valve engine that churns out a maximum power of 257 hp and 360 Nm of peak torque. The world's most powerful three-pot motor benefits from the likes of a part-machined intake port, multi-oil jet piston cooling, and large-diameter exhaust valves. It is then a six-speed manual taking care of the power delivery duties. Courtesy of a lightweight of 1,280-kg and high power output, the weight to power ratio stands at 5.0 kg per bhp. Guessing the performance figures? Well, the Toyota GR Yaris can do a 0 to 100 kmph run in under 5.5 seconds before topping out at an electronically limited top speed of 230 kmph.

There is also the GR-Four all-wheel-drive system that uses different gear ratios for the front and rear axles. The system can offer front/rear torque balance from 100:0 (full front-wheel drive) to 0:100 (full rear-wheel drive), 30:70 for a fun-to-drive experience, and also 50:50 for racing on tracks.

The suspension system on the Toyota GR Yaris comprises of a double-wishbone set-up at the rear and a MacPherson strut system at the front. Besides that, the 18-inch forged alloy wheels come wearing Michelin Pilot Sport 4s 225/40R18 tyres for superior stability, grip, and handling. The Toyota GR Yaris will be produced at a new production facility at the Japanese automaker’s Motomachi factory, which features a line dedicated to the manufacturing of GR sports cars.

"One of Toyota Gazoo Racing’s commitments is to use motorsport to refine its knowhow and its personnel, with the aim of launching world-class production sports cars. While the new GR Supra is a sports car developed through track racing, the GR Yaris has been devised through our participation in rallies – something that many of our fans have been waiting for", said Gazoo Racing President Shigeki Tomoyama while uncovering the GR Yaris at the 2020 Tokyo Auto Salon.