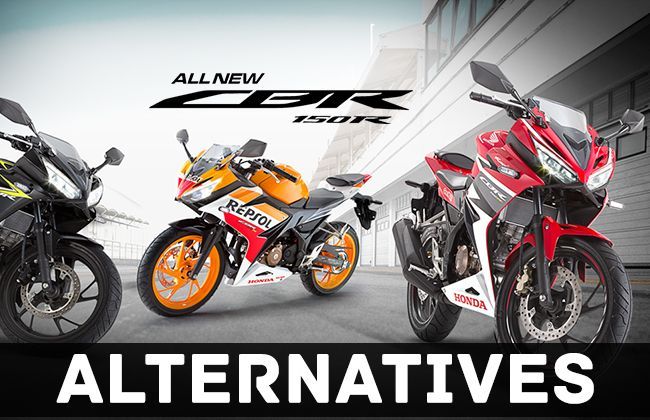 Underrated – this one word perfectly described the previous generation Honda CBR 150R. Essentially, the CBR 150R wasn’t actually the ‘real CBR’, for the fact that both the engine character, as well as, overall styling was based on the lines of Honda’s VFR series of sports tourers. And when the Honda CBR 150R was pegged against the scaled-down sports bikes from its Japanese rivals, it obviously lost the steam owing to its lack of character and outright performance.

Come 2018, and Honda has finally answered the prayers of its loyalists by completely revamping the CBR 150R. And just going by the looks of it, the bike definitely looks like how a proper CBR should. With a more aggressive design than before, the CBR 150R now looks sharper and means business, especially with added features like all LED twin headlights and tail lamp, lean angle sensor, and a fully digital instrument console. Not only this, even the performance from the 4-stroke, single cylinder, liquid cooled, 149 cc engine has taken a bump, with an increased power and torque outputs of 17.1 PS and 13.7 Nm.

However, like before, the Honda CBR 150R has got some really established rivals to watch out for. And the game has become even more interesting, considering the fact that even the rivals have stepped up the game by reinventing themselves into all new models. Following is a list of three main head-on competitors of the Honda CBR 150R.

Essentially the king and benchmark of the 150cc sports bike category, both in terms of performance and sales numbers, the Yamaha YZF R15 has been ruling the roost like a boss since day one. The new Yamaha R15 has entered into its third generation, which definitely means that this new YZF R15 is the sportiest of all the R15s sold till date. Bearing a clear resemblance with the flagship YZF R1, the new R15 looks leaner, angular and sportier. With features like twin full LED headlamps, split seats, fully digital instrument console and LED tail light, it looks futuristic as well.

However, the main talking point of the new Yamaha YZF R15 is its all-new powertrain. The engine is a 4-stroke, single cylinder, liquid cooled, 155 cc unit, which pumps out an impressive 19.3 PS of maximum power and 14.7 Nm of torque. Thanks to Variable Valve Actuation technology, the power delivery has become even more responsive, making the R15 much more thrilling to ride than ever before. And since it’s a YZF series motorcycle, the R15 handles like a charm as well, thanks to its precisely crafted Deltabox frame.

Witnessing the success of the Honda CBR 150 and Yamaha YZF R15 in the entry-level 150 cc sports bike category for a long time. Suzuki finally unleashed the GSX-R 150 to complete the trilogy of the arch rivalry of Japanese makers. Just like its competitors, the Suzuki GSX-R 150 is designed on the lines of the big daddy, the GSX-R 1000. This means that the GSX-R 150 looks beefy and modern with a streamlined design and features like full LED headlamp, fully digital instrument console (the most comprehensive one in this segment), and an LED tail lamp. The highlight of the motorcycle happens to be the keyless ignition remote system inspired by high-end superbikes.

Powering the Suzuki GSX-R 150 is a 4-stroke, single cylinder, liquid cooled, 150 cc engine, which produces a maximum power output of 19.1 PS and a peak torque output of 14 Nm. The performance and power delivery are more or less similar to the R15, thus giving it an edge over the lesser powerful Honda CBR 150R. Even the other mechanical components like brake and tyres mirror the specifications of the Yamaha YZF R15.

In terms of specifications and size, the Kawasaki Rouser RS 200 might not be a direct rival to the Honda CBR 150R. But when it comes to pricing, yes, it is. Originally a Bajaj Pulsar RS 200 sold in its home market, India, the Kawasaki Rouser RS 200 is just ITS badge engineered version in the Philippines market. The Rouser RS 200 is clearly the biggest motorcycle here both in terms of size and powertrain. Also, it has got some really interesting features which set it apart from other motorcycles in this category, such as dual projector headlamps, daytime running LEDs, LED turn indicators, part-digital instrument console, backlit switchgear, and rear fender mounted LED tail lamps. However, the overall styling is purely subjective, as it feels to be slightly overstyled.

The Kawasaki Rouser RS 200 sources its thrust from a 4-stroke, single cylinder, liquid cooled, 199.6 cc engine. This mill puts up 24.3 PS of power and 18.2 Nm of torque, thus making it the most powerful machine in this list. However, unlike its rivals, the engine of the Rouser RS 200 uses two spark plugs for more efficient fuel combustion.