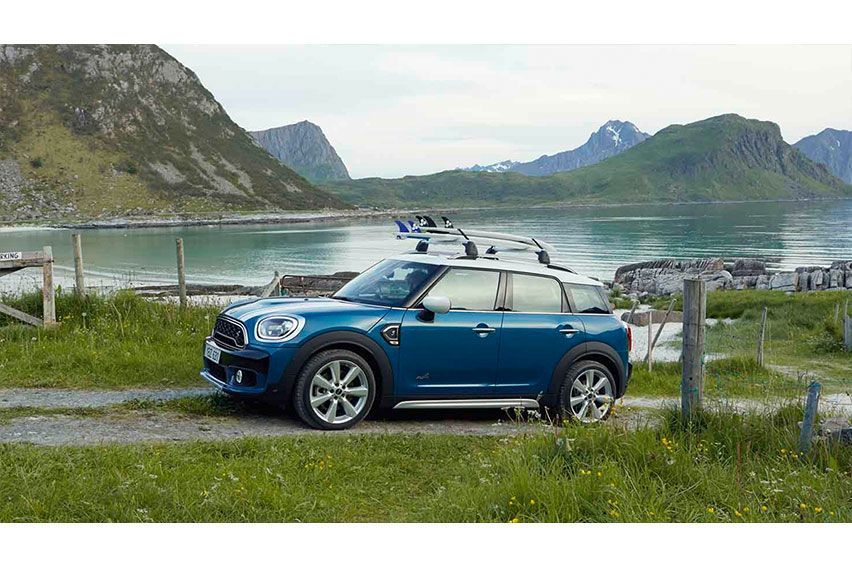 Can a vehicle have both the legendary MINI driving characteristics while taking more people onto roads less traveled? In 2010, the MINI Countryman was first unveiled to a market continuing to be enamored by the SUV genre. As a subcompact luxury crossover SUV, the MINI Countryman answered the opening question in the affirmative, while ticking the boxes that people looked for: space, increased utility and capability.

It was a certified hit. As one of the core vehicles of the brand which refocused into five key models, the SUV reinterprets distinctly MINI qualities into a vehicle that can take more people to more places and on more adventures as an “ultimate all-rounder” ready for either a winding coastal road or a congested urban road.

The model is distinguished by design elements such as a helmet roof, upright rear lights, hexagonal radiator grille, and large headlamps. Turn indicator surrounds called “side scuttles” now possess an arrow-like shape. The MINI Countryman gets satin aluminum-finished roof rails and silver side sill tops. LED headlamps are complemented by a daytime driving light ring, and parking lights are integrated into the air inlets.

The MINI Countryman seats up to five in comfort, offering legroom and shoulder room for even the tallest of passengers. Generous space extends up to the cargo bay, which can offer from 450 to 1,390 liters of storage capacity. The second-row seats can be slid backwards up to 13 centimeters for extra legroom, and their seatbacks can be folded down in a 40/20/40 split or longitudinal adjustment via a 60/40 split. At both front and rear, door pockets can hold one-liter beverage bottles. The center console which extends up to the instrument panel has an integrated storage compartment and two cup holders in front of the gear or selector lever. The MINI Controller and the switch for the electrical parking brake are also positioned on the center console.

For enhanced comfort of the front occupants, the adjustment range of their seats has been widened – with powered adjustment optionally available on the MINI Cooper S Countryman Pure and standard on MINI Cooper S Countryman Sport, including a memory function on the driver’s side. Easier ingress and egress come courtesy of larger rear door openings compared to the previous model. The tailgate electrically opens, and features a touchless opening and closing function.

The signature circular central console is fringed by an LED ring that “provides a lighting display in response to driving situations by way of control feedback.” This is part of the MINI Excitement Package, which is also comprises of the LED ambient lighting and a projection of the MINI logo from the exterior mirror on the driver’s side when opening and closing the car.

Under the hood is a four-cylinder 2.0-liter petrol engine with MINI Twin Power Turbo Technology mated to an eight-speed sport automatic. The system outputs 192hp and 280Nm in the MINI Cooper S  Countryman Pure and Sport; 306hp and 450Nm in the MINI John Cooper Works Countryman.

Precise handling and heightened agility are lent by a suspension system using a single-joint spring strut axle at the front and a multilink rear axle at the rear. The MINI Countryman also gets electromechanical steering with Servotronic function, powerful brakes, and Dynamic Stability Control (DSC).

As a vehicle that loves the outdoors, the MINI Countryman promotes adventures not just via its ability to negotiate roads less traveled, but even through thoughtful amenities like a MINI Picnic Bench. Located underneath the load floor, this is a soft two-seat bench with a fender dirt protection flap.

Watch a short video of the MINI Countryman here.