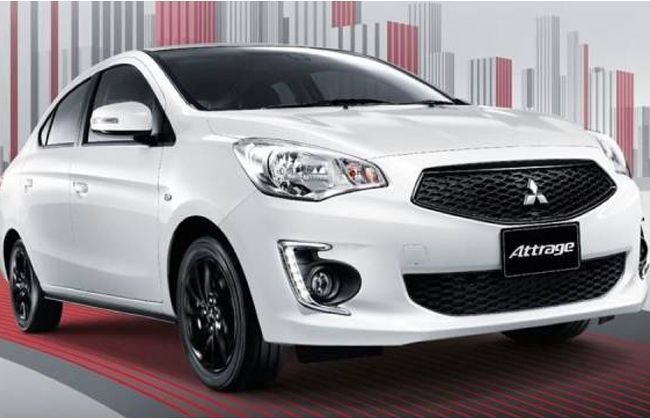 MANILA: Mitsubishi Philippines has always been serious about the affordable entry-level segment. One of the many models in the lineup, the Mirage G4, received a slight facelift on the rear profile a few months back. And now, the company has revised the front fascia too, albeit in Thailand.

The new facelifted Mitsubishi Attrage (known as Mirage G4 in the Philippines), has received a lot of ‘black’ additions. For example, a newly designed all-black front grille and air intake with the honeycomb pattern. The alloy wheels are new too and get a gloss black splash.

Mechanically, the new Mitsubishi Attrage in Thailand has received no updates. It is powered by the same 1.2-litre 3-cylinder motor that can make 78 PS of power and 100 Nm of torque. For the transmission, the CVT unit is still on offer along with the optional 5-speed manual.

The cabin has received minimalistic changes. The Thai-spec model gets black upholstery that has been done in synthetic leather and comes with red stitchings. However, there are some feature additions like the inclusion of voice command. The top-spec variant gets cruise control as well. The infotainment system gets a good upgrade, and it now comes with Android Auto and Apple CarPlay.

The safety department remains the same as the pre-facelift model. The top-of-the-line variant gets Forward Collision Mitigation, along with Radar-Sensing Mis-acceleration Mitigation. The former system is also known as autonomous emergency braking, and the latter is responsible for reducing power when the vehicle is right in front of an obstacle.

For the Philippines market, Mitsubishi has not mentioned anything about the introduction of the new generation Mirage G4. However, there were reports that claimed the new Mirage G4 would come sometime in 2020, featuring a new platform sourced from Nissan.